A short story responding to the theme ‘Altered Perspectives’ and inspired by a trip to Glen Coe, featuring photographs from the journey. 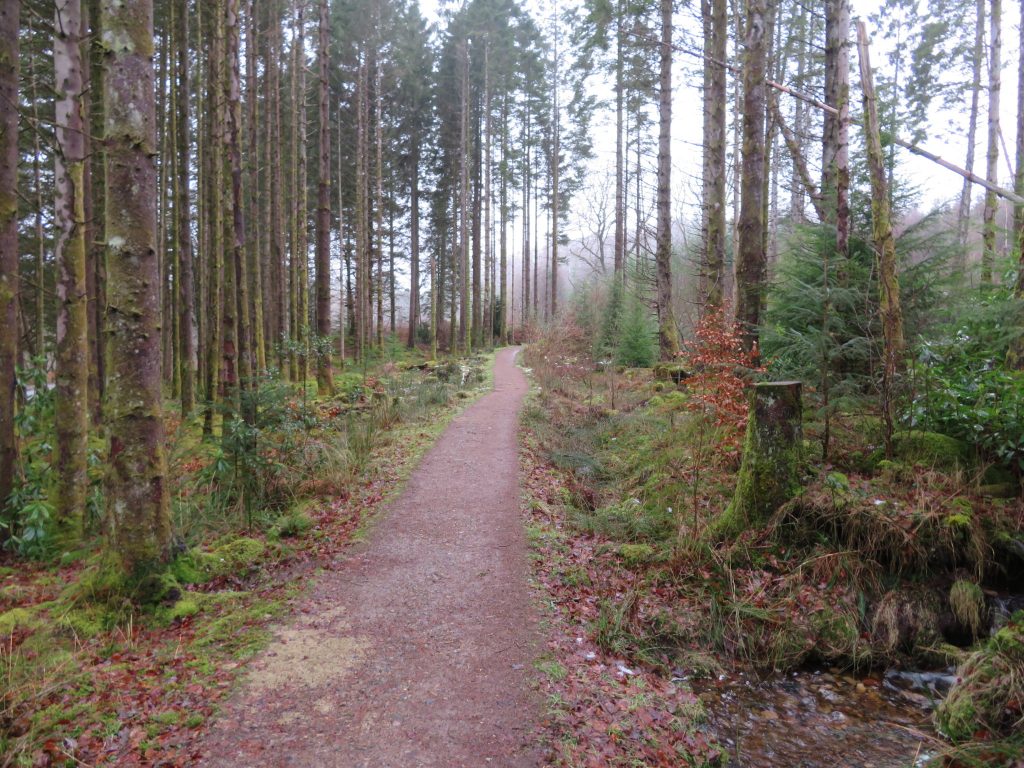 When your father is the tallest tree in the forest, and you clutch onto his highest branches, there’s nothing to shield you from the scouring wind belching forth from the gaping mouth of the glens. But at least the view is good: snow in the winter, storms in the spring, hikers in the summer, and a pulsating, shifting melange of colours in the autumn. The kind of colours that drive artists mad by their inability to match on the canvas what lies beyond their easel, beyond their grasp and skill and pallet. It’s nice to be part of something, even when you’re only a very very small part, the size of a pinecone, say.

That icy wind is cold enough to feel like searing heat. The pinecone has overstayed its welcome on it’s father’s arms, lifted as they are as if in supplication to the sky. Its brothers and sisters all fell long ago, dropping off one by one, bidding their farewell as they plummeted to the forest floor. So many branches and fronds hang between the pinecone and them that they have been lost to the pinecone since their descent. Leaving the pinecone, alone with the wind, above the forest and below the clouds. 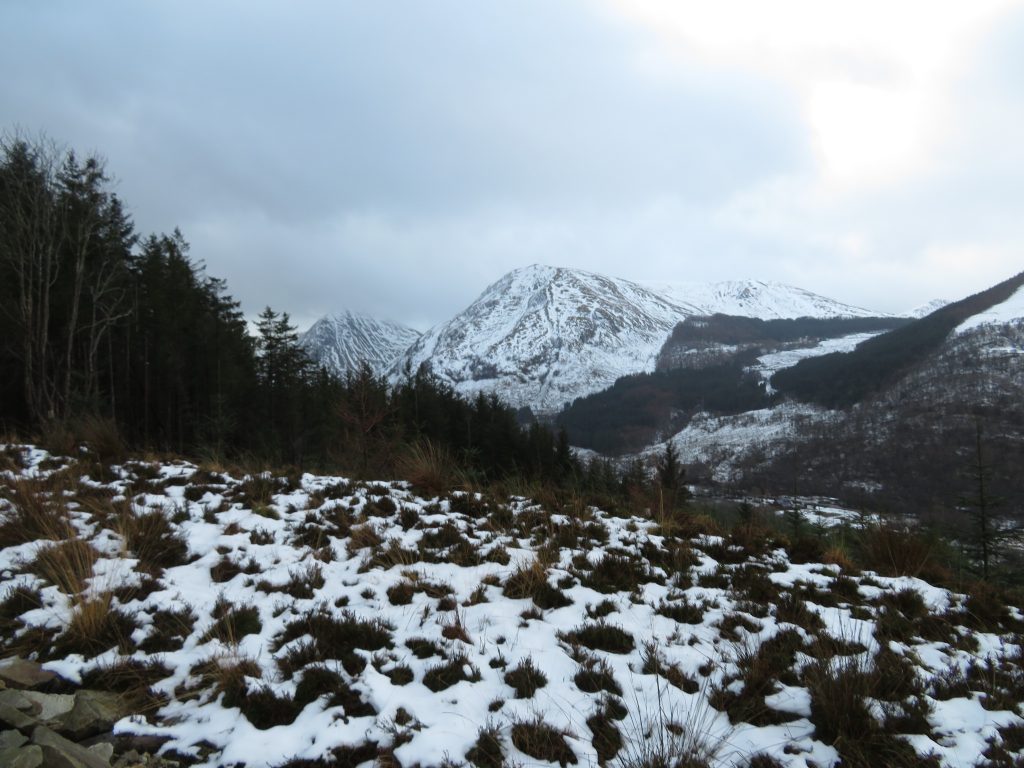 Nighttime in the glens is the most beautiful and terrifying of times. The disappearance of the sun takes with it the certainty of the world. In darkness, anything can happen. And in darkness, it frequently does happen. The eeriest of sounds, filtered through the branches and twigs below, can make a pinecone wonder just what might be beneath the obfuscating canopy, whether those creatures making the noises are friendly or feral, furry or ferocious. How long are their claws? How sharp are their teeth?

But nighttime brings the stars. In the moments after the sun vanishes and the world either seems to switch off entirely or become a pale homogenised wash of its former riotous variety, the stars, shepherded by the moon, drape a softened curtain of whimsy and peace over the glens. Everything is tamed by their softening sheen, at the same time as it is made otherworldly, especially when viewed from as high above as a pinecone in its father’s branches. Black sky, festooned by a dewy cobweb of stars, swallowing the bleached lands below, when the world is made unreal and unknown, makes for a time of infinite possibilities. 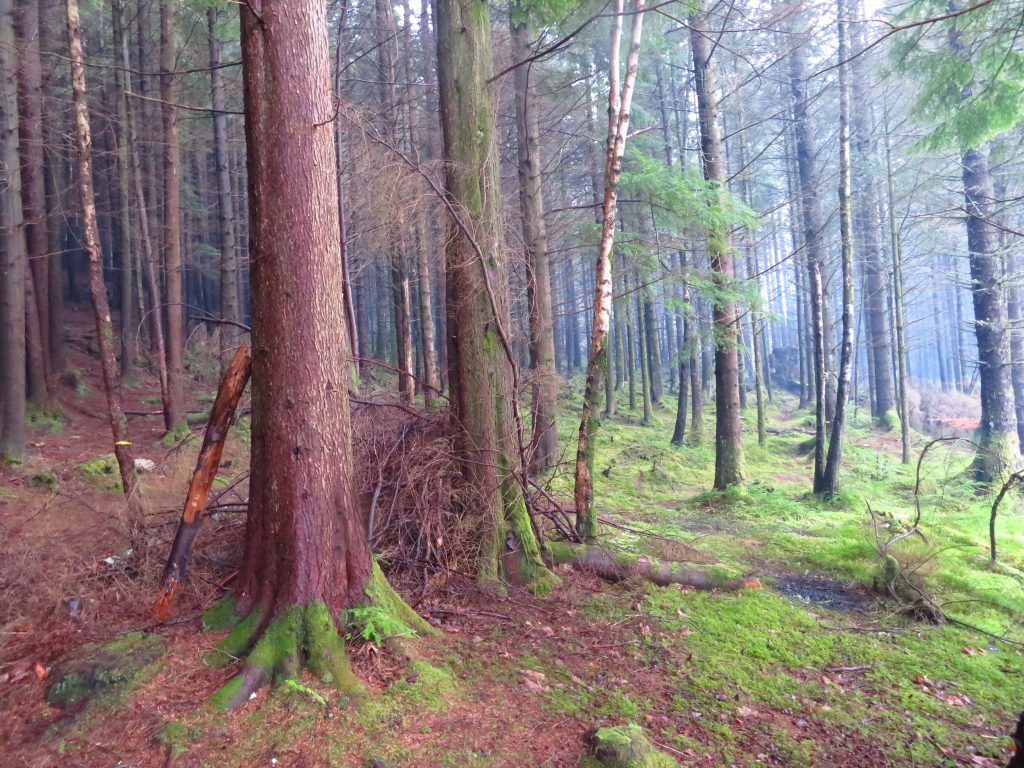 But that icy wind seems all too real. The pinecone can feel the chill breath of the snowy peaks, chastened in freezing temperatures, thrilling between its opened scales, sweeping through its very body. The pinecone can feel its delicate stalk begin to fail, just as the stalks of its brothers and sisters had failed before it.

But those scales, catching the wind, are causing a problem, twisting the pinecone on its stalk, turning it like a cork in the neck of a wine bottle, making it dance on the draught and bounce on the breeze until eventually, with one big breathe of air

The icy wind is lost within the buffer of branches. The pinecone, all its brothers and sisters long since fallen, bids farewell instead to the mountains and sky, the long white clouds quickly covered by wood and leaf.

If you’re small like, say, a pinecone, and can avoid the branches, falling from the treetops feels just like getting brushed all over. Until

The pinecone bounds away from the trunk of its father, ricocheting off an exposed root, the solid tendril weaving through a dense mat of pine needles and moss like a petrified snake. Enjoying a brief flight through the air, the pinecone soars over the husks of its siblings before hitting the ground and rolling on and on, building momentum on the downslope, unable to take in the new land that had until then been hidden below the branches, knowing only that it is hard and soft by degrees, and made of many different things with completely different textures. Knowing only that 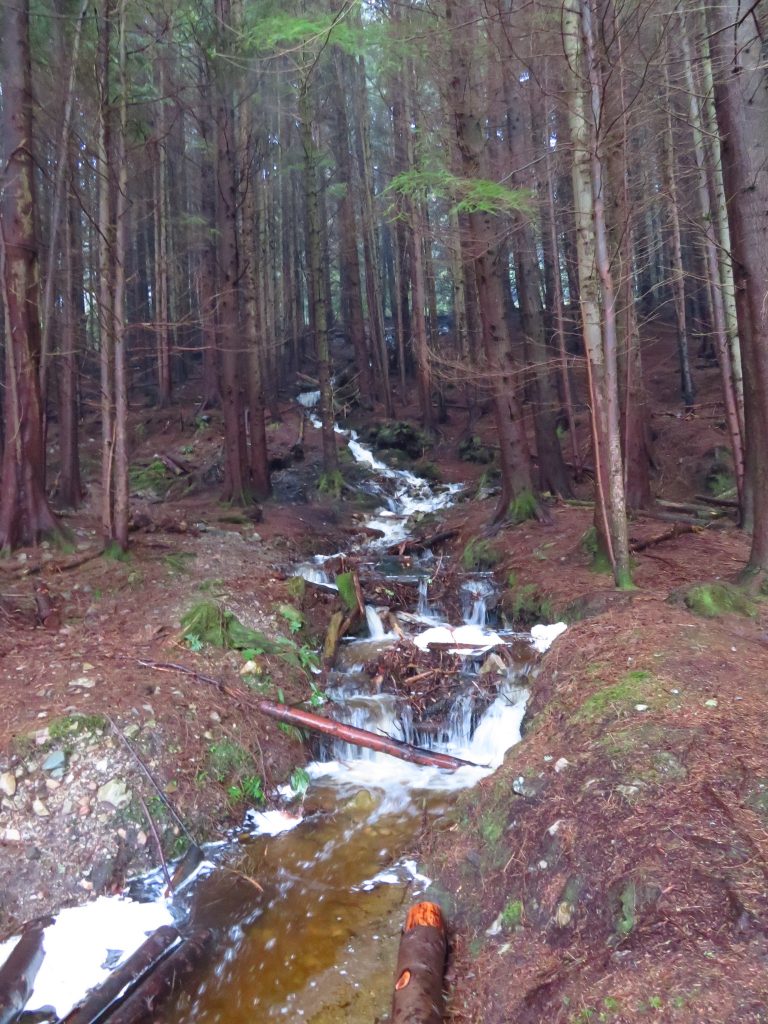 The land is wet? And even colder than the treetops. Snowmelt courses through the forest like chilled blood, joining the streams and rivers where it does not saturate the land, flooding the earth and flushing the trees and fungus to gorge on its life-force.

The thrashing water tumbles the pinecone amongst a bewildering turbulence of jettisoned bubbles, churning foam, and other debris deposited like offerings by the forest, entrusted to the river to deliver them to another place. Time and space becomes relative when you are thrown on strange tides, as the pinecone knows. You could be moving, borne somewhere you know not, but similarly you could be static, just unaware of your immobility. You could be nowhere. The tides roar, but they tell you nothing. Their roar is of emotion and passion, not knowledge.

But suddenly the clamouring of the river ceases. Stillness. It tranquillises itself. And the pinecone finds itself floating, some of its mathematically-divined scales submerged in darkness, but some, roughly half of them, raised up to the sky, like the supplicant branches of its father so far away. Land drifts by like clouds on either side, but those lands get smaller and smaller. 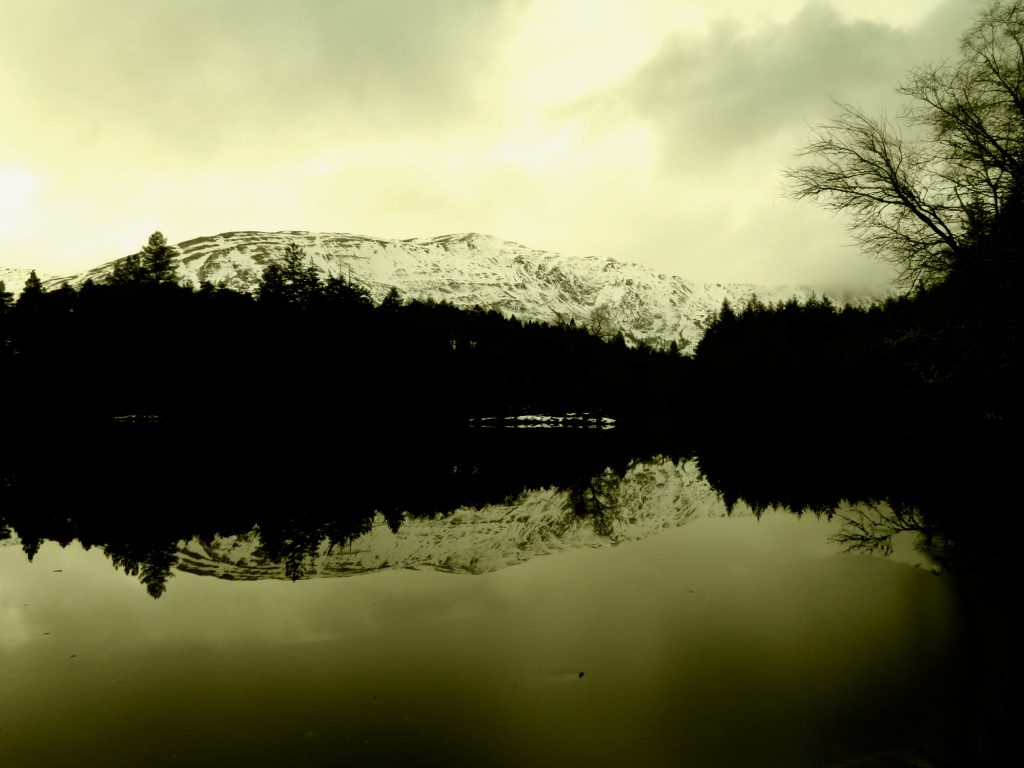 The pinecone drifts, and the submerged scales gradually feel the water becoming saltier, briny, at the same time as it gets choppier. The pinecone has lost the land. But land is out here too. Islands were visible in the mist from the heights the pinecone used to occupy. And if it’s lucky, the pinecone might just land there. If it’s lucky, it might just find another pinecone and together raise a great tree like its father before. 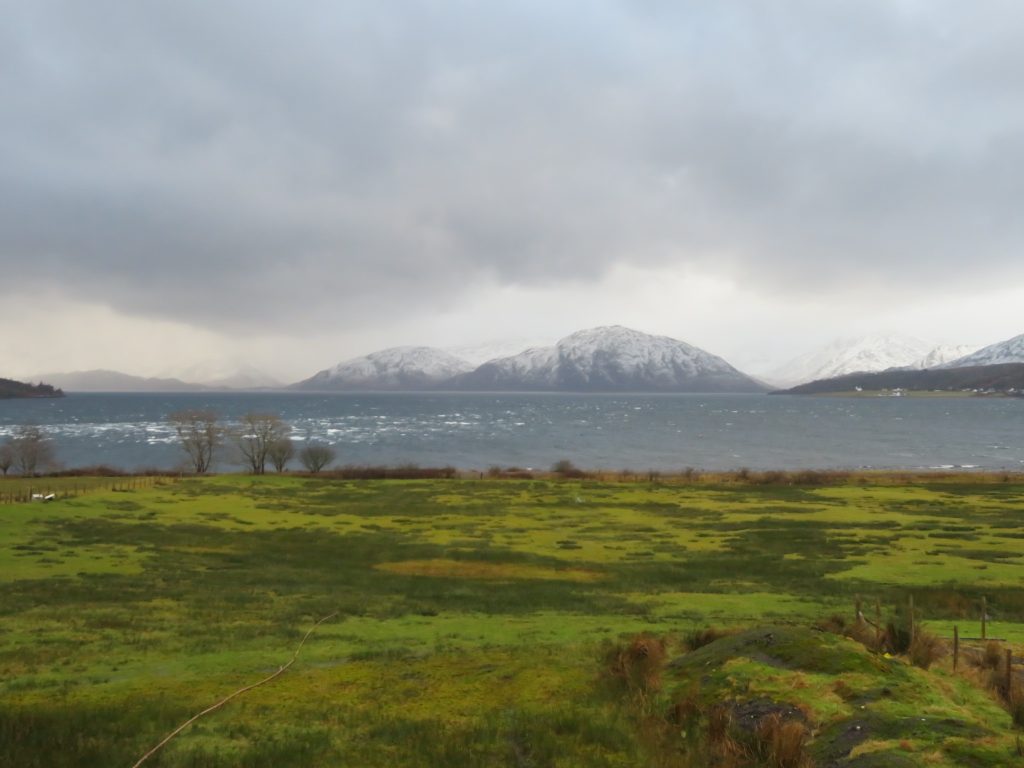 James Murphy is a postgraduate Masters student in International Relations and one of the Creative editors and photographers at The Bubble. Writing and reading have always been a major and loved part of his life, whether it’s poetry or analyses of Asian economic markets.