Altered Perspectives – Folly To Be Wise 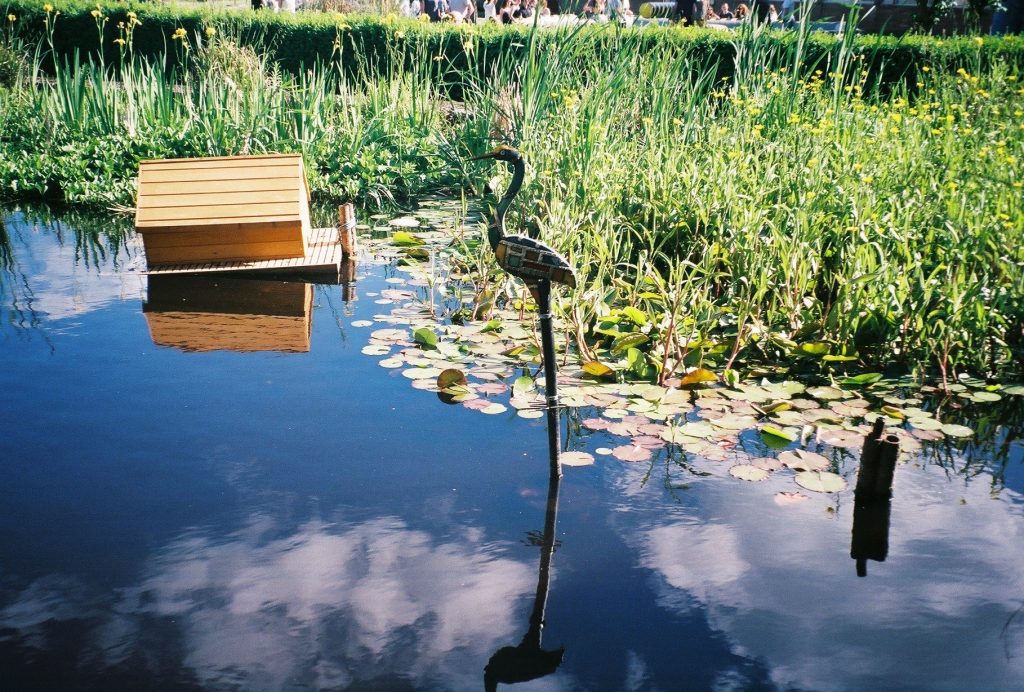 As she looked at the glistening surface of the pond, reflecting the sun’s rays in myriad shades of blue, she thought she saw a darkness beneath it. She shook off the ridiculous notion to admire the beautiful scene – each wave ornately sculpted and frozen in each moment of time – the silvery, pearly surface was surely more important, more worthy of her notice, than whatever lay in the depths of the water, spreading its fingers like a corpse planted firmly in the soil.

Perfection is to be sought for – and that is only possible when the truth is forsaken. In fact, she wasn’t even sure there was anything beyond the water. Where was the sky? the birds? the source of the sunshine? and whatever lay beyond the pond? It seemed some reckless, forgetful person had forgotten to put them there at all. Strangely, it seemed that if this lazy person filled the canvas with colour and some miracle act pieced it together to form a solid world.

She shook her head again. That was highly uncharacteristic of her – she really wasn’t prone to philosophical meanderings. Or maybe she was. She had yet to figure that out – it seemed she had forgotten much of what she needed to know. In fact, she seemed to have forgotten the lovely, fine grains of sand that surrounded the pool. She looked up to find the gleaming blue sky with generous strokes of white bathing and dissolving in the landscape. Then, pointing her gaze back towards the pool of water, she noticed a rustic, hastily-made wooden sign planted in the soil next to the pond: “Those who go beneath the surface do so at their peril.”

How pleasant of people to warn others – though she had a strange feeling that not many would be interested in delving beneath the immaculate surface of the waters. The words painted cleanly on the sign sounded incredibly familiar though – but memory was a difficult thing to muster.

She walked towards the sign, noticing that she was treading on soft, short, perfectly green grass. She suddenly thought: how strange it is that grass can look so beautiful and delicate and soft from afar, but be so horribly wet and coarse and dirty when you sit on it. Nice from far, far from nice. She felt that if she sat on this grass, it would still be immaculate and wonderfully comfortable – she supposed she wouldn’t know since she didn’t feel like sitting down and she was only treading on the grass with her shoes.

Looking up from the grass, she found herself considerably closer to the wooden sign – though she was hesitant to approach the water. She momentarily lost herself in the shimmering play of gleaming light running along the surface of the water, before shuddering to think what might happen if she fell inside.

She began to think that she was in a dream. Or something quite like a dream. What that meant she wasn’t sure. She was sure it meant something – but not quite what. Dreams – dreaming – perhaps it had something to do with sleeping – in fact, she was quite sure that dreams were the opposite of being awake, and waking was more solid, more substantial, more real than dreams. This must be more light, floatier, less solid then. She wondered how insubstantial this world was. Perhaps she would be able to run her hand right through the sign when she got to it.

She took a few steps towards the sign, meaning to test the solidity of whatever-this-place-was. She frowned and took a few steps more. The sign seemed to be moving away from her – or rather, the sign was moving fractionally closer, but she definitely felt that her steps should have brought her to the sign already. It was as if this ridiculous warning for this ridiculous pond couldn’t even be reached. Well, what was the point of warning someone against something which was impossible to achieve?

She continued walking now, determined to test the limits of this exercise. She began to feel she understood why this sign was beyond her reach. That sign was once in the periphery of her vision, the edge, the height, the boundary of her vision, of whatever-this-place-was. How could she possibly surmount or reach something like that? It was inconceivable.

Her eyes widened. In fact, what could she even do if she reached the edge – perhaps this was not such a good idea. What would happen if she stuck her arm out? Would her arm just fall off? She supposed there would have to be a new edge, and then she wouldn’t be able to help it if more things started going across the edge, and so it would be an infinitely extending, endlessly deferred – she stopped. That would be too much for her to handle. Especially if this was a dream.

If she couldn’t reach the sign, she shouldn’t try. But if she couldn’t ever reach it, did the sign even exist? In fact, where did the pond go? She was so busy thinking about the sign, she hadn’t even noticed the pond disappeared. Well, this was a bit of a useless sign now – warning people about the perils of something which wasn’t there. She hesitated and read the sign again.

“Those who go beneath the surface do so at their peril.” Well actually, she supposed that didn’t have to refer to the pond at all. She sighed. All this mind-bending, abruptly changeable thinking was beginning to be tiresome – she wasn’t sure she saw the point in it anyway.

Her mind jolted violently and —