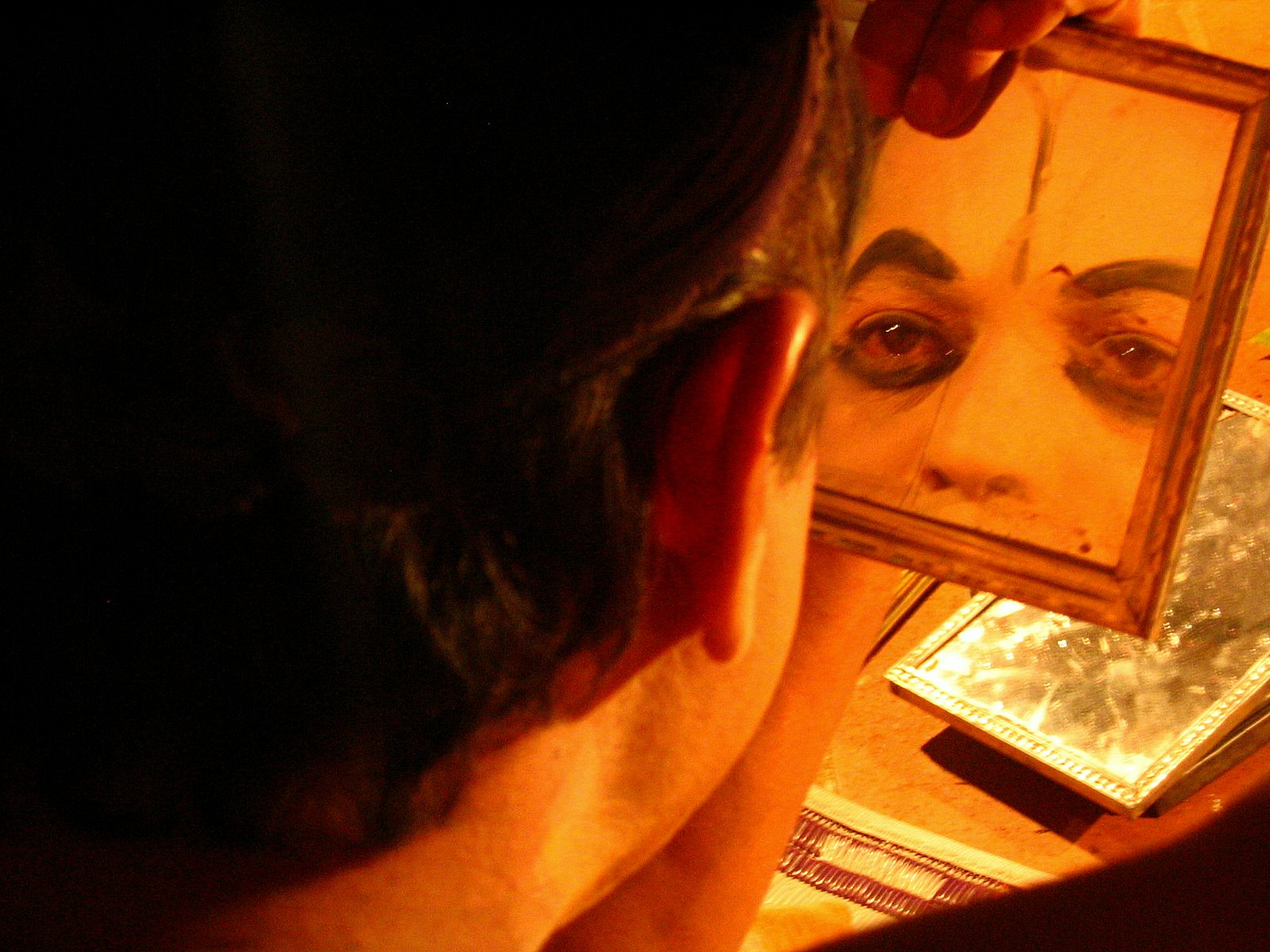 ‘I see Narcissa in Mira. Mira is me.’

I was just a little girl, curly haired and freckled at a time when it wasn’t fashionable to be so. That’s when I began to wonder if Mira was beautiful. The other children were absorbed in their own created worlds and hardly seemed to notice or care, but I peered closely at her face. I had her smile, frown, and stick her tongue out while I ruminated. Mira tolerated it all and then invented a wonderful story enacted with terrifyingly glamorous dolls that she later retold in English class, earning her a green sticker. I looked at the dolls and then at Mira. Her flat body and little eyes looked nothing like their symmetrical plastic surfaces. Then I asked her to read her story again, and listened to her voice. Well, I thought at the time, if Mira wasn’t beautiful, at least she was smart.

“I don’t need anyone so long as I have Mira,” I told myself.

We moved out into the wide world of independence when we were just eighteen. I remember when I went for my first job interview. Mira cast a critical eye over my blouse and wondered aloud if I was perhaps showing a touch too much cleavage. “Don’t be nervous, Narcissa,” she added, “If this doesn’t work out, something will.”

I couldn’t be quite as encouraging when she went for a driving test that was, in my opinion, two years later than it should have been. “You’re going to fail,” I told her in resignation. I paused. “On the bright side, there’s ice cream at home and you can forcibly drown your sorrows in cholesterol when you get back.” Mira later laughed at me, insisting that she had only passed because she spent the entire drive thinking she wouldn’t. I couldn’t stop grinning.

“You haven’t got any friends,” she informed me one evening as I curled up on the bed, eyes tracking a mindless action film on my smudged laptop screen. “Aren’t you lonely?”

I scoffed. “I don’t need anyone so long as I have Mira.”

She didn’t say anything for a while, drifting in her silent thoughts. Finally, she breathed, “His son is the spy.”

“I hate it when you guess the plot of the movie,” I groaned and flicked her elbow in punishment. Yet I was secretly pleased.

I’m not ashamed to say that I was a hedonist, and the sex was frequent, sensual and enviable. I wondered sometimes if people saw me in the street and knew. Was it possible to instinctively know when someone has the skill of a goddess with her fingers? Sometimes we didn’t do anything, especially when Mira was having a bad day. I’d just sit there, my arms curved around her waist, sometimes stroking her sides. She was lonely, and what had once seemed like a brave step into the world of adulthood now looked like a crackpot leap into the vacuum of space, hanging suspended in a soundless world.

“You’re getting fat,” Mira said. “Put away those biscuits.”

“Your mother does.” Then she added quietly, “And I care.”

Sometimes I wondered if Mira was the only one who found me unbearably ugly. Though she regularly took the opportunity to express her discontent in privacy, it soon became apparent in public too. An old friend told me, “You look well, Narcissa.”

Mira answered, “At least someone thinks so.”

My friend looked shocked, eyebrows twitching in restrained disapproval and incredulity. She tried to cover up her disquiet. “Don’t be so critical, you.”

I intervened, giving a placating smile and commented, “It’s alright. I don’t need your opinion, so long as I have a Mira.”

The sex became just another routine – sad, noiseless sex, spent looking at the cracks across the ceiling. Abuse. The fantasies evaporated. I told Mira that she was uncreative. She told me that I was boring.

“I’d date that girl at work, but I think there are enough boobs in this house as it is,” she hissed after one such argument.

“No, you’d date that guy you’ve been looking at. He’ll never like you,” I sighed. I took a long look at her and noted that her hair was no longer the colour of the daffodils she had been named after, but instead a drab mousy colour. “You have low standards to be flirting with Elias. Elias, really? Whatever happened to being a strong independent woman who don’t need no man?” I attempted a hesitant smile that soon faded.

She gave me a scornful look. “Any man would be better than being stuck alone with you, Narcissa.”

I started dating Elias, just to spite her. Nothing changed, except sex became rather more heterosexual and not so perfunctory. At the time, I took happiness in that, but whenever I went home, Mira spoke up and layered on the guilt.

“Is feminism dead? You’re not going to be a career woman after all. He’s going to make you a housewife. You’re cheating on me.”

Was she a distorted Mira? She could have been lying to me, or I to her. Even as I replied that she was fat and bitter, I couldn’t stop comparing myself to her. I told her that any relationship she had couldn’t last. It wouldn’t be a pregnancy getting in the way of her ambitions; it would be her bulbous corpulence. She cracked up at the ridiculousness of that. I wanted to hit her, to see if she’d really crack.

“Do you think Dorian was in an actual relationship with his portrait?” I asked once in one of our calm interludes.

She rubbed my fingers thoughtfully. “I know the book’s probably gay, but I don’t think it’s that gay.”

“You’re always so negative. I was trying to be philosophical.”

Despite Elias, or perhaps because of him, I never stopped loving Mira, not really. I still wanted to hurt her though. She really was a stupid dislikeable cow sometimes. Nevertheless I continued to say, “I don’t need anyone, so long as I have a Mira.”

Five years, one marriage and two offspring wriggling out from my surprisingly fruitful loins later, and Elias finally realised that there was a third party in our relationship. Elias was the outsider. Mira and I were the closed circuit, electrocuting each other. Maybe it was my constant doubt – the slight hunch to my shoulders. He knew right away that Mira and I were mutually exclusive. Did I say exclusive? I meant mutually abusive.

I saw a bit of Mira in my children, and that terrified me in some ways. I didn’t want them to become the beautiful, insecure wreck she was. In other ways, it made me proud.

That’s why I’m here, actually. Finally talking to someone. I’m sure Mira was kind to me in childhood, but those days are gone and I can’t pinpoint where it went wrong. Maybe I isolated myself too much, or I looked at unrealistic standards of beauty, or maybe it was hormones.

I hate myself. Freaking Freud. Loser Lacan. I don’t need anyone to tell me that I’ve been emotionally abusing myself for years. I don’t know if I can change, not even for Mira, me.

I see Narcissa in the Mira. Mira is me.

Maybe one day Elias will stop loving me, and the children will see that I’m ugly, or Mum will stop visiting. My hardest critic has always been myself. So far I always bounce back from that. I do. I try. I can be happy again. I can see myself as beautiful again.

“I don’t need anyone, so long as I have a mirror.”