For Your Consideration: Why Academy Voters May Not Vote for Each Best Picture nominee

The Academy of Motion Picture Arts and Sciences hosts upwards of 6000 members, and each of them is eligible to vote for a winner in every Oscar category. Best Picture works a little differently to the other categories, as each voter ranks the movies from 1 to a maximum of 10 (depending on how many films were nominated), 1 being the film they wish to win the award. With the 9 movies nominated this year for the coveted award, here’s what each film may have going against it being a voter’s top pick.

A few general points as to why a film may not come out on top:

If all these traditions were to apply, then the winner would by default be Lady Bird, which many would place money on being unlikely. It is probable that one of these traditions will have an asterisk placed next to it following this year’s ceremony. 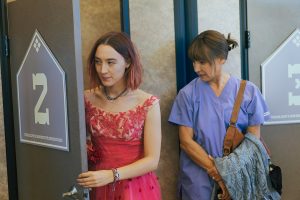 So, aside from these, what reasons could a voter have to vote against each of the nominees?

A common reason voters may choose to dismiss a film from ranking highly on their ballot is if its themes are too common to another Best Picture winner of recent memory, regardless of the film’s quality. This could rule out Call Me by Your Name, as the phrase ‘we did that last year’ has already been thrown around in terms of whether another LGBTQ+ film could take the top prize after Moonlight’s historic win in 2017. This could also be true for The Post, which could read too much like the 2016’s winner Spotlight. 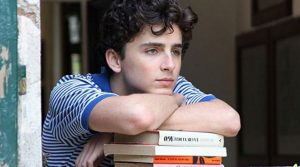 Some Best Picture nominees were less critically successful than others. The Post and Darkest Hour were far less heralded than the other contenders. Members of the Academy are not film critics by trade, but the consensus could be the same. Darkest Hour is also very much a performance piece. Gary Oldman as Winston Churchill is the core seller of the film, and Academy members may settle for a Best Actor vote rather than a Best Picture vote.

While critically acclaimed, Lady Bird may seem to some as too much of a ‘middle-of-the-road’ teen drama. It’s written fantastically well and the performances shine, but the clichés you’d expect of a coming-of-age flick are present nonetheless. While still a favourite, it may not grab enough top spots to take the ultimate prize home.

Speaking of favourites, many would consider the front runner to be Martin McDonagh’s Three Billboards Outside Ebbing, Missouri. It’s hard to imagine Three Billboards having anything working against it considering the barrage of awards it’s been thrown already and its critical acclaim, but a vocal minority take issue with the plot of this film. The final act uses certain characters in a way that some are not particularly fans of, leading to debate over whether the film glorifies less than ideal types of behaviour. Whether this minority bleeds through to the Academy is hard to say, but it exists nonetheless. 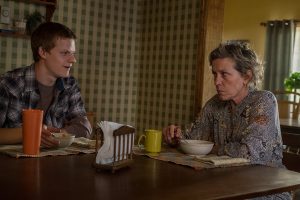 Another frontrunner is Guillermo del Toro’s The Shape of Water. While R films do fare well at the Oscars, but this one is a hard R. Plenty of violence, horror and monsters is something some voters may turn their nose up at. The romance is also… peculiar, to say the least. There are bound to be those with a traditional disdain for such themes and will keep it well away from their top spot.

A couple of the films nominated this year could suffer from not being released in the typical October-December ‘Oscar season.’ Dunkirk became a summer blockbuster and Get Out is the only film nominated this year to be released in the first half of 2017, hitting US theatres in February. This perhaps indicates to some Academy members a film made more for the mainstream than for the awards and may not be as fresh in the minds as the other films released more recently. In terms of Dunkirk, while the experience may have been a tumultuous one in the summer, it was very much a ‘big screen event.’ Perhaps it won’t have the same impact as a screener on a small screen as opposed to a 40mm IMAX experience.

Dunkirk certainly had its critics when it came to story and characters. A lot of people didn’t quite feel the weight of the war due to its script of surprisingly few lines and its glossing over the violence to adhere to its 12a rating. Additionally, Get Out could win votes for its tackling of racism, or voters could shy away from it altogether due to it perhaps being considered ‘too political.’ Only time will tell.

Sometimes a film pops up in the Oscar nominations announcement that other awarding bodies seemingly forgot about. This year, that film is Phantom Thread. Completely shut out from the SAG awards, the WGA and the DGA, it’s unlikely for it to dive in and snatch the ultimate award considering such shut-outs. The same rings true for The Post, which was shut out of such nominations in a similar fashion. Paul Thomas Anderson is also a director most consider to be ‘snubbed’ during Oscar season. Perhaps the Academy has just never warmed up to his filmmaking style. 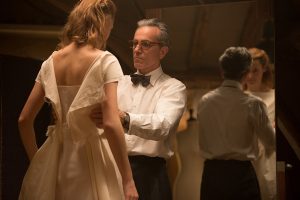 Experts are placing their bets on either Three Billboards or The Shape of Water taking home the trophy on Oscar night, but my hunch goes to Get Out. I can see this film getting a whole bunch of first place rankings, and especially when considering the new younger, more diverse members of the Academy added in the past year, a high ranking in preference is more likely. Considering most Academy voters being white and of the older generation didn’t get in the way of an LGBTQ+ film with an all-black cast winning last year, who’s to say it can’t happen again with a much more diverse Academy roster this time around?