Three Important Photographers that Changed the History of Photography

Photography has always been around us. This eagerness to capture our most favourite or even random moments also grew within social media. More and more people look for influence so they can create and post unique photographs. To get inspiration, most of us have been searching for other photographers and get inspiration. By using the work of these three known photographers, we can get better at capturing our everyday moments.

The first photographer that I will be analysing is Ansel Adams. Ansel Adams has been known for his breathtaking landscape photographs. He became famous in the 30 years and continued his career for 25 years. While growing up, he spent most of his time at Yosemite National Park and soon became his most favourite landscape to document. His first notable piece was his great image Monolith, the Face of Half Dome.

Taking influence from the paintings of Edward Hopper and the atmospheric thrillers of Alfred Hitchcock, Gregory Crewdson is the next photographer on our list. Crewdson carefully orchestrates each image by creating dream-like sceneries full of mystery. In 2012 he also created a feature documentary called “Gregory Crewdson: Brief Encounters” directed by Ben Shapiro. He is also the Head of Graduate Studies in Photography at Yale University School of Art. 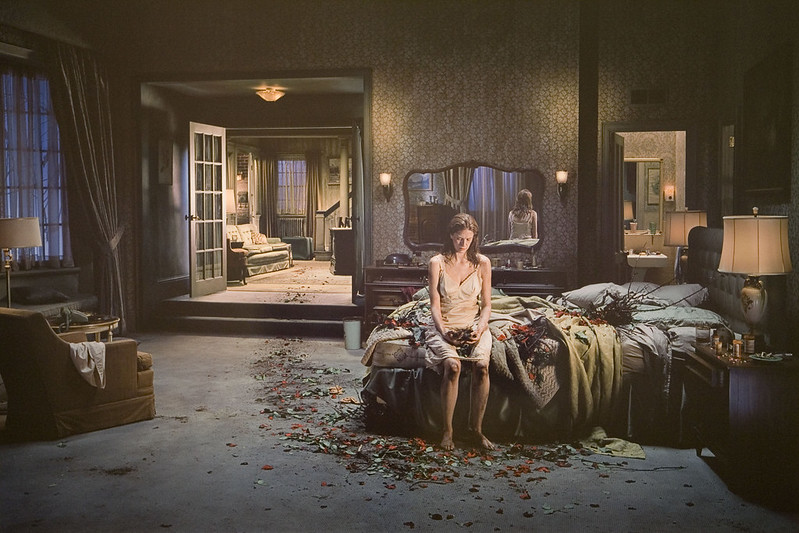 The third photographer on our list is the famous Cindy Sherman. Cindy Sherman was born in 1954 and has been one of the most significant and influential artists in contemporary art. Taking inspiration from movies, TV, media, and the History of Art, she has designed distinct female personas. The most intriguing aspect of her work is that all her work is self portraits. By altering her physique and appearance, she is mimicking unique characters from movie characters to ageing socialites.

From the exhibition “Cindy Sherman – Untitled Horrors” at the Astrup Fearnley Museum in Oslo, Norway. May 2, 2013. (Oda Bhar) Flickr.

These three photographers have been one of my most influential photographers to look upon. Their work has been a foundation to understand photography and its multiple horizons.