The Writing’s on the Wall 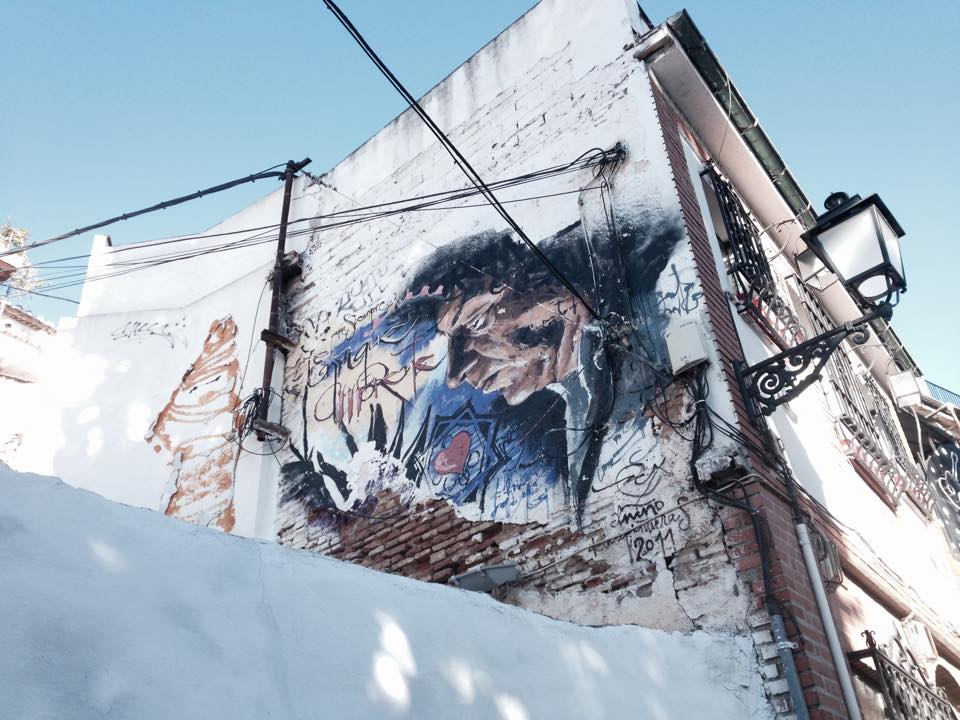 Graffiti has always had its fair-share of enemies: from politicians to the weather and more recently its own success. Some say it is losing credibility, propped on art gallery walls and being gifted between diplomats. Its name does itself no favours, from the Italian ‘graffiato’, meaning scratched, from its etymological roots considered a dent in civilised order. Yet a stroll through the quaint maze like paths of Granada, in sun-baked Andalucía, melts away such trivialities. The city reveals a truly mesmerising art form, thoughtful and reflective, seamlessly and harmoniously coexisting with its inhabitants.

Spain certainly has a rich artistic heritage, especially through the medium of paint, with the likes of Picasso, Velázquez and Goya proudly adorning the walls of the finest art galleries in Madrid. Barcelona has a thriving graffiti scene, indeed. But the quaint town of Granada holds some true artistic gems. Yes, there is the beautiful Alhambra palace, but there are no entry costs to view the reams of graffiti travelling along the city’s whitewashed walls, with, quite possibly, as much artistic integrity as the works hanging in the El Prado art gallery of Madrid.

Meandering through the city’s un-signposted sprawl of narrow streets could be borderline bewildering if it weren’t for the stunning artworks encountered at every other corner. The graffiti here is rich in colour, much of it focused on human emotion. Large colourful faces, layered in dark shadows gaze with pained expressions at bemused observers. The focus on humanity reflects a culture with strong family values and a social conscience. Lines of Spanish poetry are added to the pieces, and surreal and colourful backgrounds further entrance us with their Daliesque timbre. One reads, ‘Cansao de no encontrar respuesta, decidí cambiar mis preguntas’ (Tired of not finding an answer, I decided to change my questions). Its ambiguity is alluring and the sheer vibrancy of the pieces provide a stark contrast to the whitewashed walls beneath them; a sign of the unrelenting creative energy that the city is endlessly inspiring in writers, artists and a vibrant youthful crowd alike.

The big name in the Granada graffiti scene is El Niño de las Pinturas. He is well known for his surreal compositions of people and quotations, coating the walls of Granada’s student district, Realejo, in rich colours and ideas. He has an air of mystery, leading to inevitable comparisons with Banksy. Their styles are, however, very different. El Niño’s works have a much more whimsical and colourful imaginative flare that allows the mind to wander, unlike Banksy’s quintessentially British dark irony and whit, printed in sharp monochrome stencils. Their differing styles present ideas that have a similar tendency to provoke a response in the viewer, to allow them to question the world beyond the walls in front of them; a depth of insight that has helped fuel Western Europe’s ubiquitous obsession with graffiti in recent years.

Despite the undeniable artistic talent within Spain, the country imposes strict laws upon the practice of graffiti. If caught doing so without the owner’s permission, you could be forced to pay a hefty fine of a few thousand euros. The problem is that the law does not distinguish between ‘good’ and ‘bad’ art-indeed how can such a metric exist? Law is about boundaries, and graffiti has none, so the two are bound to co-exist in an unsettled way.

Together with the Arabic poetry carved eight centuries before into the surface of the famed Alhambra, the contemporary graffiti lining Granada’s walls adds to the enduring notion that the city is determined to express itself. And the locals seem to approve. Many businesses allow graffiti artists to adorn their shutters with colourful works relating to their respective trades. Large wine glasses are painted amid a dark green background on the walls of a bar and a local bakery has bright orange shutters with a cartoon baker grinning widely at observers. At least this shutter-art phenomenon can somewhat neutralise the disappointment faced when British travellers discover closed shops at obscure daylight hours. Here, the cloying association of vandalism that so often lingers around the notion of graffiti dissipates.

Yet the idea of youthful rebellion is alive. In a country with over 50% youth unemployment and over half of under-30 year olds living at home, graffiti can provide an outlet for frustration and fear, a place for true freedom. A second glance at the sad expressions in the faces painted on the walls, leaves us wondering what the future holds for their creators.

Beyond the political situation in the country, graffiti, as art so often has a habit of doing, transcends such contemporary struggles. Just as Picasso’s paintings, created in times of poverty, hang in the homes of billionaires, the graffiti adorning Granada’s walls exudes artistic talent and prowess; its backdrop a city with dense cultural and historical significance. Meandering through the streets of Granada allows us to truly scratch the surface of its magic.