The Wonderful World of Andy Warhol 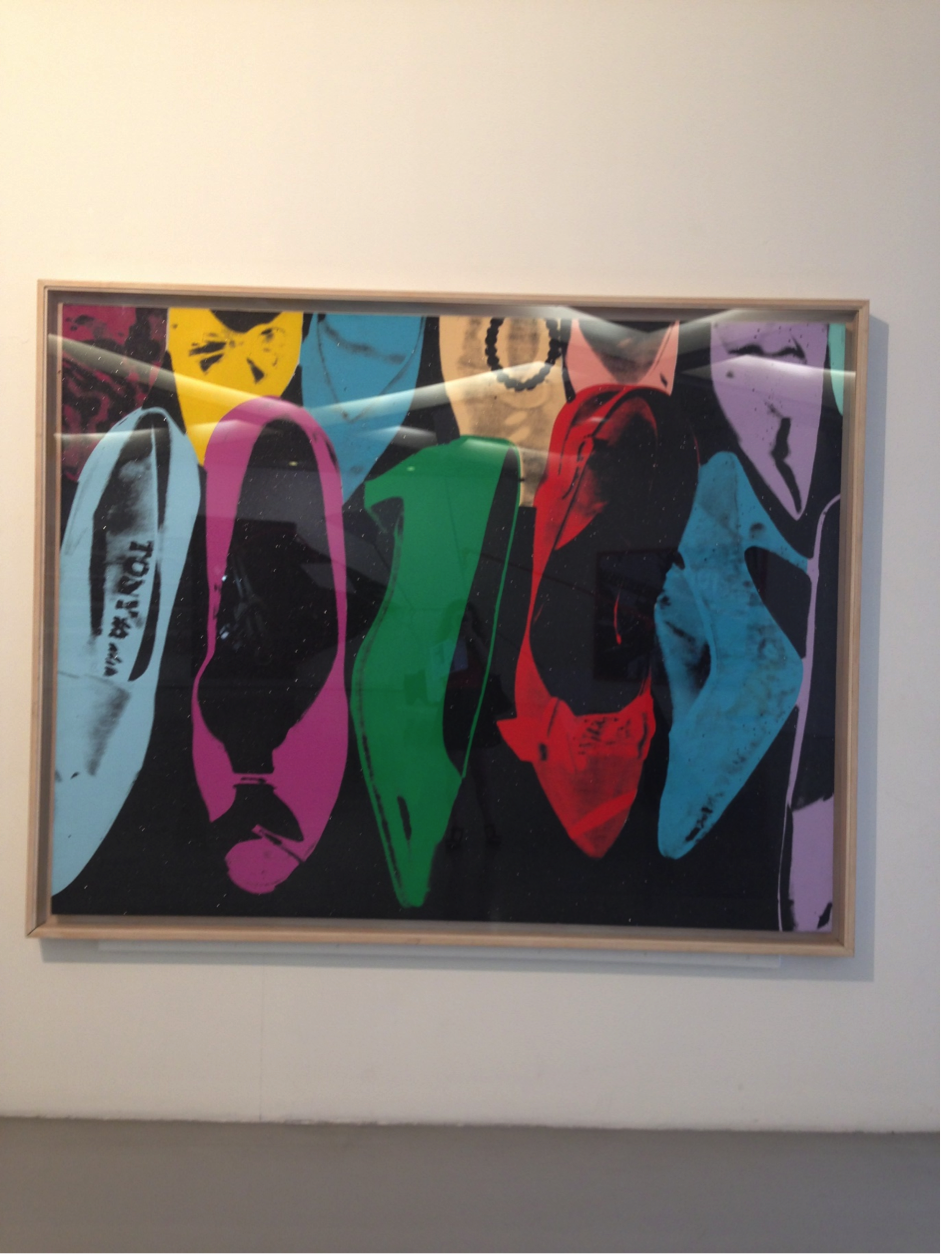 On Tuesday 25th August at 9pm, BBC Four continued its week-long celebration of Pop Art with an investigative documentary presented by art historian, Stephen Smith, entitled A Day in the Life of Andy Warhol. The hour-long programme provides an insight into an ordinary day in the prolific Pop artist’s rather extraordinary life; it opens with Andy’s mum on an early morning supermarket run to buy her son his favourite breakfast cereal, Cornflakes, and closes with Andy arriving home at 4am after a wild night out in NYC. During the waking hours of Warhol’s day, we are given exclusive access to The Factory, his Manhattan studio, where we are able to watch as the artist produces his Pop Art masterpieces, together with his team of apprentices.

Starting with the clock at 0900 hours, Smith takes us on a whirlwind tour of Warhol’s contemporary 1960s supermarket. Stacked to the brim with consumerist brands of food and household products, it stocks the artist’s beloved Brillo Pad boxes and, of course, the famous tins of Campbell’s soup, of which, Smith reports, Warhol ate almost daily. Indeed, as he takes us on a trolley dash through the aisles, Stephen Smith reveals that the supermarket was a primary source of inspiration for many of Warhol’s silkscreen artworks. The documentary goes on to show us footage of the silkscreens in production at The Factory: a process that involves using a pre-cut stencil to print an image onto a canvas with ink. An extremely fast method of art production, it enables hundreds of identical prints to be produced in a relatively short space of time – much like the repetitive printing of a brand logo onto thousands of cardboard boxes of Brillo Pads. From this angle, we can see how, through both the form and subject of his work, Warhol is creatively and cleverly mimicking the consumerist culture of 1960s society.

Although he is undoubtedly best known for his silkscreen artworks, A Day in the Life of Andy Warhol uncovers Warhol’s innovation as a portrait artist. In addition to his famous psychedelic silkscreen portraits of Marilyn Monroe, the documentary reveals that one of his commissions involved taking prolific art collector, Ethel Scull, to a public photo booth and asking her to pose in multiple different fashions for hundreds of strips of passport-sized photographs. The images were then tinted with a variety of colours including red, ochre, lemon, blue, violet and turquoise and assembled in the manner of a collage on a large canvas. As well as using a brand new medium, Warhol introduces us to a revolutionary form of portraiture; by taking hundreds of different snapshots of the subject, the artist is able to capture many different traits of her personality, which can then be instantly read by the viewer.

In a similar way, Warhol’s Screen Tests were also able to lay bare the most dynamic aspects of the human personality. The Screen Tests were short, close-up video recordings of both celebrities and unknown models. These short films were able to capture the most subtle of gestures and mannerisms which formed visual symbols of the subject’s personality. These novel, dynamic and yet simple approaches to portraiture, I believe, make Warhol one of the greatest ever masters of the art; incredibly, he has used film and photography – media which we often think of as being insensible and detached from human emotion – to express even the most intricate features of his subjects’ personality.

Stephen Smith also somewhat surprises us by saying that, when Warhol wasn’t out partying ‘til 4am in NYC, he enjoyed sitting at home watching American sitcoms and lamenting his inability to break into Hollywood. Smith tells us that Warhol was “obsessed” with Hollywood – a fact that makes a great deal of sense when examining his artistic repertoire. Indeed, looking at the myriads of Marilyn prints alongside the numerous depictions of other pop culture royalty such as Mick Jagger, Blondie, Liza Minelli and Elvis Presley, it becomes abundantly clear that Warhol has a strong infatuation with celebrity culture. Warhol’s 1980 piece, Diamond Dust Shoes – a huge 178 x 229cm painting of elegant ladies’ shoes in vibrant red, blue, green, yellow, and lilac – I believe, could be interpreted as a celebration of the decadence and luxury that is intrinsically linked with contemporary celebrity culture. The vibrancy of colour and glitter combined with the colossal scale make this artwork appear just as grand, lavish, brash and as exceedingly decadent as Hollywood itself.

A Day in the Life of Andy Warhol is available to watch on BBC iPlayer until 24th September.