The November Lights of the Lumiere Festival 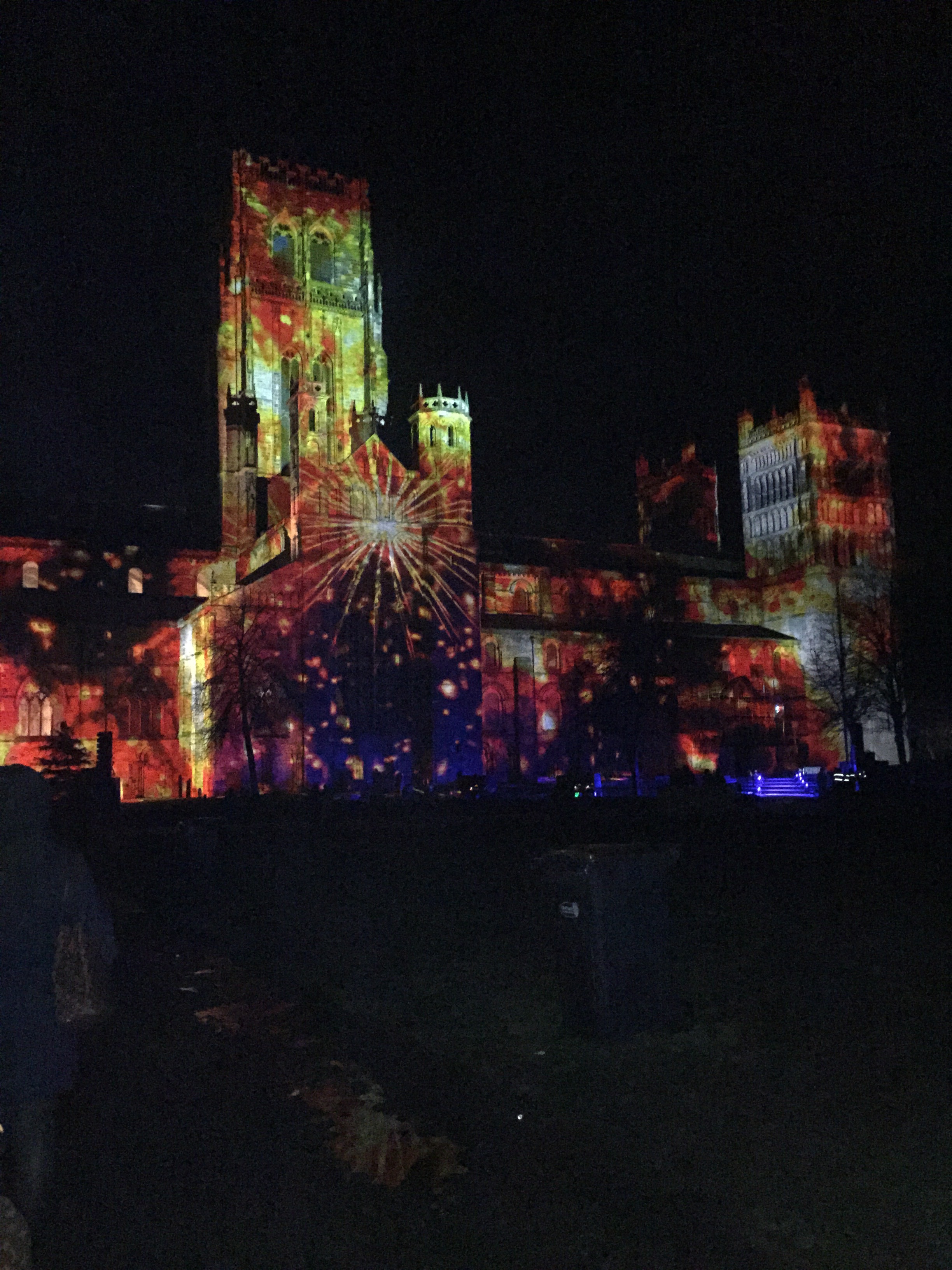 Lumiere has overthrown the city of Durham with an artistic power beyond belief; drawing thousands of people from all over the country, this festival is said to be the biggest light festival displayed in the United Kingdom. Transforming our historic city into a lightshow extraordinaire, one walks the familiar cobbled streets and finds, not our normal surroundings, but instead a vision of light rays penetrating the eye at every angle.

Durham has proven itself now for the fourth time to be the diamond in the rough when it comes to finding the ideal location to showcase light and architecture together and create astounding results. In a couple of months, Lumiere will be visiting London. We can safely say, however, that not even the capital will be competition for the beautiful castle and cathedral that Durham so proudly boasts: these are buildings that truly complement Lumiere’s tremendous light shows.

Emerging into Market Square, the central hub of the city, eyes are immediately drawn skyward as they attempt to make sense of the large luminescent inflatables soaring up above. Les Luminéoles are two bright Chinese-styled flowers, lighting up the centre of Durham and flying smoothly in the wind.

Follow the street down the Bailey and you’ll find the Neon Bikes illuminating one wall, celebrating the British love of cycling with an imaginative artistic twist. Saturday night saw the three bikes coloured red, white and blue in order to raise awareness of the recent events in France and show solidarity with the victims. 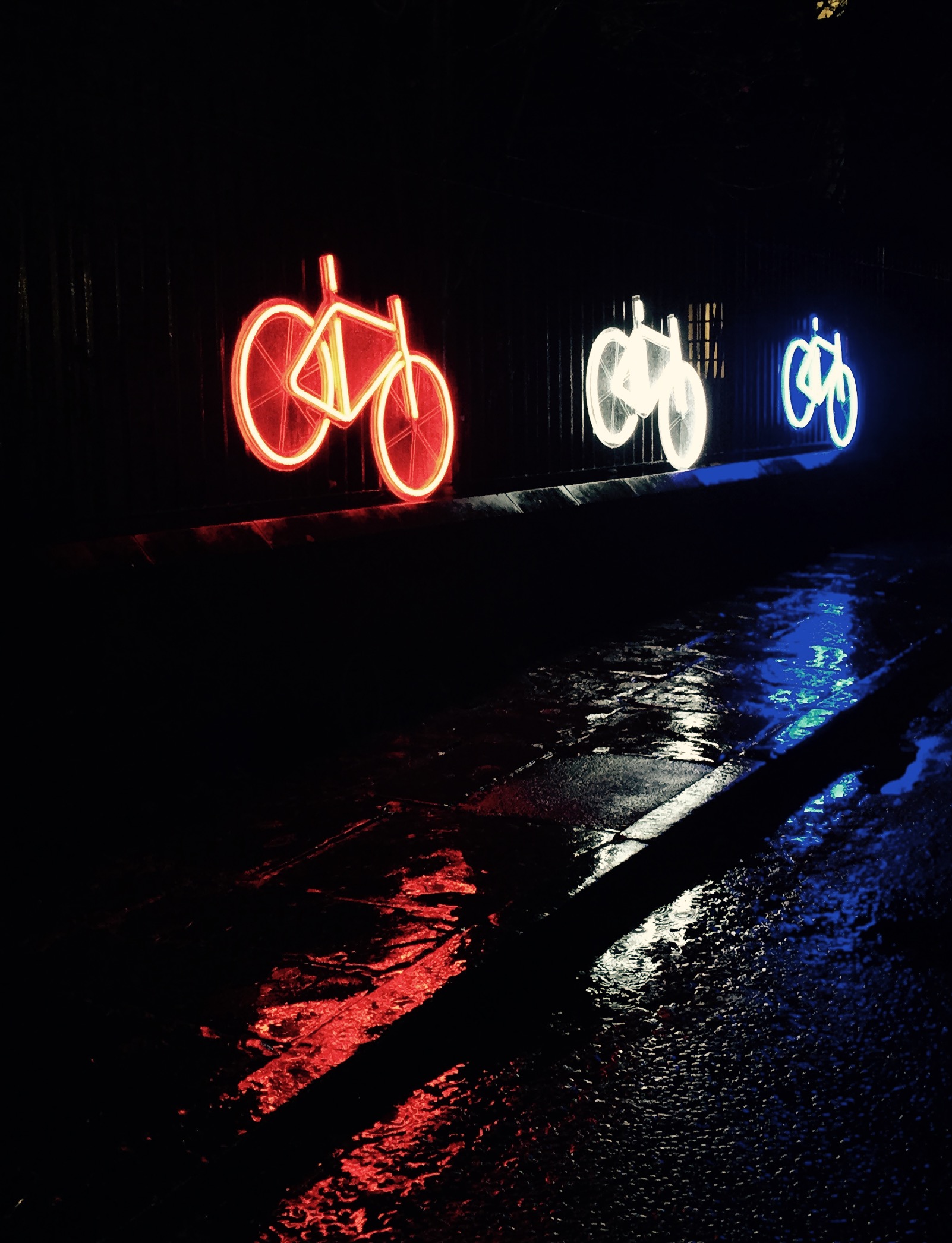 Durham’s pride and joy and, arguably, the real winner of the festival is the Durham Cathedral installation: The World Machine. A collaboration between British and Mexican artists, the light show describes the story of modern cosmology from its birth in the 12th century to the present day in a series of dazzling light displays. The cathedral provides the perfect canvas on which to project a large-scale and intricate design: ideological symbols representing religion and the church are projected above the gravestones and tombs that linger at the base. The accompanying music is not only powerful but also creepy: adding to the eeriness as one gazes at the cosmic visual wonders.

It is Mysticète, however, that is arguably this year’s showstopper and most ingenuitive installation: a water performance created by a group of French collaborators. The show, which has viewers on multiple levels standing on Elvet Bridge and looking out onto the river, certainly delivers: the projection of a whale jumps in and out of the water, creating splashes of light and stunning its audience.

As you make your way home – which, at least for some of us, means heading towards the Viaduct – you can walk through the Garden of Light and cross the bridge over the River Wear to be presented with the Rainbow River installation: a spectrum rainbow light sprayed across the water. Light is shone through a triangular prism to throw a multi-coloured pattern – literally a rainbow – from one side of the river to the other. 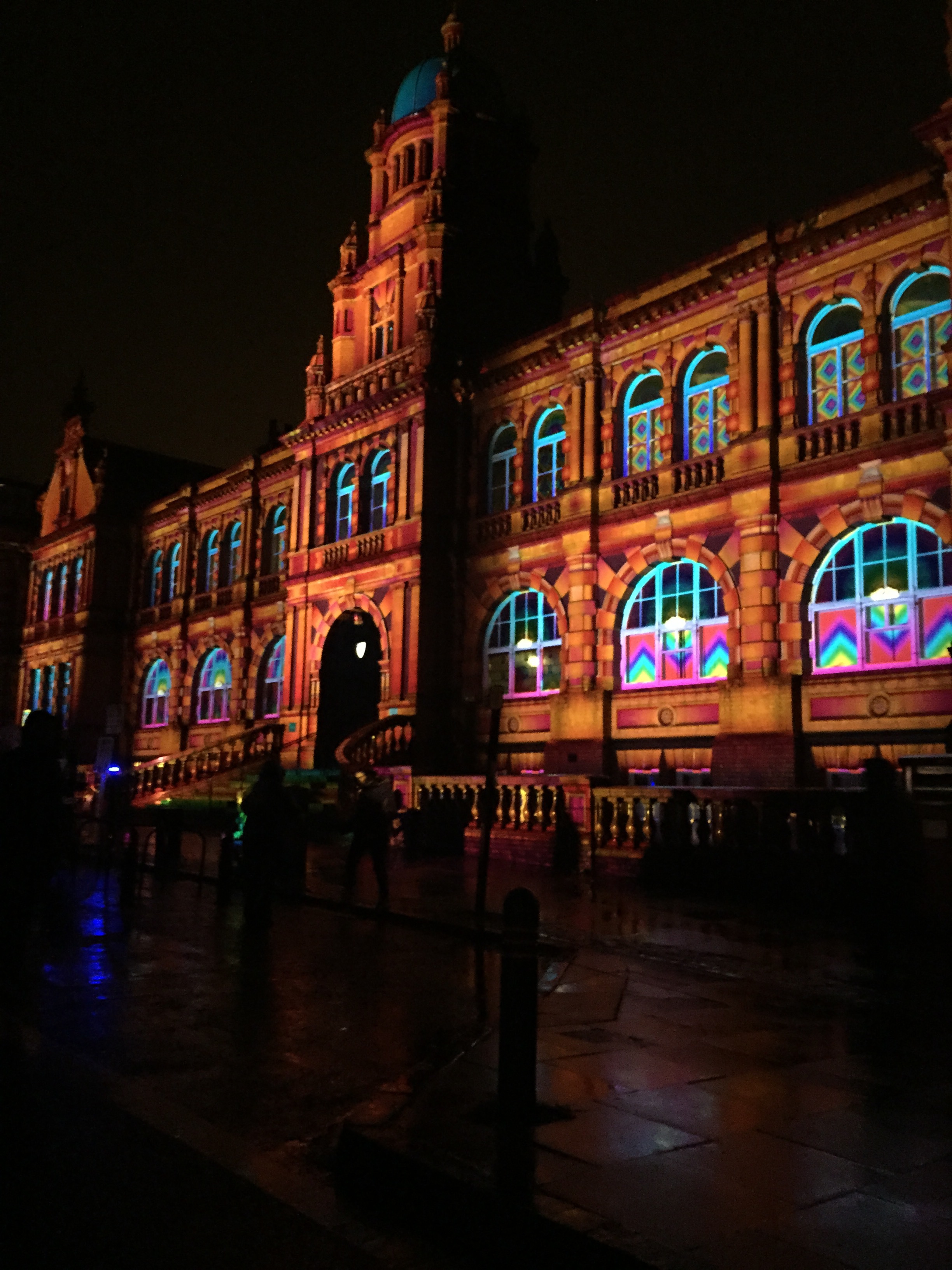 Following the rainbow’s beams, you are guided by little fairy lights along the river – almost ankle deep in mud and puddles, unfortunately, thanks to the Northern weather. The next extraordinaire to stumble across is an almost haunting and eerie mist: better known as Fogscape #03238, it consumes the bottom of the forest in front of Durham Cathedral and is accompanied by a range of spooky sounds that would not be out of place in a Halloween-esque movie.

Finally, the closing star of the show, truly lighting up the sky, is Fool’s Paradise, created by the United Kingdom’s Novak and projected onto Durham Castle. Despite the distance, with another haunting soundtrack, you are drawn to and immediately immersed in the projection. The show interweaves elements of local history talks, folklore and famous fables. As a worm slimes through the walls of the castle, the unexpected silhouettes of little girl china dolls creep together from each end of the castle to become birds and bats in this abstract construction.

Without a doubt, the Lumiere Festival is a true treat to behold in our beautiful city.