The Lake District in Pictures 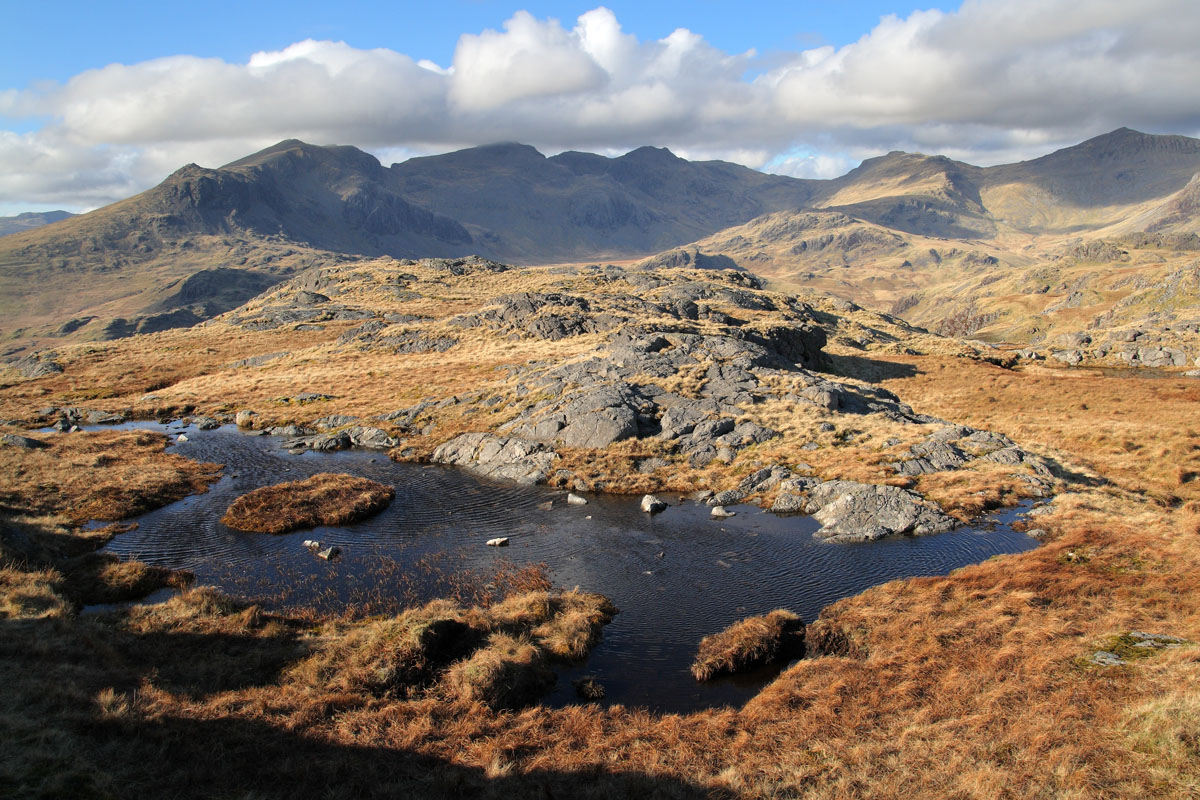 While the Lake District has been criticised by some walkers for having too many footpaths, the upside of this is that one is spoilt for choice when it comes to selecting a walking route. If the weather is inclement or if one does not have the time to spend a whole day out on the fells, there are plenty of low level walks, some of which offer views equal to those from the summits of the highest mountains. Small fells such as Loughrigg, Latrigg, Walla Crag, Catbells and High Rigg offer spectacular vantage points, and have the additional advantage of being accessible to families and casual walkers. However, at the same time, there are also some truly wild areas. Eskdale in the western Lake District is less accessible than the valleys further east, with its upper reaches being almost reminiscent of the Scottish Highlands in terms of their rugged grandeur. 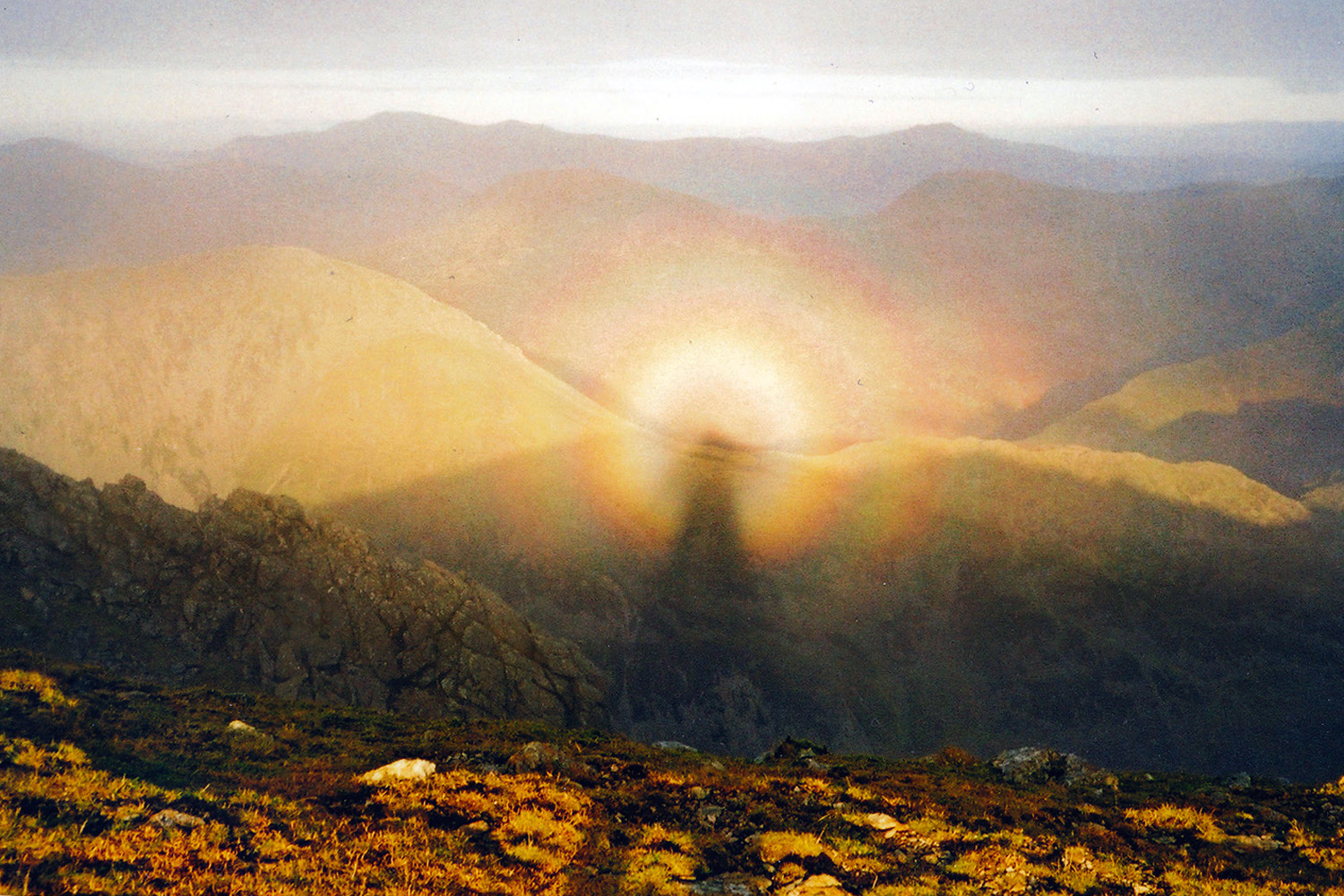 The Lake District, therefore, could best be described as a landscape of contrasts – of tranquil wooded valley and heather moorland, of tea shop and rocky crag. Yes, it can be twee at times. Yes, it does suffer from overcrowding. And yes, it really isn’t all that spectacular a landscape when compared to other parts of the British Isles, let alone to other countries. Yet what the Lake District does offer is a variety of attractions and a wealth of beautiful landscapes within a remarkably well managed and compact area. My photography doesn’t do the Lake District justice – you need to get over there and spend a couple of days exploring the area for yourself. I’m certain that your experience of the Lakes will be overwhelmingly positive. 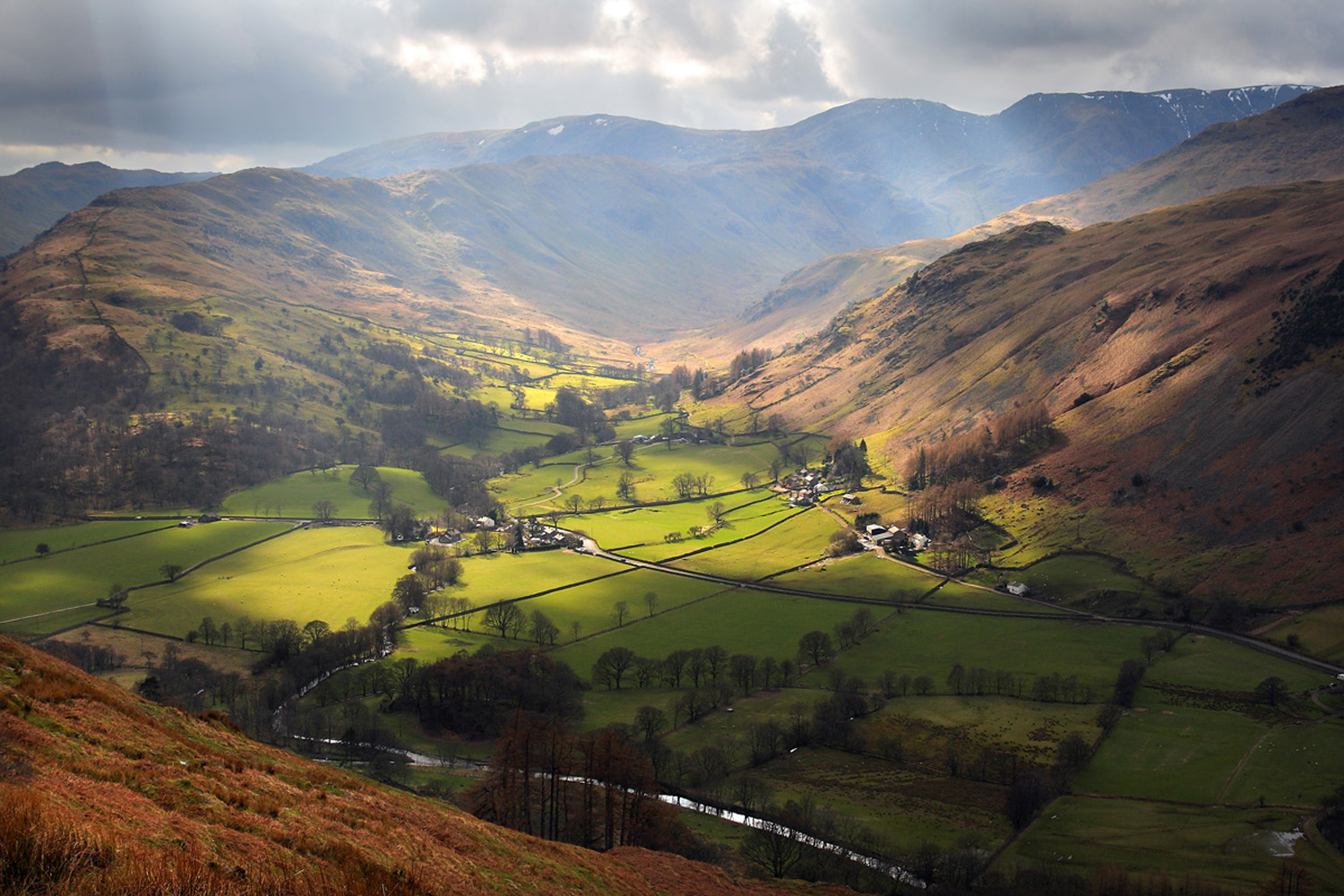 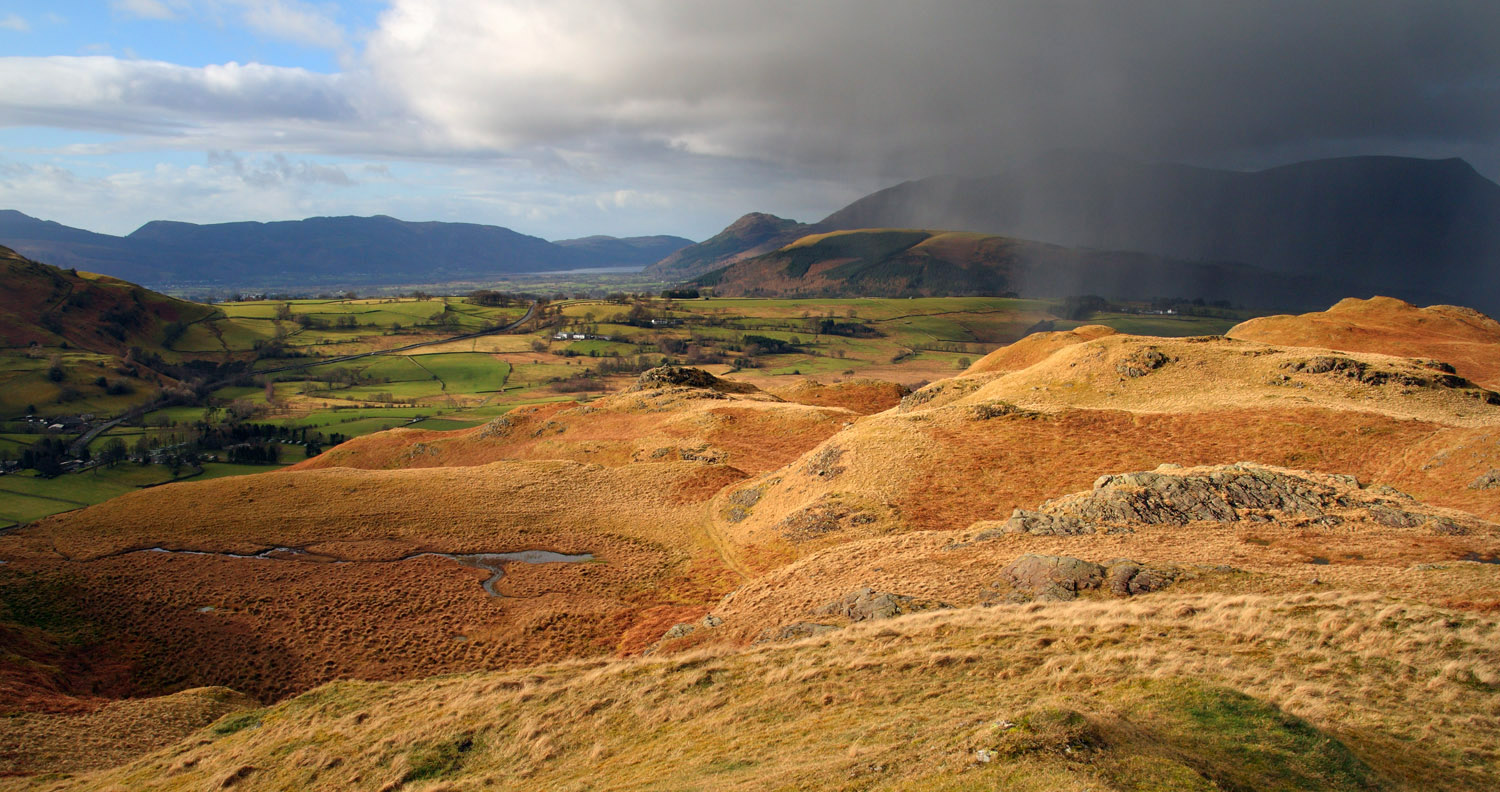 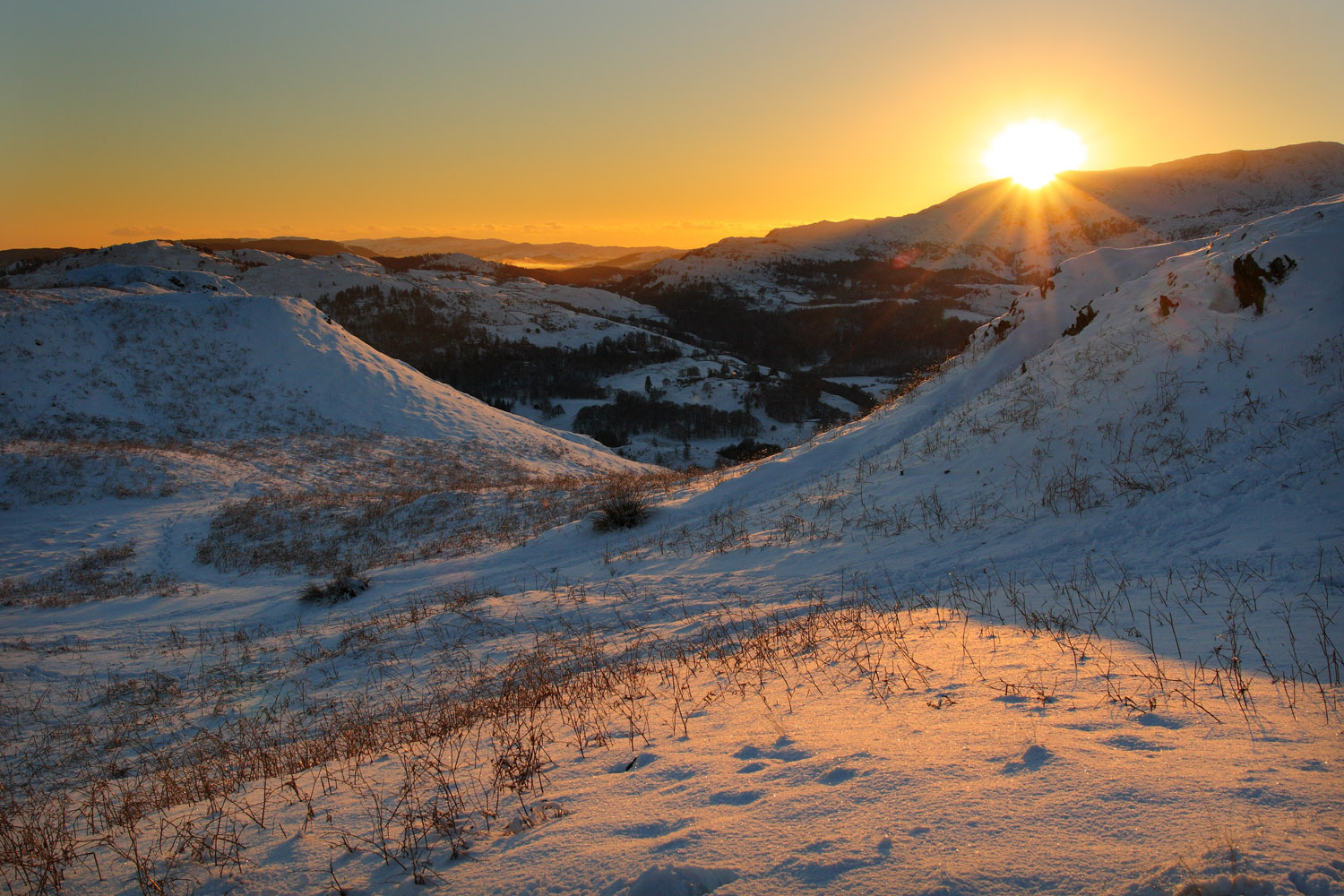 For a year I lived in a small town less than thirty minutes drive from the edge of the Lake District. Given that two of my main interests are photography and hillwalking, you would be correct in thinking that I ventured across on a regular basis, sometimes spending ten or more hours out on the fells, walking in the footsteps of Wordsworth, Coleridge and Wainwright. I soon came to appreciate that despite covering just over 45% more area than Greater London, the Lake District has considerable variety in its landscape. Each valley and fell has its own, particular characteristics that can vary substantially over the course of the year, or even within a single day, the changing light or weather conditions revealing new, previously unseen features of the landscape.

The Lake District also has something for everyone. Towns like Keswick and Windermere contain a wealth of shops and tea rooms, and there are plenty of museums and other attractions such as lake cruises, historic houses and narrow gauge railways for those who neither have the desire nor capability to venture out on the fells. Thirsty hikers can be assured that wherever they are, there will likely be a comfortable and welcoming pub awaiting them at the end of their walk. The Lake District, therefore, could therefore be seen as a perfect compromise between the wild and the civilised.