The Desolate Emptiness of Aftermath: A Review 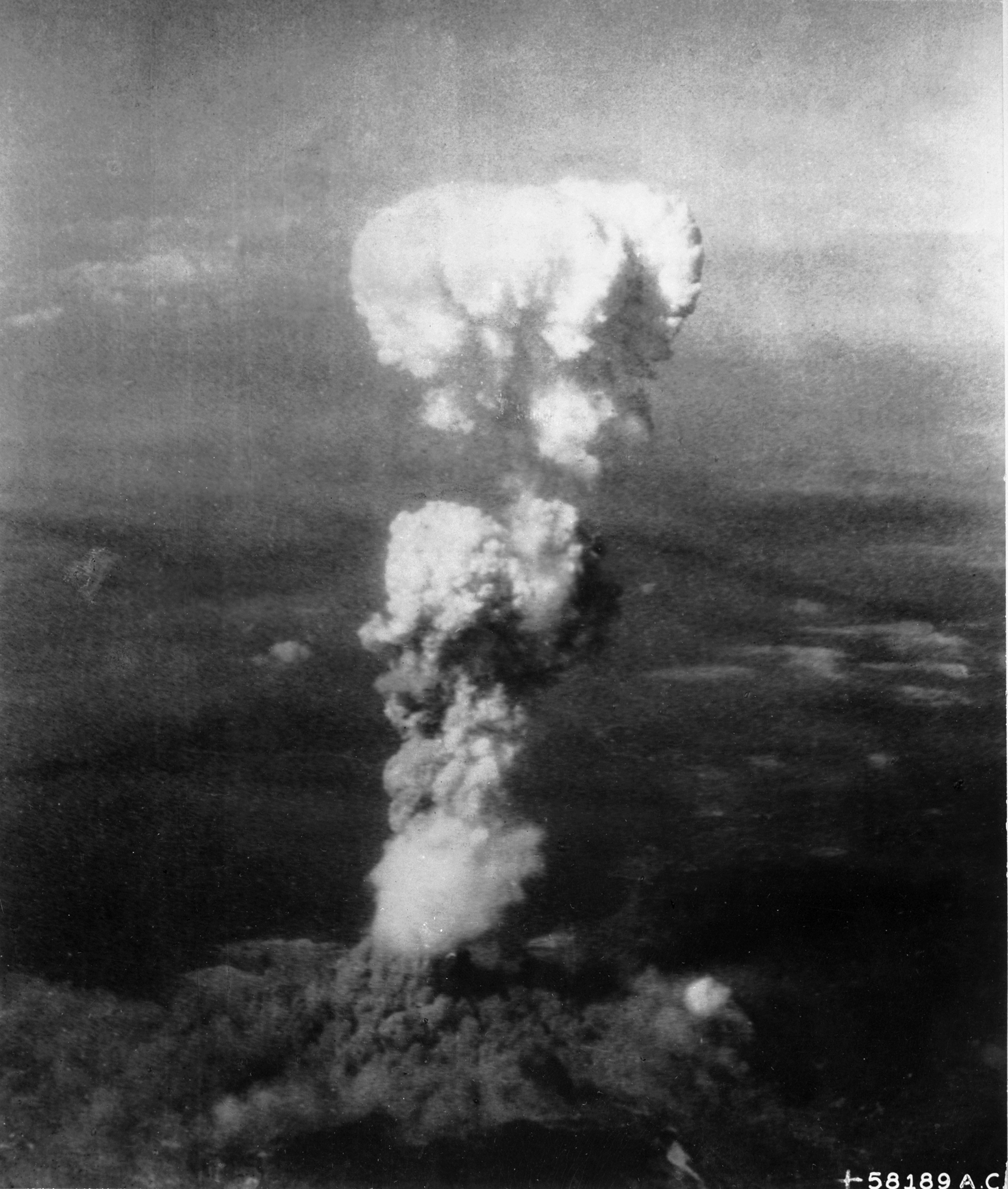 In a building that merely thirty years ago housed a functioning power station, it is perhaps fitting to see an artwork of billowing clouds of smog.

Except, in this image, this cloud isn’t made up of your everyday industrial waste. The photograph was captured on 6th August 1945, less than twenty minutes after the explosion of an atomic bomb. Location: Hiroshima.

‘Conflict, Time, Photography’ is Tate Modern’s latest photography exhibition that seeks to compile images from the aftermath of destruction. The exhibits operate in quite an unusual manner, to quote from the exhibition website:

“In an innovative move, the works are ordered according to how long after the event they were created from moments, days and weeks to decades later. Photographs taken seven months after the fire bombing of Dresden are shown alongside those taken seven months after the end of the First Gulf War… The result is the chance to make never-before-made connections while viewing the legacy of war as artists and photographers have captured it in retrospect.”

I am not a trained eye on art: however as an International Relations student, the ways that humans aim to destroy each other has always been a weirdly fascinating subject to me. I decided that I wanted to see this subject as captured through the lenses of the past 150 years.

The politics of war and violence has been a century-old controversy that has increasingly been complicated and bogged down by various calculations of ethics and morality: legality, legitimacy, ‘right vs. wrong’. In this debate – the agendas (and photoshop skills) of journalists and cameras notwithstanding – photography remains the most reliable way that facts can be presented. All the controversies and debates are removed; all we can see in these images are the remains of destruction, or more clearly, the lack of remains.

The desolate emptiness of destruction.

“The Valley of the Shadow of Death” Crimea 1854 – Roger Fenton

Wars are fought in millions of ways as the opposing sides attempt to outwit one another, their variety is endless; however, the aftermaths of war instead carry uncanny resemblances across history. Through a lens, the smoke minutes after explosion in Hiroshima looks no different to the smokes that rose from Kabul nearly six decades later. Old battlefields look equally deserted months after the Crimean and the Gulf War. After decades, Hitler’s Atlantic forts and the Soviet’s ex-nuclear test sites in Kazakhstan seemed to have met the same fate – overgrown, abandoned. The aftermath of war repeats itself, however much we want to believe otherwise, until somebody decides to do something about it.

In many ways this exhibition is not a documentation of war: it is a reflection of response, of regret, of moving on and eventually forgetting. Towards the end of the exhibition as the time elapsed moved further and further away from the destruction itself, colours returned to the images and, at some point, people started to live a normal life again. At least outwardly. Perhaps time is the best solution, the greatest healer.

However, what happened during a war cannot be reversed. Subtle, but definitely noticeable, gaps remain in our lives. It is only when the generation of the war years passes away that a conflict moves from being an integral part of life and into the history books. Immortalised, but also impersonalised.

And this is how the medium of photography presents conflict: from nuclear annihilation to an ordinary archive in Turkey. These images too are immortalised, impersonalised.

The exhibition runs at the Tate Modern until 15th March 2015. For more details and to buy a ticket, visit the Tate website.

Help Tate by including the voluntary donation to enable Gift Aid

Additional booking fee of £1.75 (£2 via telephone) per transaction applies

Under 12s go free (up to four per parent or guardian)

Justin Cheuk is an International Relations student at Durham University.

This article first appeared on his blog ‘When HK Meets UK’