My Conversation with David McAdam Freud 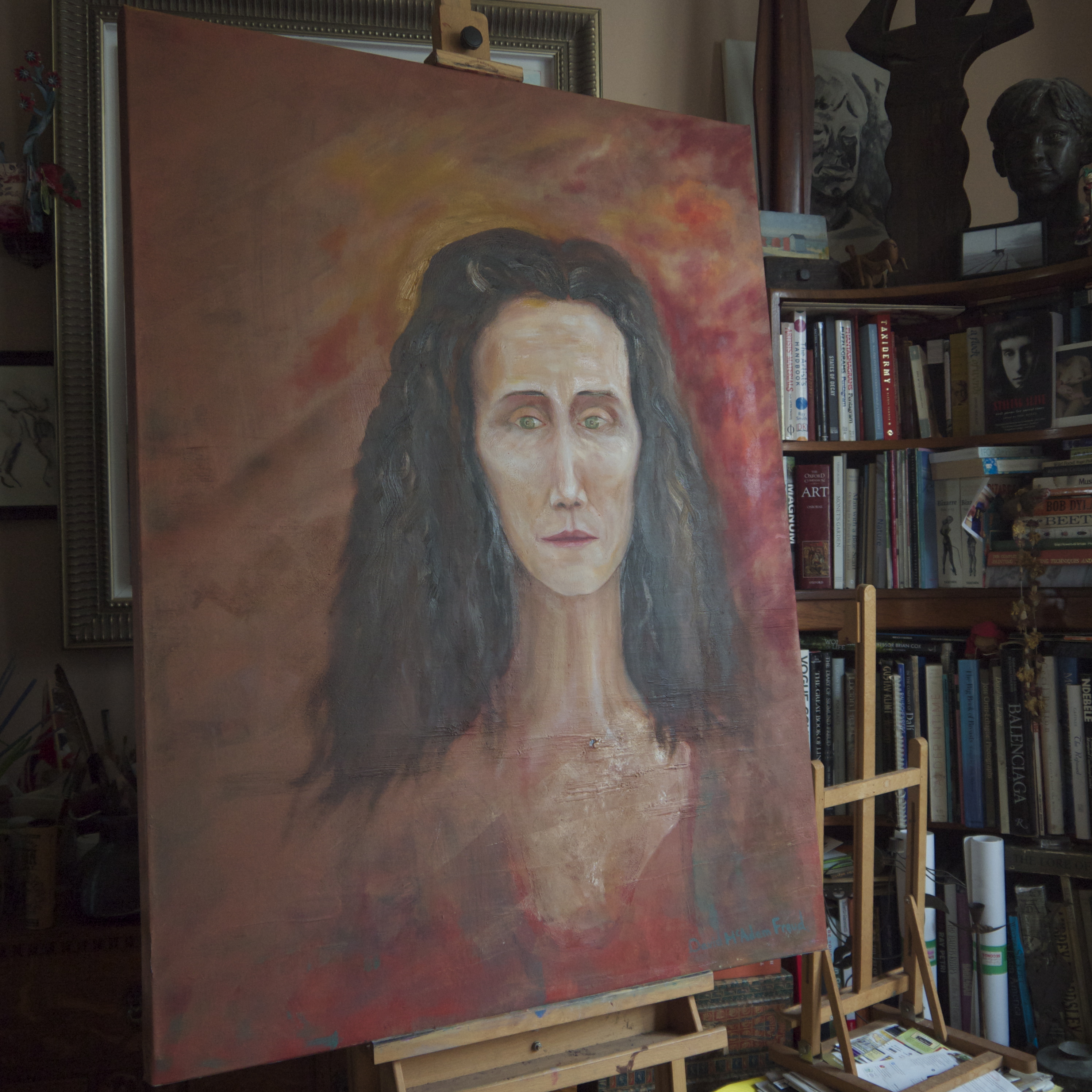 Here’s an unpublished picture of my latest work in progress, Debbi Mason. Allowing Debbi’s features to grow out of an earlier abstract painting (see page two), the likeness is created without physical measurements being mimicked or caricatured.

The Freud dynasty needs no introduction; it is undeniable that David McAdam Freud follows in the footsteps of greatness. But the businessman-turned-artist is resolved to stop weighing his life against the achievements and failures of his father, “to cease to be here on account of and to account for his sins”. We discuss his turbulent relationship with Lucian Freud, the psychoanalytic theory of his great-grandfather, and David’s latest exhibition.

If you had to choose three words to describe your childhood, what would they be?

Were you a prolific artist as a child?

I won a big competition when I was very young but as I became adolescent, I stopped painting because it made the absence of my father more present; teenagers who don’t feel they have access to their father develop low self-esteem. I experienced that. I’ve always compulsively doodled. My art teachers generally allowed art periods to be undisturbed unless pupils asked for help and I didn’t ask. My technique developed alongside my style through years of experimentation in the dark, years made up of time-consuming mistakes and exciting revelation.

You’ve commented that your surname hasn’t played a determinant role in your career and that, as far as your art is concerned, your mother (Katherine McAdam) remains your main influence. A former Art student, she decorated your shared bedroom in your childhood home, a South London council flat, with creative flair. Do you think she was using art cathartically as you do now?

Mum used art as naturally as air, simply and usefully. Working made her more relaxed and content than she usually was. She didn’t seem distracted by having her children around and we appreciated what she made and how she was when she was making it. It wasn’t the big deal or drama that’s made of art when it’s promoted in the media or market. Creating or representing something involves taking a good look. That’s what’s cathartic. I’m rewarded for engaging with what’s around me. The more I explore it, the more I benefit.

You only began your artistic career relatively late in life, after a stint in business because the need to earn a living was more pressing. Did you always know that you would become an artist?

I decided I’d be an artist when I was about 16. By 18 I was determined. A school friend’s dad asked me what I intended to do after school but when I told him I would be an artist he said I had to think of something that would earn money. When I got home from boarding school I told my older brother Paul I was worried by what this man had said but that I was prepared to live in the park if I had to because I’d made my mind up. Paul’s advice was “Get a job, earn some money then be an artist”. That’s what I’ve done. If someone asked for my advice now, I’d say, “Go with your heart”. People can only advise you about their world, not yours. 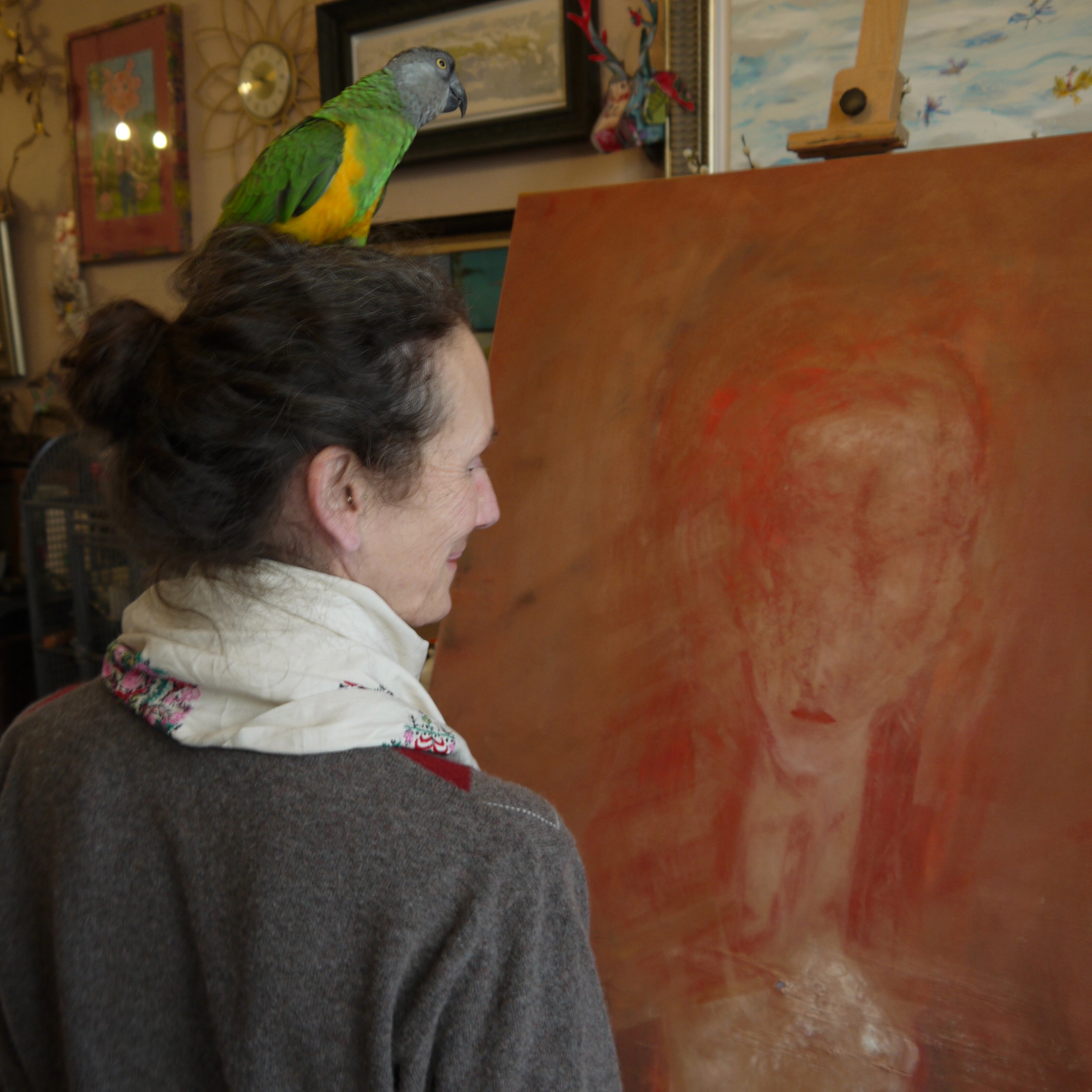 Delving deeper amongst your genealogical roots, I’m curious to know if the psychoanalytic theories of your great-grandfather have (consciously) influenced your work. I’ve noticed a few hints: the painting of a father’s profile glaring down at a baby in a cradle echoes The Future of an Illusion where God is explained as a projection of the father figure towering over the cradle; then there’s the painting of a father reaching his hand out towards his son, which you yourself have described as ‘wish-fulfilment’; would you say that psychoanalysis and dreams inform your artwork?

My great grandfather’s theories have consciously influenced my work. Psychoanalysis and dreams inform my artwork. Training as a counsellor and mentor and practising as a Samaritan have also provided inspiration.

As a teenager, you repressed your feelings of resentment towards your father, whom you didn’t meet properly until the age of 24, and it became a taboo topic between you and your mother. You seem to have found reconciliation through expressing these emotions in your Artwork. Losing Lucian, the series of portraits of your father on his deathbed which you felt spontaneously compelled to produce, featured in your first exhibition, yet at the same time it signalled a ‘letting go’ of the past. Is the work of Lucian Freud an influence you are keen to outgrow?

I am keen to stop weighing my life against the achievements and failures of my father, to cease to be here on account of and to account for his sins. His work and my mother’s were the first artworks I saw. Their styles naturally influence mine.

You never expressed your dreams of becoming an artist to your father and he never actually saw your artwork. How aware were you of his work? Despite your complex relationship, were you in awe of his creations? And did you ever go to any of his exhibitions?

I wasn’t in awe of my father’s works. I went to lots of his exhibitions. I’m impressed by the intensity of his work. For me it represents his own intensity. I like the way he creates figures that are more real than photographic interpretations by being less real than them. 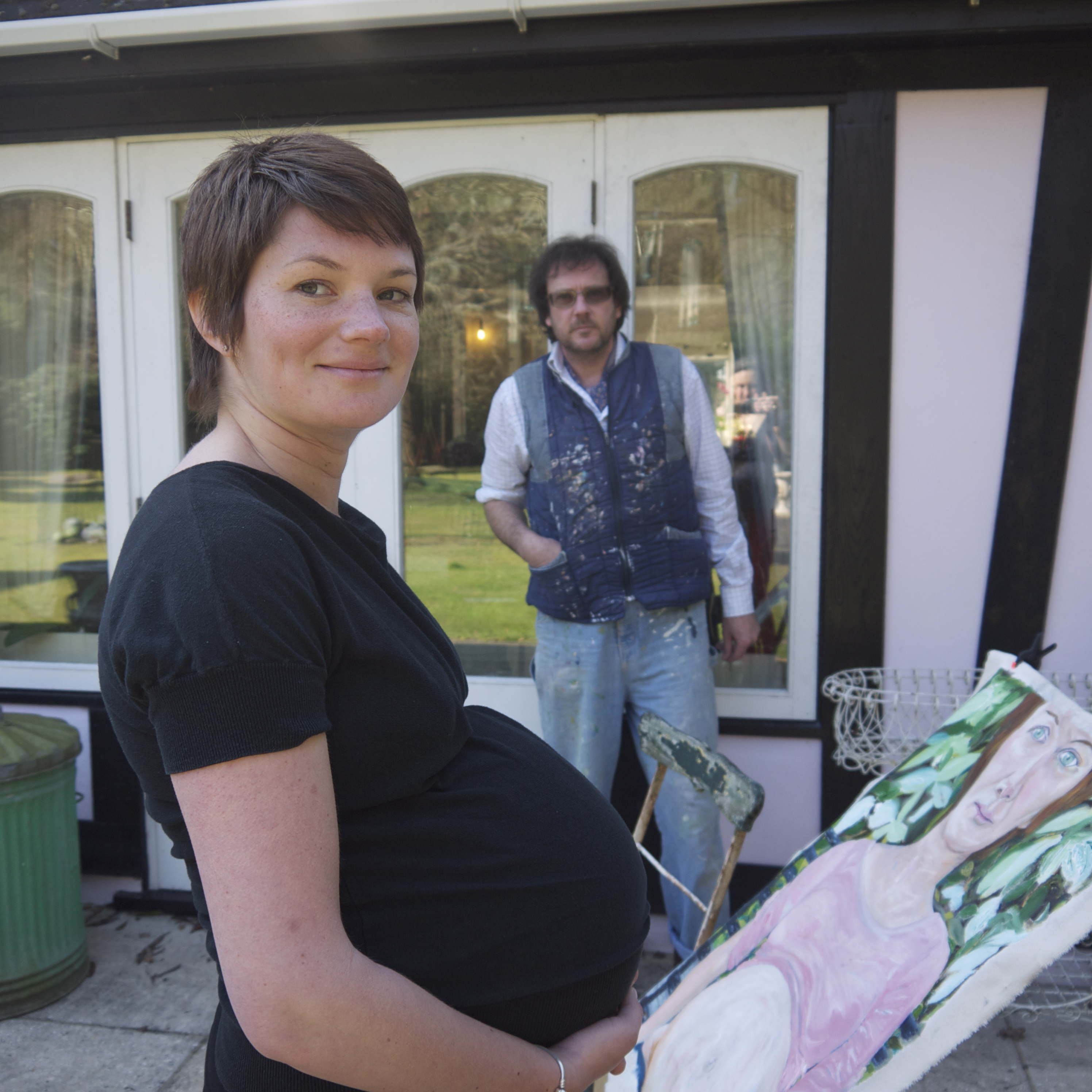 Your recent exhibition in Oxford, entitled Ten dresses for a ten year-old girl, which both reflects on your regretfully distant relationship with your daughter Violet and celebrates your relationship with your partner, Debbi Mason (co-founder of Elle magazine and former Fashion Editor for US Vogue), involved collaborating with the London College of Fashion. What were the experimental techniques you used to create these multi-layered, poetic pieces?

University of Arts London’s London College of Fashion has an impressive array of equipment and very skilled technicians. It was difficult not to be overwhelmed by this and make a show in worship of the wonders of all this technology but Debbi kept the show grounded. I concentrated on heat pressing and screen printing and Debbi worked a lot with embroidery, cutting and sewing machines. There’s a machine which can make the kinds of tapestries which used to take teams of weavers years. We kept our processes simple but subverted the normal uses of equipment, creating effects by heat pressing paint for example.

To find out more about the work of David McAdam Freud, you can visit his Facebook page.