Media vs Environmental Change; the place of photography in creating awareness.

In the words of Ansel Adams “If you take photographs, make the photographs useful” and what’s more useful than saving our planet and the human race from going into extinction. OK, that’s a bold claim to make, I know. The idea that a single (or set) of photographs can have this impact may seem farfetched, however when put together and joined in a community, photographs can and have made real impacts. As we all know, “a picture paints a thousand words”, and in the case of environmental issues, it has never been truer. Research has shown that when individuals are faced with harsh environmental realities in the form of visual arts, they are far more likely to experience an emotional connection than those who were only spoken to about the same issues (Media Watch, 2014). Pictures have an incredible ability to stir emotions within us and to bring us to huge realisations about the world we live in. As pointed out by Pete Oxford (a British conservation photographer), imagery instantaneously transcends the boundaries caused by gender, age, cultures and language, and so is far greater than the written word. Therefore, photographs can be used as a tool for change, and over recent years have played a huge part in educating society on the current condition of our climate.

Some environmental photographers have been leading the way on this:

A project was undertaken by photographer Ben Von Wong. He quite literally made a sea out of (10,000) plastic bottles in his studio in Canada to represent the current state of our oceans and possible reality if our behaviour continues. In an almost juxtaposition, the image is calm and still, compared to the pressing need for change, and he uses what he describes as a “unique and beautiful” mermaid. His images bring to light the mermaid who appears to have resigned herself to the probability of this becoming a reality. The beautiful blend of colours offer a sense of tranquillity, which creates a feeling of disconcertion and imbalance within the viewers, encouraging them to form an emotional reaction. 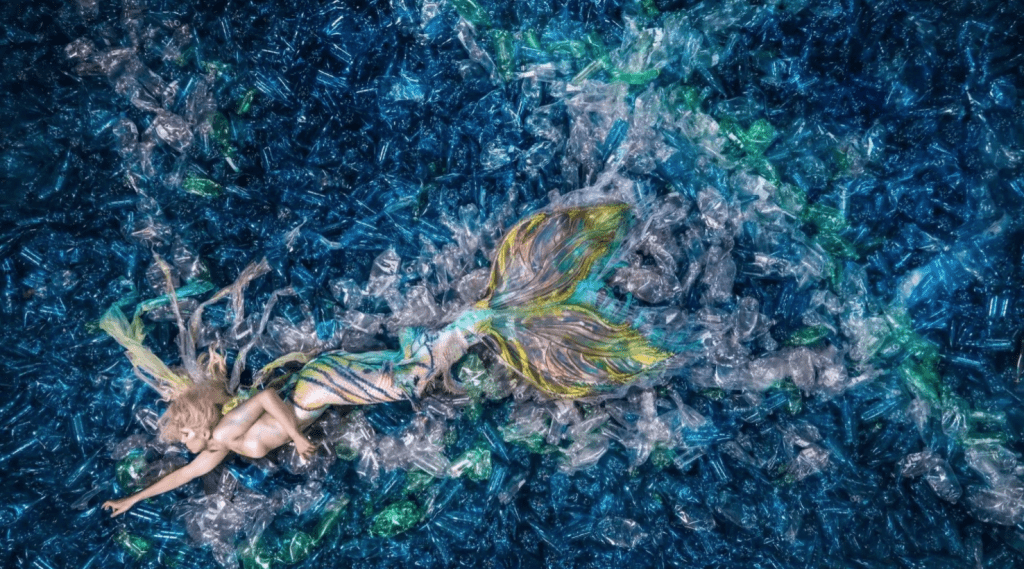 Eliud Gil Samaniego, a runner up for the environmental photographer of the year award, has focused his work around exposing human pollution and its impact on our planet. His most memorable shot was called “polluted new year”, taken on January 1st 2018 over the city of Mexicali. After the new year’s fireworks, along with their heavily industrialised city, he took an eye-opening photo demonstrating its damage. Although pollution is spoken about frequently, it is rarely visualised as it is difficult to capture its full extent, making this a much-needed contribution to environmental photography. 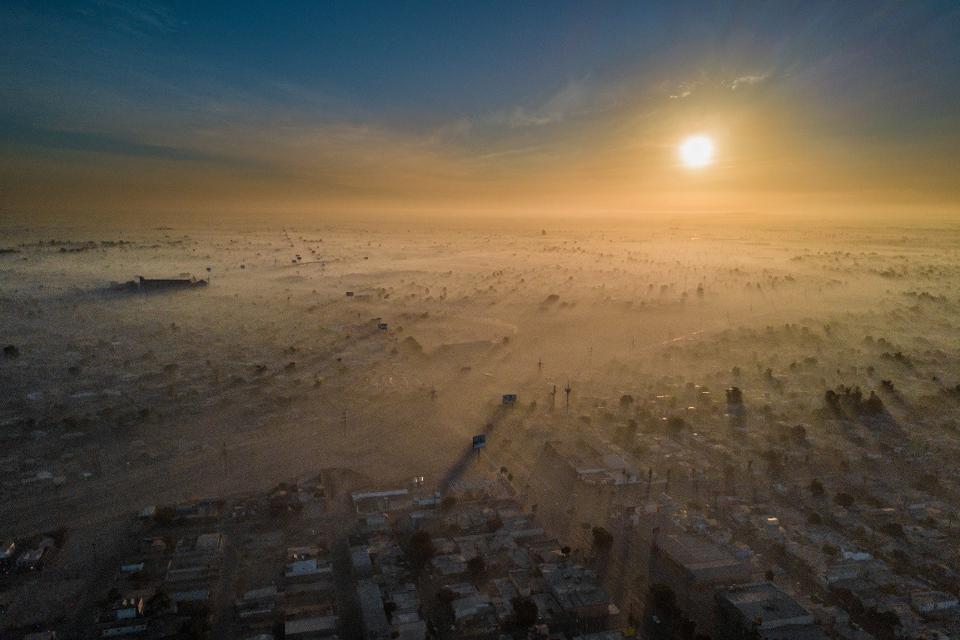 In this colourful yet heavily distressing image, Shanth Kumar provides us with an insight into the devastation caused by a wave crashing through a small shanty town in Mumbai, India. This city has seen an increase in land and sea temperatures, with summers getting hotter and winters getting colder. The excessive rain is causing a higher risk of coastal flooding, caused by the impact humans are leaving on the planet. For many of us, this seems so far away from anything we have experienced. The use of visual imagery allows society to have a deeper awareness of the tragedies caused by our actions (or lack of) and as a whole, an increased ability to help. 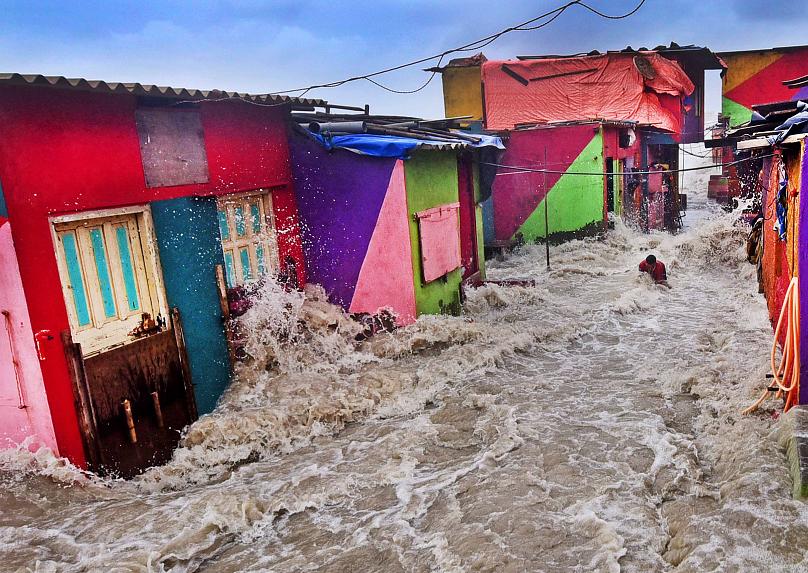 Although these images above are extremely inspirational, you do not need to be a professional photographer to make a difference. Independent and local photographers can almost have more of an impact by showing their audiences and friends their first hand experiences of eco issues. Additionally, when it is someone you know sharing the content, it is hard to ignore, often causing more people to think about how they can make a difference. A well-known environmental Spanish photographer, Jamie Rojo, believes photography is about creating awareness and fostering a change in the way we see and respond to our natural world.  So – I encourage you to take photos, contribute to the environmental content circulating around Facebook, Instagram and Twitter, take a stand and others will follow.

To see more powerful images depicting the state of our current climate, follow the link.