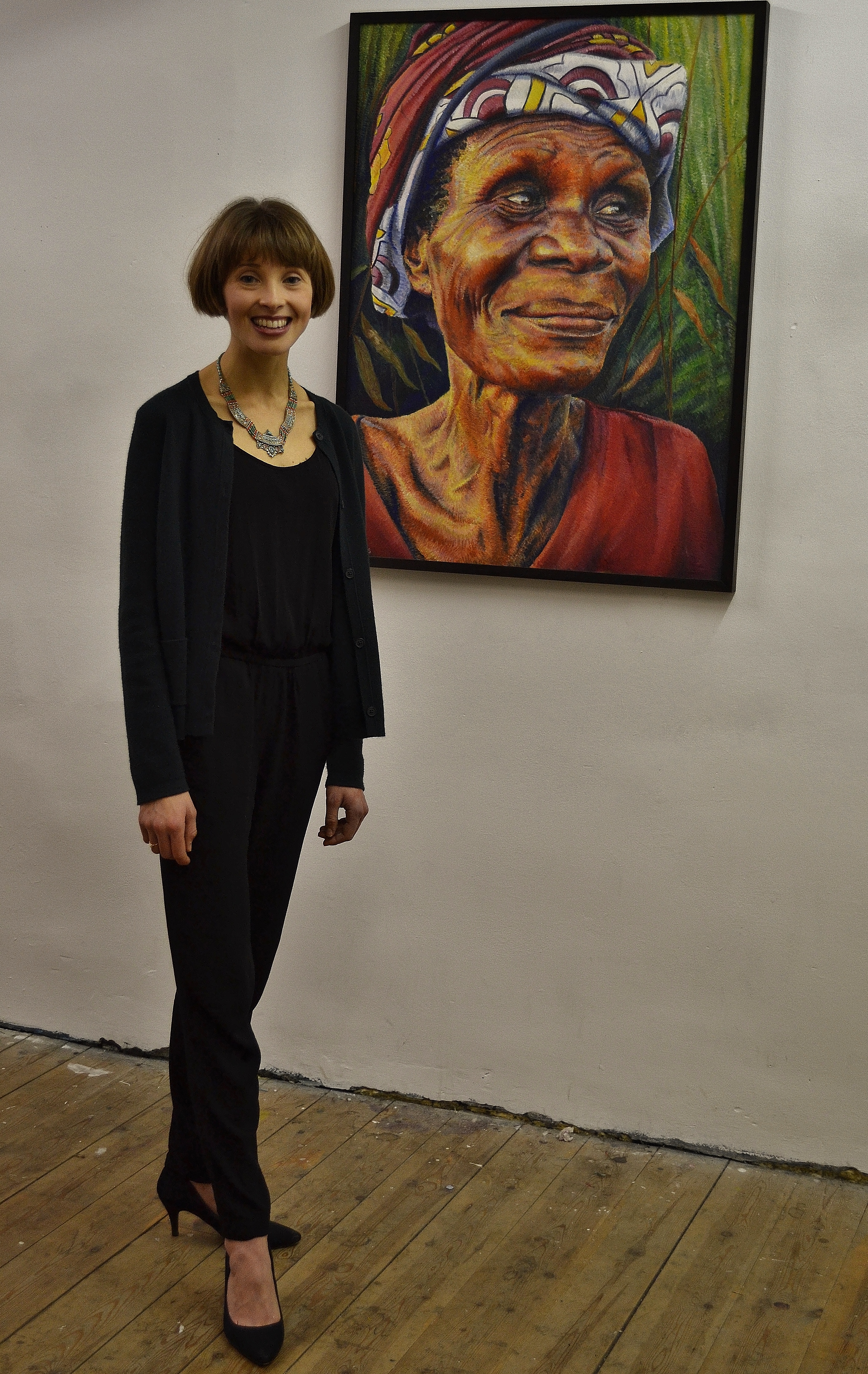 Hannah Rose Thomas is a fourth year Durham student with a remarkable artistic talent; she spent her year abroad embarking on an extraordinary series of creative projects. At a recent exhibition of her work, held at Durham’s Empty Shop, I got an insight into the stages of her journey, both artistic and humanitarian.

From Hannah’s early work, some pieces of which are displayed in the exhibition, for example, a large painting from 2010, Mozambican Woman, it is clear that she has an incredible gift for painting. Hannah described how she was inspired to paint this woman because of her ‘joy and radiance even in the midst of absolute poverty’, and she really captures the spirit of the woman in the joyful and luminous colouration of this piece. The lively strokes of colour lend this work a pointillist effect as the dots and dashes of yellows, ochres, and reds harmonise, swirling outwards from the centre of the woman’s face like rays of sunlight. Indeed, Hannah herself claims the impressionists and neo-impressionists as a big influence on her painting style, particularly Monet and Van Gogh, as is evidenced by her vibrant and expressive uses of brushwork and colour.

This exhibition however clearly marked a progression in Hannah’s style. In the summer of 2013, Hannah travelled to Florence to study a course in ‘Painting the Figure in Oil’ at the Academy of Art. Whilst there, she painted a striking, classically posed nude, exhibiting a mastery of chiaroscuro and illusionistic rendering of skin tones. This more ‘Academic’ style remains just as expressive as her earlier work in terms of its exquisite capturing of character and body language, as we see in the proud and serene face of the model. However, in its technical execution this work has much more in common with the work of the Masters of the Dutch Golden Age such as Vermeer, and with the soft and rich representations of skin that we see in works by Leonardo da Vinci.

Hannah’s learning experience in Florence had a profound impact upon her work, with this influence clearly seen in her later paintings made during her year abroad. Hannah spent time working in Jordan, undertaking placements at the Zaatari Refugee Camp with the UNHCR internship programme. The Zaatari camp is situated about 12km from the Syrian border. It takes in about 2,000 new residents every day and is now a sprawling ‘tent-city’ of 30,000 shelters and administration buildings. Working at the camp provided Hannah with a wealth of inspiring characters to depict in her portraits. Hannah took to taking her camera with her at every opportunity so that she could capture the faces of the people that she came to help and to know for herself. There is certainly a dramatic photographic quality to many of her paintings from this time, for example, the Syrian Refugee Woman, Zaatari Camp (2014) has much in common with the work of the renowned journalistic photographer, Steve McCurry. Shrouded in her headscarf, the woman appears to mask herself from the horrors that she has seen, and yet her eyes burn out from the painting with a sparkling, penetrating gaze. She is, in spite of her ordeal, still incredibly strong. The influence of Vermeer is evident in Hannah’s use of muted colours and in the skilfully illusionistic depiction of fabrics. If we compare this to Vermeer’s most renowned painting Girl with a Pearl Earring it is evident that the most profound impact of this Old Master is in the play of light in the eyes, this is how character is conveyed in Vermeer’s work and Hannah has a stunning ability to emulate this small, but crucially important, and incredibly moving, detail. 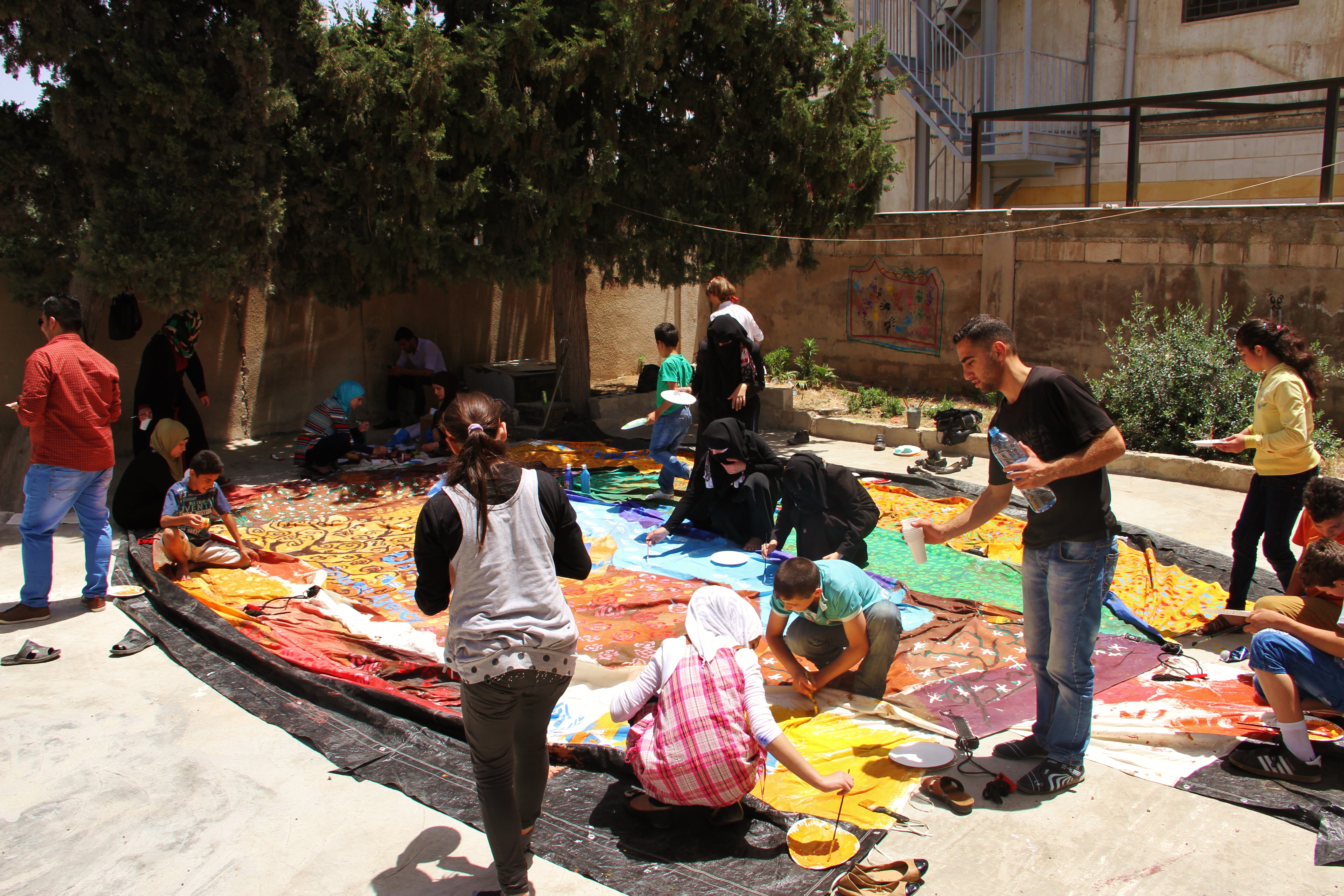 During her time working at the Zaatari Camp, Hannah employed her artistic skills as a way of injecting life and vibrancy into the lives of these displaced families by organising workshops and mural projects for children. The UNHCR quickly recognised Hannah’s unique gift and asked her to take on the role of ‘Creative Director’ for their World Refugee Day Project in 2014. Hannah set about designing a series of installations, centred on the idea of the Refugee Tent. The Refugee Tent is a structure that is emblematic of the struggle of those who are displaced by conflict and disaster, a fitting symbol to commemorate the difficulties faced by many thousands of families around the world. Hannah travelled around several camps in remote areas of Jordan producing a series of tents on the themes of ‘The Impact of War’, ‘Hope’ and ‘Memories of Syria’. The designs incorporated raw images from the minds of Syrian children, who communicated their thoughts and feelings about their lives straight onto the canvas. The designs also included poignant reminders of their homeland with images of jasmine, which is the flower of Syria, and of the rose, which is the iconic symbol of Damascus. These tents are powerful symbols of displacement, war, and sorrow, but they are also a symbol of healing as the refugee communities came together to share their feelings and their stories, thereby collectively unburdening themselves, at least momentarily, of the tragedies of the last few years. These tents will be on display in the South Bank in London in 2015 as a testament to the fact that the world has not, and will not forget about the Syrian refugees, or about any displaced people around the globe today.

Hannah’s paintings are also themselves an affecting reminder of a conflict that may seem very far away. In her astonishingly characterful portraits, Hannah shows the viewer the startling, vivid humanity of her subjects; they seem to come alive before your eyes and, with the moving gazes that emanate from their eyes, they pierce your very memory, searing their faces into your mind.