The phrase ‘Don’t judge a book by its cover’ is as misleading as it is helpful. Sure, the sentiment is nice when applied to real-world situations, whether that’s meeting new people or overcoming the mental block that visuals can impose on us. But as for books, I think it’s absolutely necessary to judge. Not only does it give an insight into what the book’s about, or the time and intention that has been put into editing, but it is, essentially, a book’s justification for why it should be picked up. If we view books from the outside as individual artworks, we cannot be denied the opportunity of casting a critical eye. Every day we are bombarded by news, ads, books and artworks, and at some point we really need to question what is worth our time. So what do people tend to look at when they judge a book? Can we think about being critical about a book cover in the way as we do an artwork? And last but not least, is judging a book by its cover really fair? By guiding you, my lovely reader, through my journey as a bookworm, I hope to share what my answers to these questions might be.

First up: texture. For me, this factor throws all other bookish properties out of the ballpark. A shiny, raised pattern is both eye-catching and exciting, giving that feeling that you have stumbled across a unique gem in the hidden archives of a deep dark library. Art director for The Folio Society, Raquel Leis Allion, says that the use of texture, whether in cloth or paper, is often intuitive. Alternatively, it can link to a ‘particular historic uniform’: so if you’re getting to grips with Homer, get ready for a hefty tome bound in leather. I am a self-admittedly fickle book-judger, but when it comes to a cloth or leather bound book, I am somehow hooked. A vivid and perhaps rightful failure in this method of judging came when I decided I wanted to delve into the non-fiction section at school. Stumbling out of the library with a heap of books in my arms, I later found myself blindly staring at a midnight-blue leather book, with golden embroidery, that was telling me something about – actually, I have no idea what it was about. That’s kind of the point. It’s safe to say that from then on I was more cautious when it came to texture.

Next up is the not-to-be-underestimated illustration. The most obvious aspect of illustration is that it always requires time and money to create, so it is evident that someone cares about the book enough to take hours and hours sourcing, commissioning, and redrafting a unique artwork. In many cases, this is enough for me to at least pick up the book in question. Literary classics like ‘Julius Caesar’, ‘Nineteen Eighty-Four’ and ‘The Picture of Dorian Gray’ are apt to be cast off with a plain cover as they have the literary backing to be picked off the shelves regardless. Nonetheless, companies like Penguin Books have recognised the importance of a reader’s initial judgement and have invested a huge amount in custom illustrations. A personal favourite series of mine is the Penguin English Library of 2012, illustrated by 22 artists and led by art director Jim Stoddart and in-house designer Coralie Bickford-Smith. When I first saw this collection, my English-student nerves were absolutely buzzing. The beautiful designs hark back to the long history of Penguin as a publishing company, and convey the character of each novel as an individual entity, even while demonstrating that the books are part of a wider literary tradition. 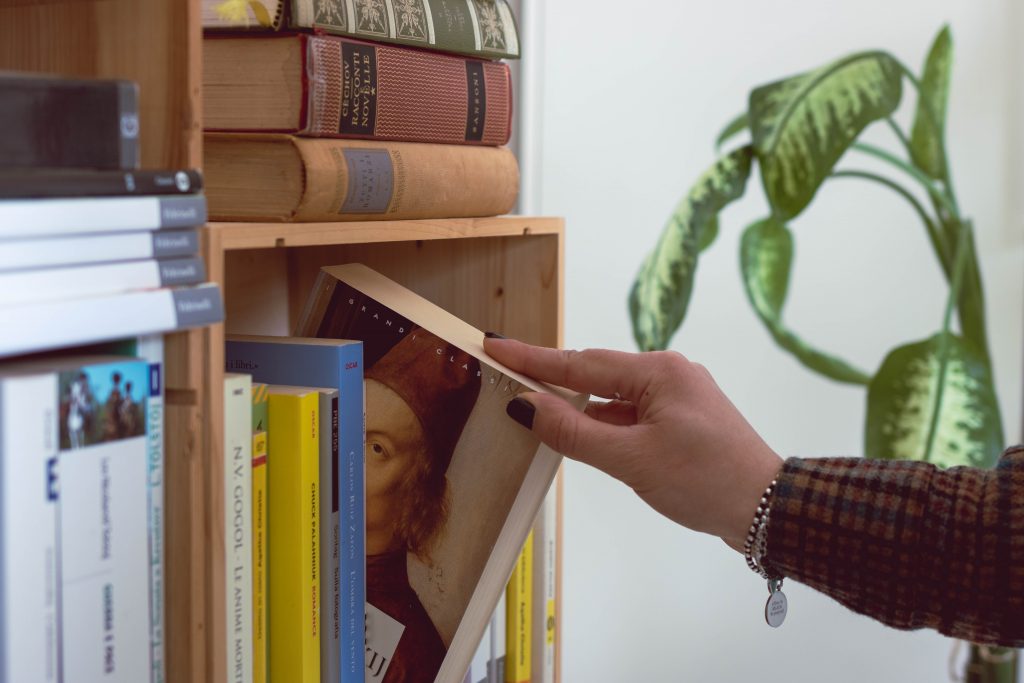 Last and perhaps closer to least is photography and photographs of pre-existing artworks. Now, I don’t want to be dismissive here – these opinions are purely my own. It is an irrevocable fact of photography that it only captures a single moment; it can be poised to perfection, much-debated and edited, but at the end of the day it has less depth, to me, than illustration does. A common tactic again with well-known literary books is to simply paste a photo of an artwork from the time, or an artwork that has some relevance to the book, onto the front cover. The artworks can be beautiful and elaborate, just like illustration, but they are not made for the book, and so lose their strength. For me, a photographed cover, unless it is especially bright and capturing, is a deterrent. And don’t even get me started on photos of textures; I remember the horror I found when, looking for a copy of Edith Wharton’s ‘A Backward Glance’, I stumbled across the Wildhern Press edition. I do not believe this particular cover is representative of their work as a publishing company by any means, but the fact stands that holding the book was a displeasure more than anything – and by no reason of Wharton’s writing.

So, is it fair to judge a book by its cover? Maybe not, but I have not held back from exposing my book-judgement tendencies for a reason. I think there is too much virtuous stigma attached to the phrase ‘don’t judge a book by its cover’, making us as viewers feel guilty for being critical. This is, of course, a big no-no in the art world: judgement is what we do! Where books most clearly differ from artworks is that they have a depth of content behind their cover, but I think the act of initial judgement of a book cover is much the same as it is with art. It might be that the best solution is one of balance (as it often is). That initial judgement is essential for narrowing our scope of vision, but maybe taking a little more time over the slightly more unassuming books could do us all a bit of good.