Caravaggio: a seminal painter in the history of Western art 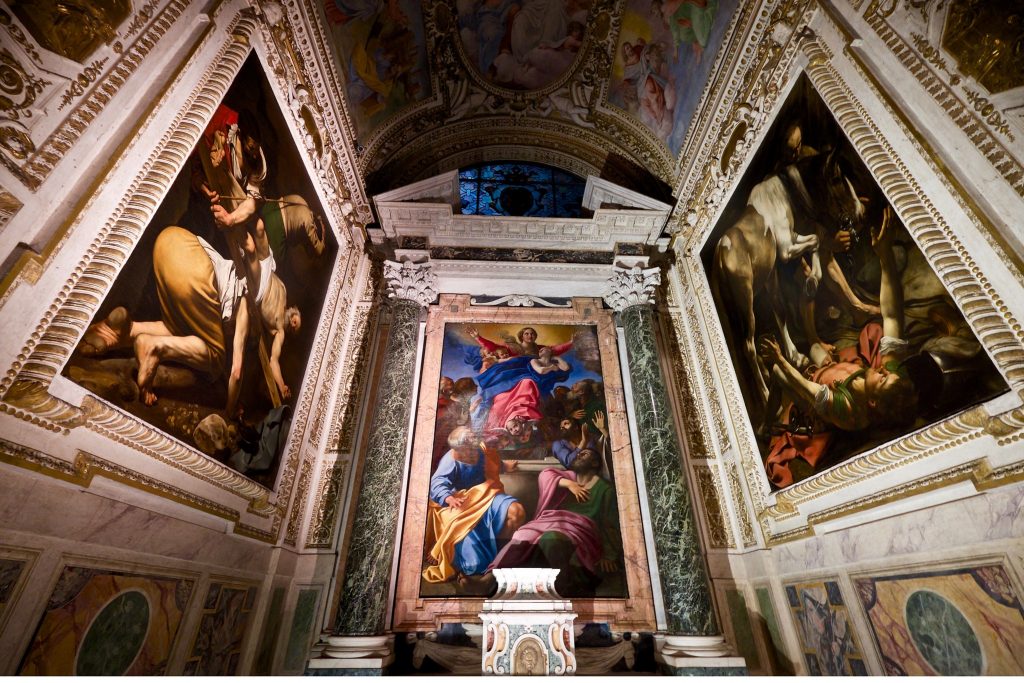 2019 was an important year for Caravaggio. His painting Judith and Holofernes was estimated to sell in Toulouse for $110 million, the highest auction price ever reached by an artwork in Europe, while 17th October marked 50 years since his Nativity with St Francis and St Lawrence was stolen from an Oratory in Palermo. These events may have made waves in the world of the arts, but for many people they were of virtually no significance. 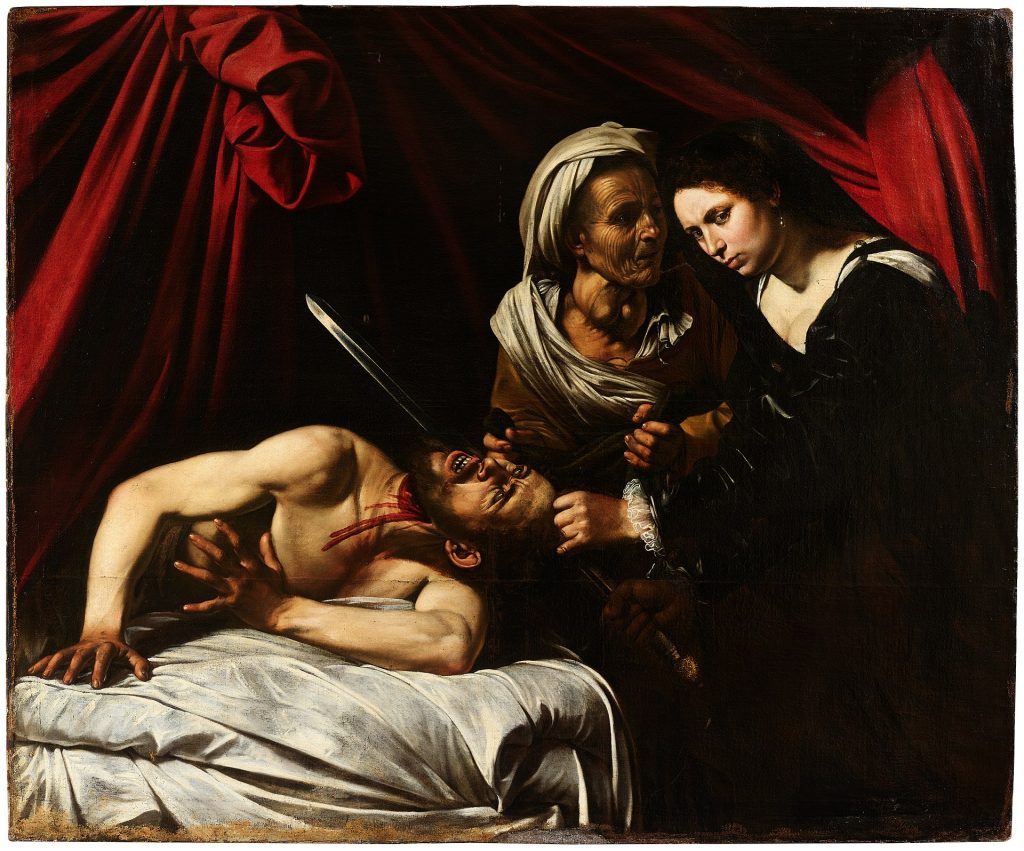 This is perhaps owing to the artist’s anonymity beyond the confines of Europe’s ‘bel paese’. To many, Caravaggio is merely another Italian painter, motivated by a predilection for depicting flowers and fruit. In the eyes of critics, however, his importance cannot be overstated. Many have labelled him history’s first “modern” painter, a pioneer of realism whose techniques transformed the course of 17th century art.

So who is Caravaggio, then, and why were his paintings so revolutionary?

Born in 1571 in the north of Italy, Caravaggio’s full name was actually Michelangelo Merisi; his nickname derives from the town where he grew up. Though he had a reputation for being outspoken and vengeful, these traits only manifested themselves later on in his life. They were very possibly a product of his traumatic childhood; he lost his grandmother, uncle and father to a plague before his youth. Upon his 13th birthday, he moved to Milan to work as an artist’s apprentice, and at 21 settled in Rome to make an impression on the city’s painting scene.

And make an impression he did. Not only were his depictions unflinchingly realistic, their connotations also aroused a great deal of controversy. Unlike his contemporaries, Caravaggio refrained from transforming reality into an idealised version of itself. He chose instead to cast ordinary men as his saints and angels, in this way compelling viewers to identify with the figures and question their own moral frameworks. 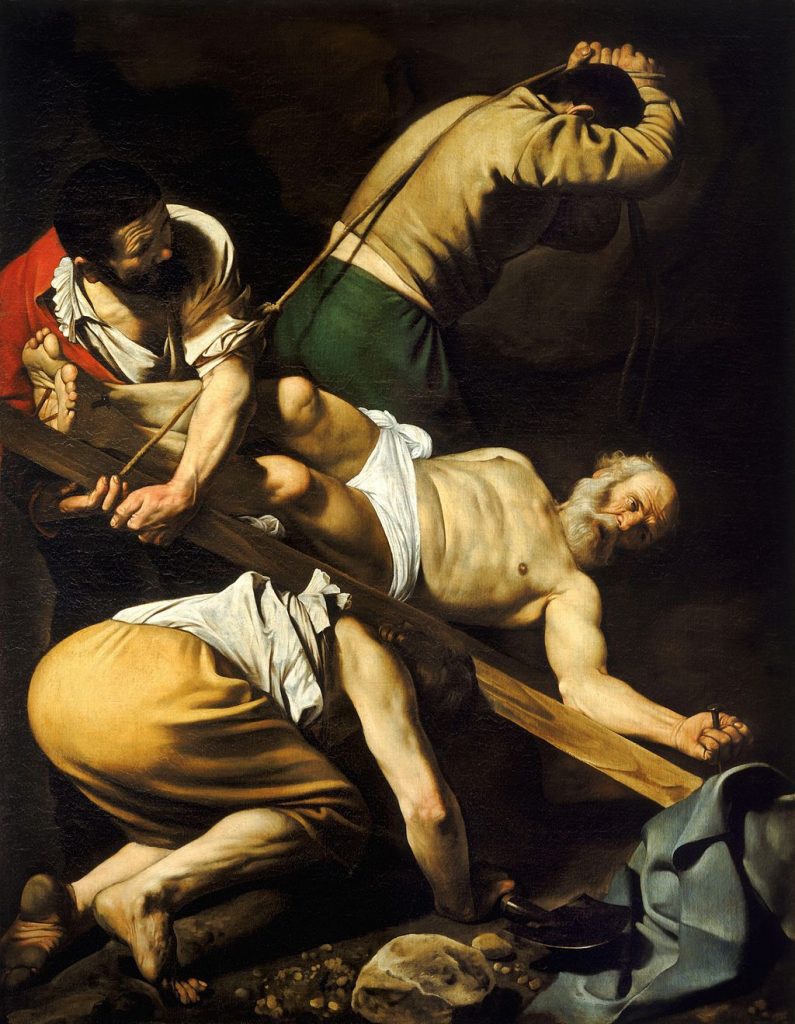 Take The Crucifixion of Saint Peter, for example.

In this painting, we see Saint Peter at his martyrdom, being hoisted upside down onto a cross by three labourers. This isn’t the depiction of the scene that we are used to seeing in Renaissance paintings: Caravaggio’s Saint Peter is old and gnarled by labour, and the three men alongside him are ordinary working folk. The artist perhaps wanted viewers to place themselves within the frame, and consider how they would have behaved in the situation.

It was highly unusual for 17th century artists to pluck people from the streets and paint them from life. “Artists had always drawn from life, but no one posed their models and painted directly from life onto the canvas,” says National Gallery curator Letizia Treves. “Caravaggio didn’t bother with the academic study of drawing. He skipped that stage because he believed in the importance of looking at nature.”

Caravaggio’s compositions acknowledged every minute detail of his models’ appearances, from workers’ dirty fingernails to ladies’ wrinkled foreheads. The realism he imparted to his works was so intense that it overpowered classical symbolism, exposing the artificiality of 16th century painting in its path.

Caravaggio’s honest depictions weren’t alone in rendering his works controversial. His art also happened to be dripping with sexuality. Boy with a Basket of Fruit and Boy Bitten by a Lizard are prime examples of this: both paintings feature young men posing as prostitutes, surrounded by luscious fruits and flowers. The works astounded his contemporaries. Not only did they introduce Romans – the majority of whom were Christian – to an extremely taboo subject, they also exposed the artist’s homosexuality. Since society at the time was known to burn people alive for sodomy, Caravaggio’s readiness to expose his sexual preferences was deemed unfathomable by many. 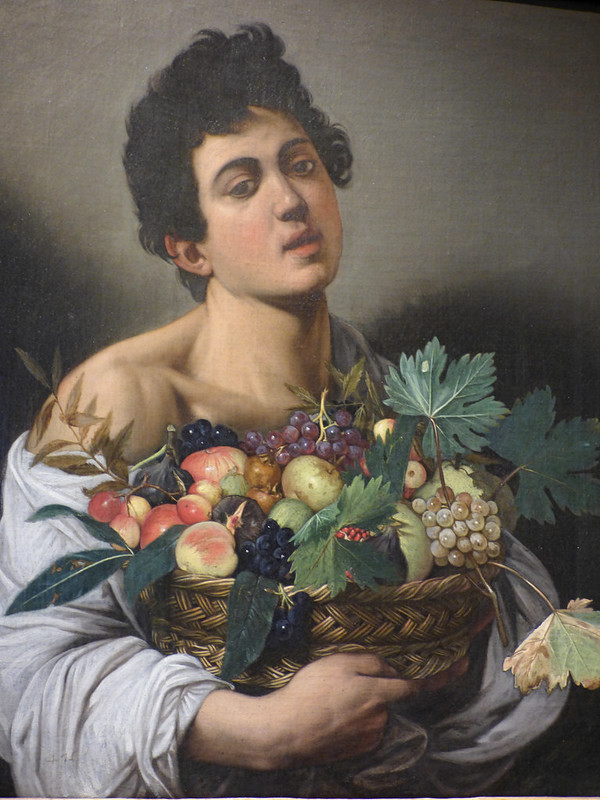 Several modern creatives have been inspired by Caravaggio, with the gay, Marxist filmmaker Pier Paolo Pasolini among them. Characters in a large number of his movies, from Mamma Roma to The Gospel According to St. Matthew, bear close resemblance to Caravaggio’s figures. Such characterisations have cemented the artist’s reputation as a modern gay icon.

Hollywood director Martin Scorsese also draws inspiration from Caravaggio’s paintings. The artist’s influence is most conspicuous in his 1993 movie Mean Streets. For all the skills that the artist possessed, it is his ability to transfix the onlooker that Scorsese admires: “you come upon the scene midway and you’re immersed in it. It was different from the composition of the paintings that preceded it.”

His scenes seem to be caught in a state of suspense, as if captured by a camera lens at a moment of contorted action. The composition of The Cardsharps is evocative in this way. Caravaggio deliberately conceals the crook’s right eye from view, ensuring that no one – not even the viewer – can see or know everything they might wish to. The dramatic immediacy of the scene, heightened by our inability to predict its denouement, engages the viewer to an exceptional degree.

In my mind, however, it is Caravaggio’s use of light that renders him one of Western history’s most seminal artists. His paintings are not only eye-catching for their element of the unexpected, but for their stark tenebristic contrasts as well. Spaces are animated by oppositions of light and shadow; contrasts which some believe reflect the antagonisms within the artist’s character. 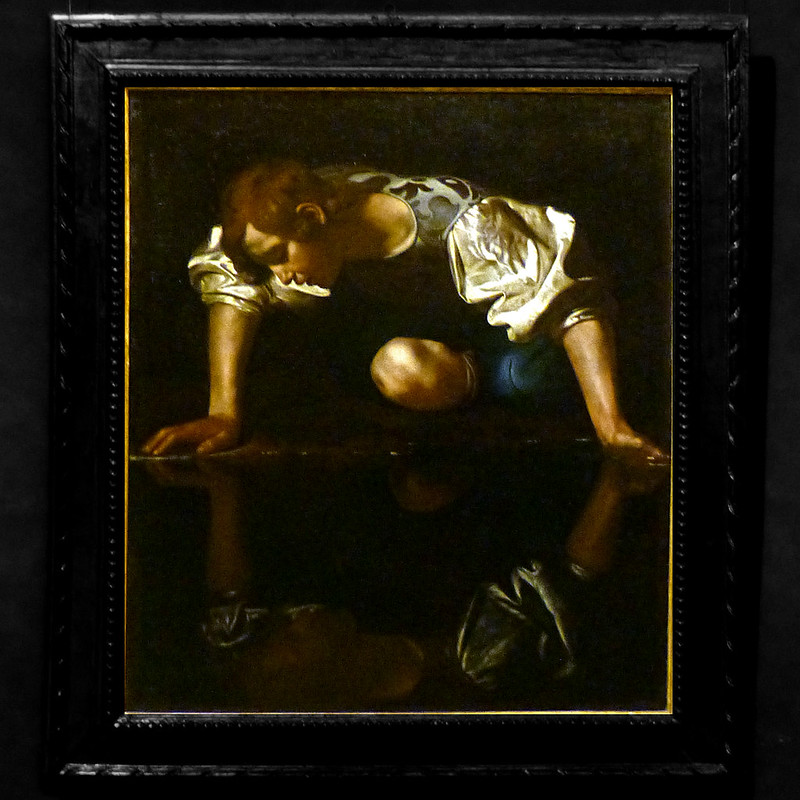 Caravaggio was a very troubled individual, whose life was a truth stranger than fiction. Before his death at the age of just 39, no fewer than 17 police reports had been filed against him, and he had been on trial at least 11 times. Aside from being arrested for throwing a plate of artichokes at a waiter, he had killed a man, become a knight and escaped one of the world’s most impregnable prisons.

Image by Pom’. Available on flickr under Creative Commons 1.0 licence.

Yet the very passions that marred Caravaggio’s life with turbulence most likely also contributed to the brilliance of his art. Opinion may have been divided over his artistic style, not to mention his propensity to depict desperation and poverty, but the profound legacy his paintings left on 17th century society is something not even his harshest critics could ignore. In the years following his death, and to a certain extent during his lifetime too, scores of ‘Caravaggisti’ sprang up across Europe, their works closely imitating the artist’s stylistic trademarks. As art critic Robert Hughes once put it, “there was art before him and art after him, and they were not the same.” 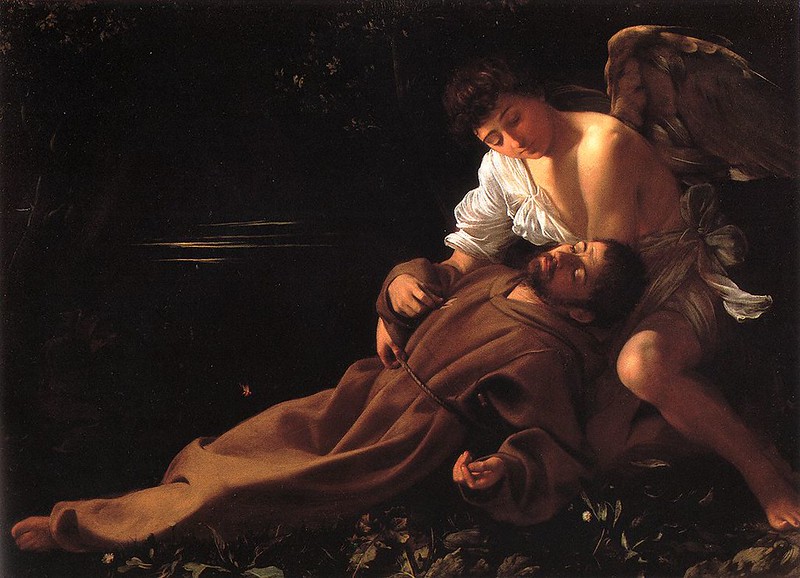 It’s no wonder, then, that the Sicilian Mafia are rumored to display one of his stolen paintings during meetings, in a bid to symbolise their power over the peninsula. His paintings leave a lasting impression on anyone who sees them, and never cease to astonish for their originality and intensity. In the words of art historian André Berne-Joffroy, “what begins in the work of Caravaggio is, quite simply, modern painting.”

We would all, in my opinion, do well to appreciate his legacy.

Feature photograph taken by Francesca Halliwell of Caravaggio’s Crucifixion of St. Peter whilst in Rome.