Frida Kahlo was a very mysterious personality. Her artworks have mainly been associated with Primitivism, Surrealism and Magic Realism. She was grown influentially for feminist studies while Kahlo became a cultural icon. She was considered one of Mexico’s greatest artists. She exhibited her paintings in Paris and Mexico before her death in 1954.

She was born on July 6, 1907, in Coyoacan, Mexico. Her father was a German descendant and a photographer. Her mother was half Amerindian and half Spanish. She contracted polio at the age of 6, and she had to be bedridden for nine months. She attended the renowned National Preparatory School in Mexico City in 1922. While there were only thirty-five female students, she soon became very famous as she was very outspoken and confident. During her school years, she met Diego Riviera, the renowned Mexican muralist. He was working on a mural called “The Creation”, which was held on the school campus. When Frida saw him, she whispered that she would eventually marry him. Later on in her life, they would become inseparable. 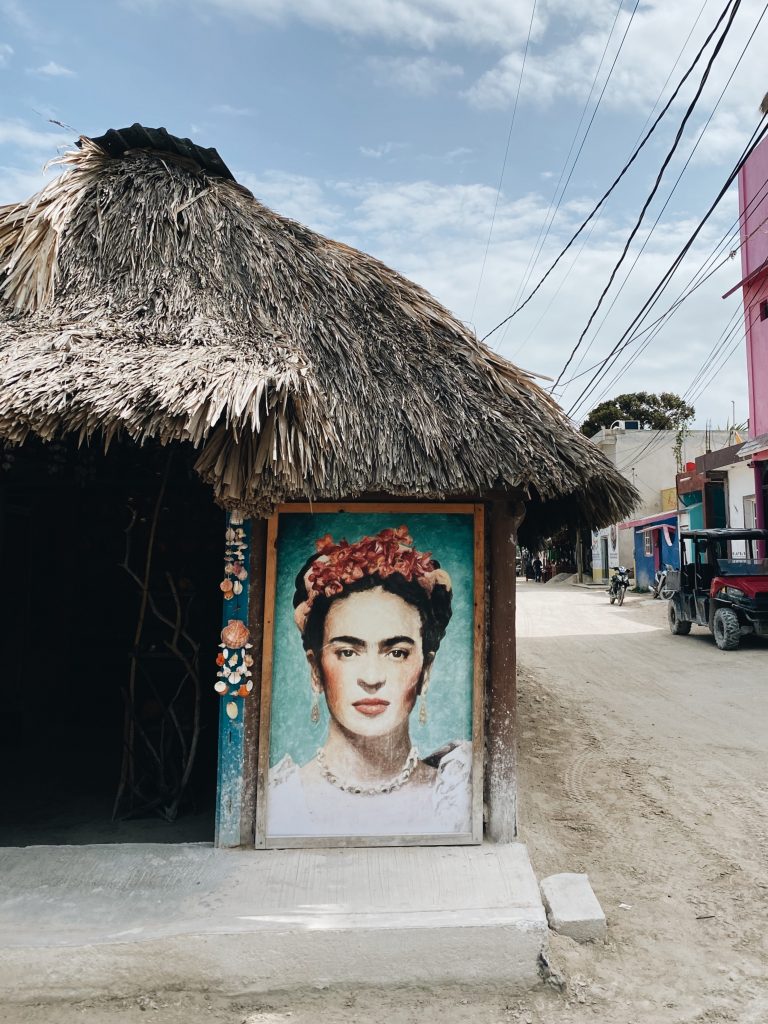 Before getting together with Rivera, she fell in love with a political leader, Alejandro Gomez Arias. While on a bus, she had a tragic accident, and she was injured so severely that she had to stay for weeks in the Red Cross Hospital in Mexico City. After she returned home, she had to wear a full-body cast for three months. Since the pain was unbearable and she couldn’t leave her bed, she found herself painting all day. By using painting as a personal getaway, she managed to accomplish a series of images. She began drawing self-portraits, and she said that she painted herself, as it was the subject that she knew best.

In 1928, she reconnected with Rivera, and the two of them started their long romantic relationship. Over her relationship with Rivera, her style was also mainly influenced by him. Their relationship was very emotionally wrecking with many ups and downs as Rivera had a lot of affairs. Through her paintings, Frida communicated her feelings which included, sadness, happiness, depression and heartbreak. As a unique union, Kahlo and Rivera went through periods of separation, but they had joined homes and studios in San Angel, Mexico. 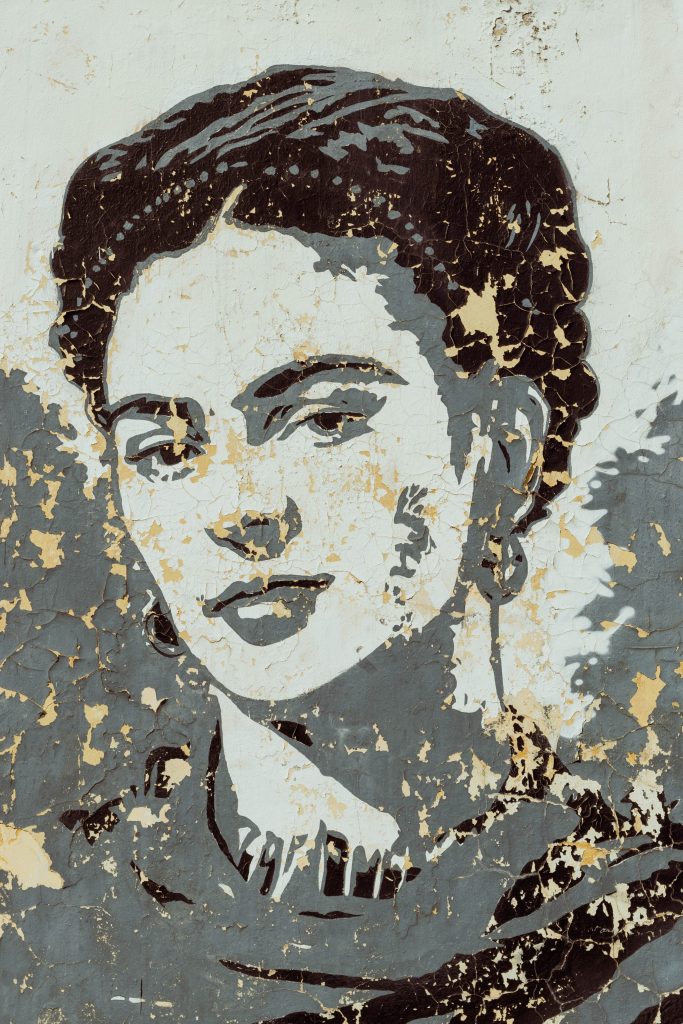 Influenced by her life and her struggles, she created a range of paintings to represent her life. She produced only roughly 200 paintings primarily focused on still lifes and portraits of herself, family and friends. She kept an analytical journal of what she was doing and painting. She fused elements of surrealism, fantasy and symbolic figures. Taking up painting while still in bed allowed her to explore the dark consequences of pain and incapacitation. In May 2006, Frida Kahlo self-portrait, Roots, were sold for 5.62$ million at Sotheby’s auction in New York and was set as the most expensive Latin American work ever bought at an auction in New York. Some of her favorite paintings have been: The Two Fridas (1939), Frieda and Diego Rivera (1932), Self Portrait with Cropped Hair (1940), and the Broken Column (1940).

To conclude, Frida Kahlo was an extraordinary figure and symbol of feminist art that has inspired many generations of artists with her life and paintings. She still stands as one of my favourites, especially within feminist art.