Astounded by The Arnolfini Portrait 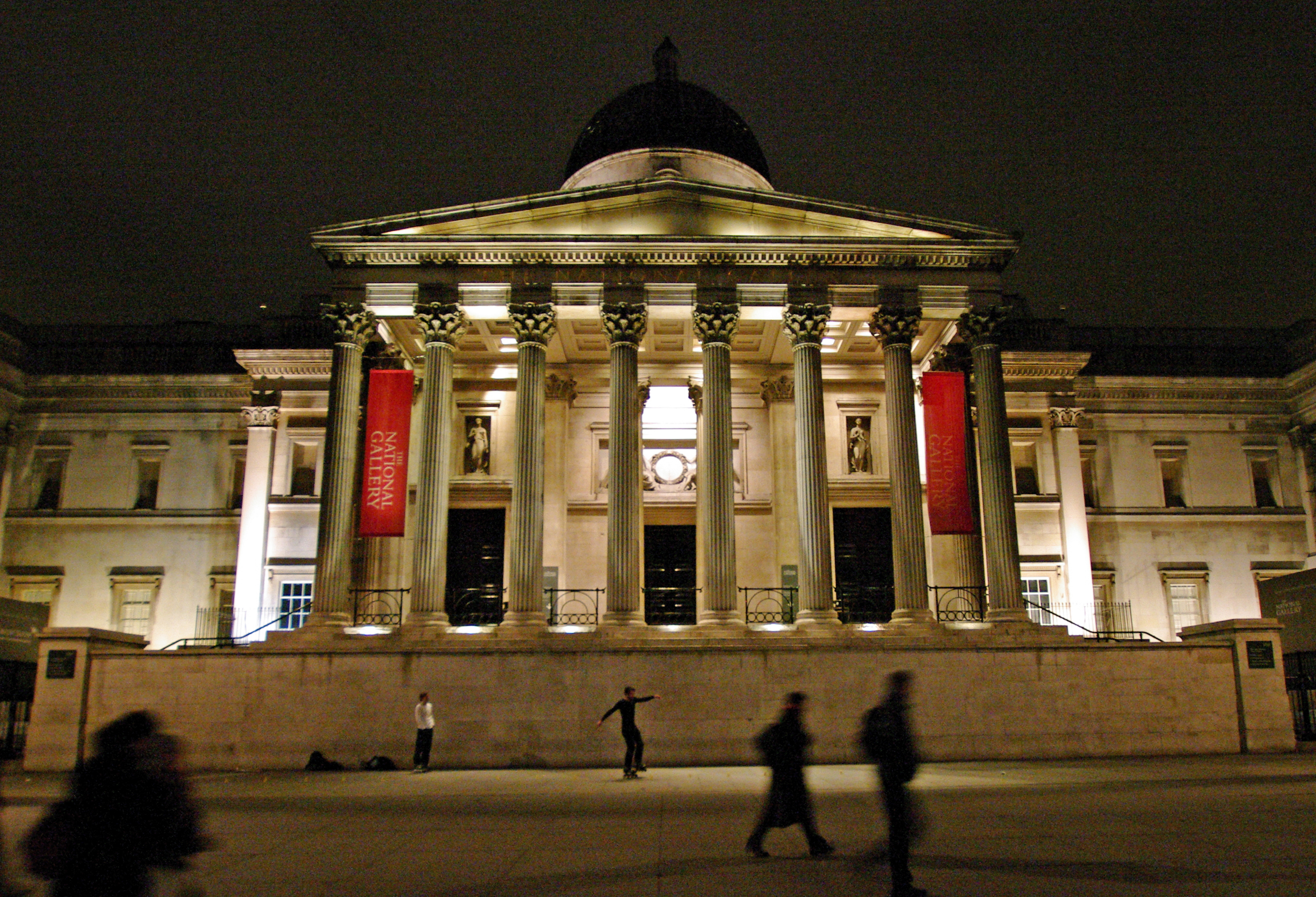 On a brief trip to London back in July I attempted to visit the National Gallery in London, with the endeavour to view two of its more renowned works, namely, Velasquez’s The Rokeby Venus and Van Gogh’s celebrated Sunflowers. However, to my dismay, upon our arrival I found that the majority of the gallery had been closed due to industrial action! Consequently, the only collection open for viewing was that of paintings dating from 13th – 15th Century. However, this initial setback may have been a blessing in disguise as it allowed me to encounter a most stunning collection of Renaissance paintings. During a wander through this selection of rooms I was pleasantly surprised to stumble across Jan van Eyck’s The Arnolfini Portrait, an unmistakable stalwart of Renaissance painting.

Jan van Eyck, a Flemish portrait artist, is widely acknowledged as one of the great masters of Renaissance painting and The Arnolfini Portrait is undoubtedly one of his most famous works. Painted in 1434, when Van Eyck was living in Bruges, Belgium, it portrays Giovanni di Nicolao Arnolfini, an Italian merchant, with his wife.

Out of all the paintings that were on display in the Renaissance collection this was certainly the most popular and as I stood looking fixedly upon this creation, I tried to discover how this piece has managed to achieve such a powerful effect on so many people. Perhaps one of the qualities which manages to transfix us are the perplexing demeanours of the Arnolfini couple. Signior Arnolfini, with a raised right hand and downward gaze, maintains a simultaneously reserved and pious expression while his pretty and petite wife appears to have a Mona-Lisa-like aspect; her extremely youthful appearance and the position of her head which is bowed toward her husband, along with her rather ambiguous smile makes us ponder whether her expression reveals her delight, or perhaps her timidity, in the presence of her powerful, authoritarian husband.

Yet, on a technical level, it cannot be denied that this painting is a visual masterpiece of the Renaissance period. Van Eyck’s attention to detail, which extends from his vigilant use of shading and highlights to depict the natural folds in the fabric of the young lady’s luxurious green dress to his meticulous outlining of each individual hair on the coat of the Arnolfinis’ dog, is quite glorious to behold. However, I originally held the piece to be quite a simple portrait on the surface, after looking upon it for a few moments, I found it very difficult to drag myself away; as your eye scans the canvas you are constantly drawn to a new figure, even more fascinating than the last.

My favourite feature of this painting is the open window on the left wall of the couple’s bedroom. Van Eyck’s faithfulness to the natural perspective of this room is such that this window only reveals a tiny strip of a view of the city of Bruges outdoors, I believe this minuscule outlet makes the painter’s skill all the more awe-inspiring. This little window reveals a beautifully rendered top branch of a berry tree, which has every leaf and fruit depicted so crisply and delicately, in spite of the incredibly minute scale the artist is working on. The attention paid to this ‘background’ feature is, for me, evidence of not only Van Eyck’s real technical mastery, but also of his high artistic integrity; he treats every aspect of his painting with equal care and consideration and refuses to let the central subject outshine the background’s noteworthy features.

The sense of humour Van Eyck includes in this painting is also a very striking feature. As ones looks at this work, its carefully-constructed linear perspective draws the viewer’s attention to the artist’s rather humorous inscription in Latin above the mirror on the back wall, which reads ‘Jan van Eyck was here 1434’. Van Eyck continues his little jest with the viewer by including a microscopically small portrait of himself painting the couple in the mirror, facing us from the bedroom wall; undoubtedly, it is this jocular exchange that Van Eyck creates with the viewer which lends the painting a wonderful charm and sense of originality.

The dozens of people flocking around this portrait at the National Gallery intimates that there is something special about it. Certainly, The Arnolfini Portrait is undoubtedly one of the most charismatic paintings of the Renaissance era that I have ever seen; the opulence of colour, meticulous attention to detail and the sense of humour that Van Eyck has infused within this work make it a marvellous piece to behold and a must-see for any avid gallery-goer.

The Arnolfini Portrait is on permanent display at the National Gallery, London.