Artwork Thoughts: Femininity, Sexuality and the Taboo of the Naked Woman

Artwork thoughts: Femininity, Sexuality and the Taboo of the Naked Woman

Sex. Art. Nudity. How do they all intertwine? In the past, I’ve had people remark on the supposed difference between my appearance and experience during sex. Comments like ‘I thought you were innocent?’ are commonly thrown around, which though make me laugh, are actually a bit sad if you think about it. Why is there an assumed link between innocence and appearance? Why is sex still deemed something that tarnishes something pure? Sex is innocent. It is natural to want it, and we should not be seen as dirty or guilty for having it. And yet both sex and nudity are taboo.

Since my first life drawing session here (as part of Durham University’s Art Society), I have found that the drawings and sketches I do as part of it are likely the most feminist pieces of art I will ever create.

Society has a hang up about nudity, and being naked in front of others is strongly associated with sex and sexuality. The naked body should not be concealed so vehemently. If it is hot on a summer’s day, why can’t I strip off? Why will I be looked at, if I do so, like some kind of alien? Why would I be laughed at? Or worse: be open game for harassment or hate?

Life drawing is one place where conventional rules are relaxed, for the sake of art. The models we draw are both men and women.

When drawing men, whose nude bodies are rarely depicted in modern art, one is struck by the vulnerability of the male model and this vulnerability somehow seems more conspicuous than when drawing a female model.The fact that, as a woman, I can draw and look wherever I like, puts me in abnormal, unconventional position – in a way, a revolutionary stance, as I seem to reverse the male gaze.

Drawing women is important for two reasons. Firstly, you see the female body in a way that is not necessarily sexual, and draw it for what it is, imperfections and all. Secondly, as a young woman drawing another, it is heartening to see that other people have bodies that do not match up to conventional beauty standards in magazines/social media etc.

And yet, all the same, drawing the female body makes you realise how beautiful it is. 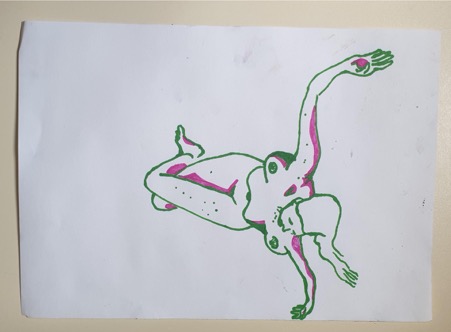 In art, nude women are often depicted as supine and vulnerable, regularly procured for “the male gaze” with their most sexual features taking centre stage. However the art from our life drawing sessions is more truthful, the bodies we draw are not solely supine or vulnerable. Bodies face away, sit and stretch.

Moreover some of my art has a religious or witchy feel, showing the power of our naked bodies.

Art has the ability to give power to the powerless, render bodies vulnerable and formidable, and change the view that is so often forced upon us by wider society that really does need to be transformed. 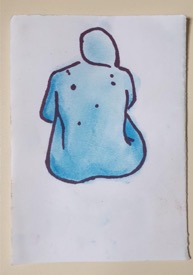 “For this particular piece, I intended the same piece to be each way up, because if it is upside down, it is easier to look at the model’s body in a tabula rasa way. It shows the subtle differences of the female body and the gaze of the artist.” 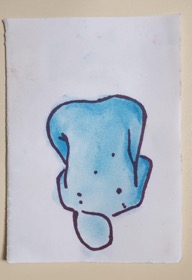 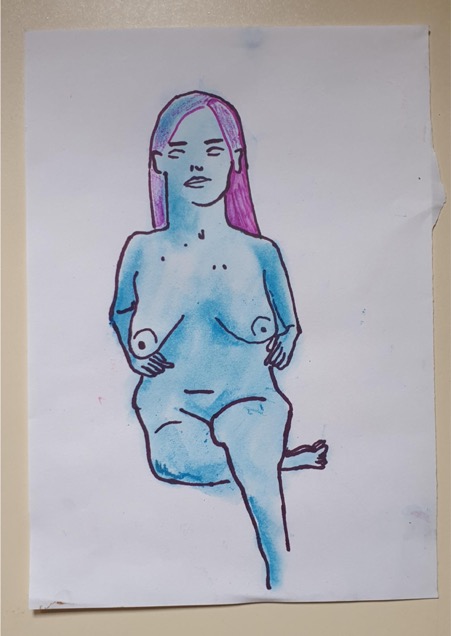 Triphena is a First Year University College Student studying Japanese. All the images included in this piece are her own work. For more information/ enquiries about her work, email her at
elizabeth.r.axworthy@durham.ac.uk.

If you would like your work showcased, send our Arts and Photography editor Becky Percival an email at rebecca.h.percival@durham.ac.uk.