The success of Parasite meant that international cinema could finally break into the mainstream. If you want to start exploring the rich pool of non-English language films, look no further. In this instalment of The Bubble’s series of film recommendation articles, the film editors selected five foreign-language films each, taking into account different countries and genres.

Image by the distributor, Available on puliwood.hu under Creative Commons 2.0 license.

The Fifth Seal is set in 1944 when the far-right arrow-cross movement rules over Hungary. The raging war and the fascist regime does not stop four friends from regularly gathering in their favourite bar. One day, a fifth person joins them and they start arguing over a moral dilemma: would you rather be a wealthy but cruel tyrant or a slave who is morally pure but lives in misery? Exploring the greatest questions of morality, often through symbolism, The Fifth Seal is one of the best pieces of Eastern European Cinema. Understand it, and you’ll understand the entirety of the region’s 20th-century history. 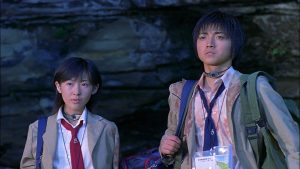 Suzanne Collins claimed she’d “never heard of” Battle Royale before writing The Hunger Games. Suzanne Collins is a liar. One high school class. A deserted island. A fight to the death until only one remains. It’s The Hunger Games, but made 12 years before that first film, rated 15 instead of 12A and really doesn’t hold back on the violence, and with that Japanese kooky charm that makes it both terrifying and ridiculously fun. The film takes you through the journey of each kid on the island, making you feel for pretty much every single one even though you know not all of them are going to make it. Even the psychopaths are incredible characters, and you’ll likely come out with a different favourite to your mate that watched it too. 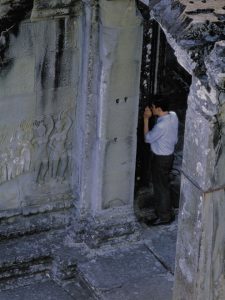 A proud member of both the Criterion Collection and Steven Jay Schneider’s 1001 Movies You Must See Before You Die, In the Mood for Love follows two people who fall in love. The usual premise so far, but the main characters in In the Mood for Love are both in unhappy yet faithful marriages. The film’s focus is on the gradual process of falling in love, and the montage of the two main characters noticing more and more of each other on the staircase as they are walking past each other has become a classic in its own right. 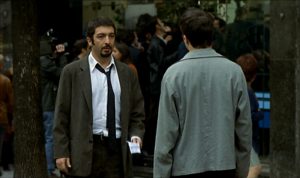 This crime thriller won too many awards in its native Argentina to be able to list succinctly, becoming a classic of Argentine cinema. The film follows two crooks as they attempt to sell counterfeit versions of the rare ‘nine queens’ stamp, but with a lighthearted almost Benny Hill-like tone that sees them flitting back and forth as their plot needs to be improvised due to their own incompetency. With endearing lead characters and a killer ending, Nine Queens is a classic crime caper mixed with a comedy of errors that’ll have you hooked from start to finish.

Ábel Recommends: The Lives of Others (Germany, 2006)

Many countries have a troubled past but a few cope with it as well as Germany. The Lives of Others follows a Stasi surveillance officer, Gerd Wiesler, who is tasked to monitor a communist playwright, Georg Dreyman in the 1980s. In seeing how both Wiesler and Dreyman realise the corruption of the East German system, we are witnessing how the people of East Germany became disillusioned with State Socialism. The Lives of Others won an Oscar in the Best Foreign Language Film category in 2007. 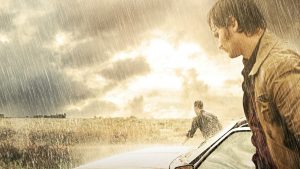 Think True Detective, but set in the Spanish Deep South. Winner of 10 Goya awards – Spain’s main film award body – Marshland is a classic homicide detective story that pairs two mismatched investigators on the crime of a small town’s lifetime. Again, it can be pretty harrowing and doesn’t shy away from political collusion and corruption within Spain and how such experiences affect the investigation tactics of its protagonists. It’s gritty and intriguing and certainly one to watch if you’re one for thrillers, but find yourself watching the same old kind of American ones over and over again.

Ábel Recommends: The Secret in Their Eyes (Argentina, 2009)

In order to write a book in his retirement, a former lawyer in Argentina revisits a tragically unsolved murder case he worked on. While chasing down old witnesses and talking to former colleagues, new evidence emerges. This sombre, yet tense crime thriller won an Oscar for Best Foreign Language film in 2010. The film is cleverly directed throughout but the scene that is set during a football match is one of the most memorable chase sequences in cinema. 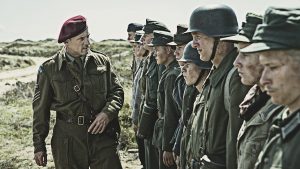 This one is dark, but amazing. A group of young German prisoners are rounded up and forced to disable landmines on the beaches of Denmark, most no more than children and left without ample food, water and sleep to do their job correctly. Needless to say, it’s a harsh watch. But its harrowing nature is what makes it so endearing. It’s petrifying to watch these kids crawl their way through the sand attempting to find every last mine left behind, constantly on edge as to whether someone will slip up. The kids themselves are all beautiful actors and sell the emotions of the job perfectly, and if you don’t mind being even more on edge while on lockdown, Land of Mine is a fantastic foreign film, and thus was nominated for Best Foreign Language Film at the 2016 Oscars.

Image by Zentropa, Available on IMDb under Creative Commons 2.0 license.

When Mads Mikkelsen is not busy portraying blockbuster-villains or everyone’s favourite cannibal, he stars in indie Scandinavian dramas. Scandinavian dramas usually explore difficult, taboo-questions, and The Hunt is no exception. When Lucas, a kindergarten teacher living in a small Danish town, is falsely accused of paedophilia, the whole village turns on him. Exploring mob mentality, The Hunt is no easy watch for anyone with a passion for justice and its final shot will likely stay with the viewer forever.

Katie Recommends: My Life as a Courgette (France, 2016) 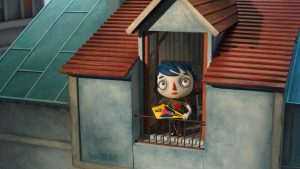 Don’t be fooled by the title; this isn’t a kooky fun animation for kids. Far from it. This 65 minute French claymation follows Courgette (a nickname given by his abusive mother) as he navigates a children’s home filled with a cast of complex kids suffering from neglect or separation from their families. Courgette learns to deal with his own past while connecting with other children like him for the first time, and if you need further proof that I’m not pulling your leg and that this isn’t just a quirky stop motion endeavour: watch the first five minutes. Trust me, you’ll be sold. Until May 8th, My Life as a Courgette (Zucchini) is available to stream on 4 on Demand.