UKIP: What Do They Actually Stand For? 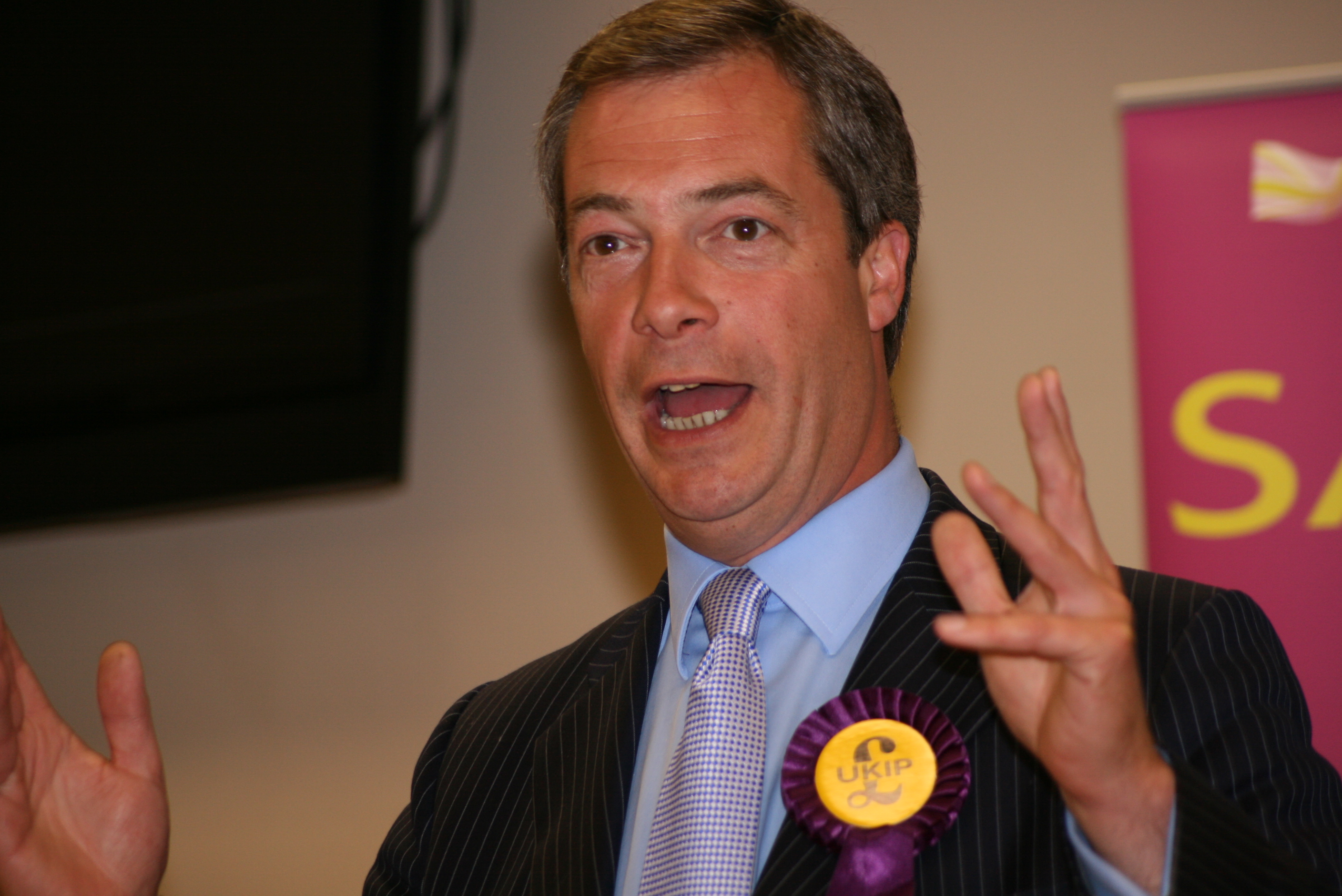 Miniature UK flags for all!

We may think we know UKIP: anti-EU and pro reductions in immigration, with a charismatic man-of-the-people leader Nigel Farage. Yet behind all the hype, what are UKIP’s actual policies – especially their non-EU related ones? Whilst we may enjoy Farage bashing our unpopular Westminster politicians, perhaps it’s about time that we look at the bigger picture about what UKIP actually stands for.

The UK Independence Party was set up in 1993 by Alan Sked and other members of the Anti-Federalist League (a small anti-Europe organisation set up in opposition to the 1991 Maastricht Treaty). It’s vehemently anti-EU stance has garnered support since the party’s inception: UKIP won its first three MEPs in 1999 and its popularity has only increased, culminating in 24 MEPs with an outright win of the 2014 European elections. Farage currently enjoys a higher satisfaction rate as a party leader than Nick Clegg, Ed Miliband and David Cameron. The party recently achieved the unprecedented feat of winning two by-elections, thus gaining their first ever MPs. So what’s the problem?

Well, the problem lies in the fact that apart from wanting to leave the EU and reduce immigration, UKIP’s policies are not widely known. Ordinary voters therefore may not know that UKIP are climate change sceptical and would thus cut all subsidies to renewable energy. People may not know that UKIP wants to increase defence spending by up to 40% and even set up a new British-built nuclear missile system, and that they would shrink the Department of Health and hand control to locally elected County Health Boards. All of these policies were on the party platform for the 2014 local elections. These are fundamentally important policies, yet there has been a notable lack of scrutiny of them by the press.

As a smaller, newer party, the UKIP’s party machine is not as well-oiled as the main political parties, often resulting in confusion and contradictions in policy. The party’s miscommunication issues were exemplified when Farage was shown to have no knowledge of his party’s promise to scrap sex education for the under-12s in a recent TV debate. Officials, party documents, and party leaders can all offer different accounts of UKIP’s stance, making our understanding of what the party stands for increasingly difficult. This calls into question whether voters actually know what they are voting for.

This may seem troubling, but one might argue that UKIP will never get the chance to influence policy in the UK, given that its primary focus is the EU issue. However, this point is negated by the fact that UKIP are making significant inroads in domestic politics. In the 2014 local elections, UKIP won 27.5% of the vote, ahead of Labour and the Conservatives. The party also gained 161 councillors. The recent developments of UKIP acquiring 2 MPs also shows how the party is branching out into the domestic sphere. This is why their non-EU policies matter – UKIP is influencing the policies of local councils across the country.

There is also the widely publicised yet important issue of alleged xenophobia and racism among party members. Alan Sked, the founder of UKIP, has completely disassociated himself with the party since leaving in 1997, claiming that ‘the party has become a Frankenstein’s monster’, having been taken over by racist right-wingers. Farage insists that the party is not racist, yet the constant stream of offensive remarks made by UKIP members, officials and donors is damaging and concerning.

So should we be worried? According to reports, UKIP will double its MPs in the 2015 general election, a significant feat for a party with a membership of only 40,000. And if the trends continue, UKIP will gain more ground at a local level too. UKIP is a party that the right-wing media, fed up with the coalition government, have given thousands of column inches to, revelling in Farage’s popular no-holds-barred approach to attacking Westminster politicians and the ‘political establishment’.

This has meant that the media has not properly held UKIP to account for its policies, causing in some part the widespread ignorance of UKIP’s policies. People vote for UKIP because of their stances on the EU and immigration and because of the approachable and down-to-earth façade Farage has created. However, voters often do not know fully what lies underneath, and this is worrying for a free and open democracy.