Spritz: The Good, The Bad, and The Ugly 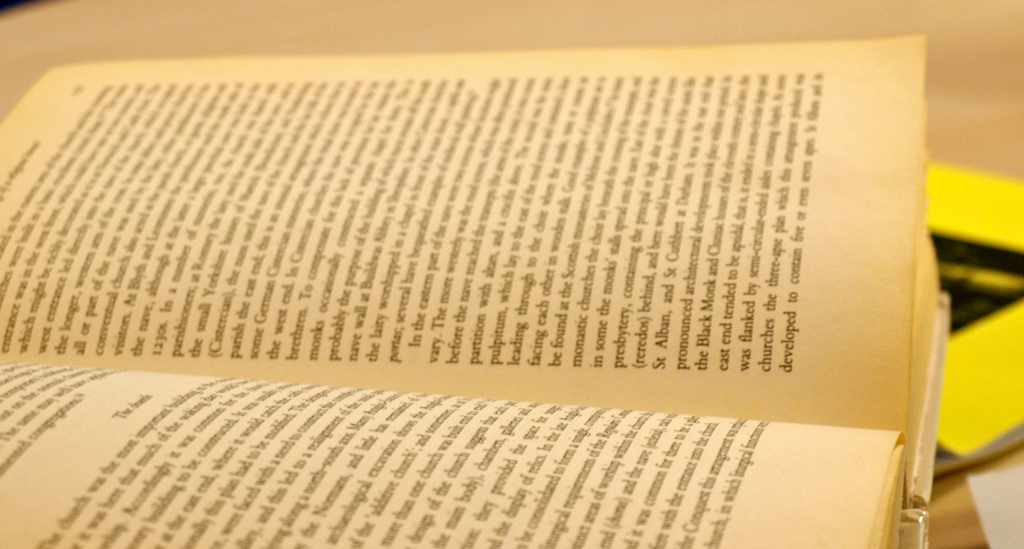 Spritz: Speeding up those long books you feel you ‘should’ read

Sometimes it feels as if I have a million things to do and no time (or motivation) to do them; a common problem for most students. Imagine, if you will, being able to read all of your textbooks in half the time. Or being able to take some ‘me time’ to read an actual book, but not having to feel guilty for spending an hour reading it. Then maybe the new app Spritz will be the answer to your prayers. Its creators claim it enables users to read up to 1,000 words per minute, and presently, the internet is going mad over it.

According to statistics the average human reading speed for English text is 220 words per minute, so you can imagine how wondrous this app appears to be, with most reviewers using the example of reading ‘War and Peace’ in a day. As the app is not fully distributed yet (it is only available on particular Samsung devices at the minute) you can trial run how the app works in one form on the maker’s website. One of the letters from each word flashes up in red allowing the read to focus their eyes on the “Optimal Recognition Point” in each word and the speed at which the words are flashed up can be altered based on words per minute. Currently Spritz allows users to read in English, Spanish, French, German, Russian and Korean, with developers working on Chinese amongst other languages.

Whilst perusing the Spritz website I discovered the amount of research that had gone into the app and the reasons for the creation. It appears the cliché of ‘War and Peace’ is just a sly journalistic trick to grab the reader’s attention, as Greg Tyndall, an expert in speed reading claims “I can imagine maybe 10 per cent of people wanting to use this to read for pleasure”. I have to say I agree, I’m a fast reader anyway, sometimes having to mentally tell myself to read slower when it’s actually something I want/need to pay attention to, and after trying various speeds on the Spritz website I think 600wpm was just a little too quick for me to fully grasp the meaning of the sentences I was reading. Speed-reading is a good skill to possess, admittedly, but reading doesn’t always have to be a race, and I completely agree that I wouldn’t use Spritz for personal reading.

So if it isn’t to be used for pleasure, what do the makers think it will be useful for? According to their website Spritz can be applied to email, text messages, social media, and even closed captioning. The makers of Spritz believe it will be useful for closed captioning on sports games, so for example if a bar is showing various games without volume a viewer could keep up with the commentary via Spritz on the screen.

A problem with Spritz is the user has little control over the words appearing on the screen. There is a pause button, but depending on the speed of the text, a reader may have missed about a paragraph before their reactions kick in. This is where sneezing becomes a huge problem. The reader becomes stuck on a treadmill of words and has to continue to power through even if you stumble and end up hitting your head repeatedly (metaphorically, of course).

My main issue with Spritz (not only the German meaning ‘inject’) is that some text needs to be properly read, and not speed-read. I’ve lost count of the amount of times I’ve ‘read’ my notes only to have to re-read them at a slower pace and with my full concentration. Developers of Spritz claim retention levels when ‘spritzing’ (I also have issues with the verb) are “at least as good as with traditional reading” and with experience, Spritz can even help retention. However, research has found that speed reading techniques, such as skimming, work for getting an overall idea of the text in a limited amount of time, but when using other techniques comprehension rates were lower than standard reading.

This only leads to the old question of: does speed reading actually work? I haven’t done much research into the subject, mainly because the data on the internet is very conflicting between actual statistics and those created by companies of speed reading courses, but from my own personal experience I have to say speed reading is merely a useful tool if you’re in a rush and don’t need to grasp the full text.

So as much as I admire the app and what it’s trying to achieve, I just don’t feel it will be useful for its intended purpose. Possibly useful for those emails you know you should read but don’t ever get round to it, but other than that I think it’s one of those apps that (despite having 1,000,000+ downloads already) will be forgotten, joining Flappy Bird and Word Lens in the apps that time forgot.