Local Voice: ‘Twas the night before Christmas and all through the Viaduct… nothing was stirring, absolutely nothing…’

‘So where have you come up from?’ is a frequently asked question throughout Freshers’ week, and my awkward response of ‘well I’m actually from here and live five minutes up the street’ always made for an interesting response. Although I was born down South, I moved to Durham aged four and would therefore fully consider myself a Durham local. When it came to applying to universities, the prospect of being a student in the city I know and love motivated me to work hard for a place at Durham. However, being both a student and a local has proved quite challenging and created something of an identity crisis: do I identify more with the transient student population, or the established local population?

Among the student population the term ‘local’ carries quite negative connotations and typically generates an unappealing stereotype, which I have always felt is somewhat unreflective. My column will therefore explore the difficulties and issues that arise from being a local at the university, in the hope of dispelling the widely-held assumption that all locals are aged over fifty and spend their days loitering along the charity shop dominating North Road. 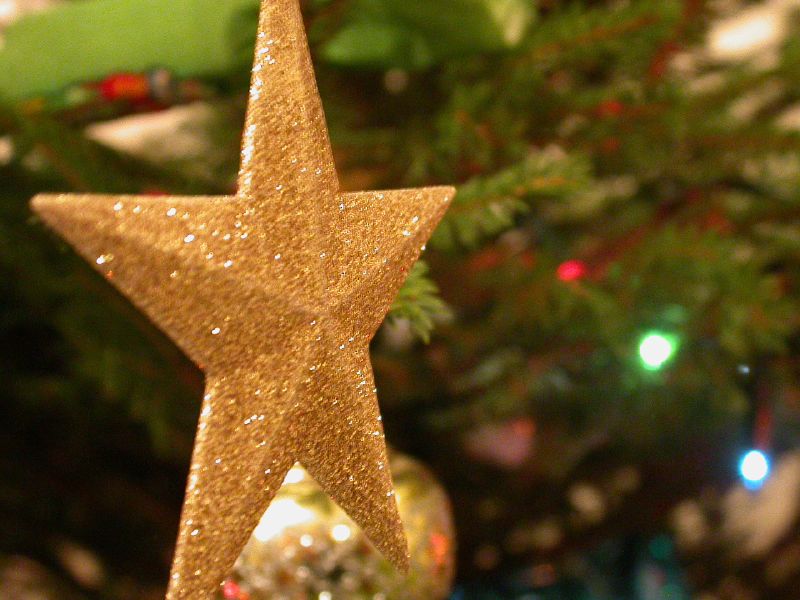 “Indeed, Christmas as a local student may be lacking in the novelty of new decorations or the thrill of a last minute dash sending out cards, but bears a reassuring sense of familiarity.”

After readjusting to the demands of university life after a long summer holiday, a visit home filled with festive frolicking and old friends is always well deserved. Unlike Christmas, some students reside in Durham over the Easter holidays, taking full advantage of the less-frequented university facilities and knuckling down for a revision-filled month. However, almost every student I know heads home for the Christmas holidays, escaping the brisk Northern winds and hazardous iced-over cobblestones.

Yet, as a local student, having lived in Durham for 16 years, making the five-minute car journey back to my parent’s house can be slightly underwhelming. By no means do I envy the large number of students boarding en masse the East Coast train down to King’s Cross, and ending up sitting on their case for three hours trying to determine the best time to use their 15 minutes free Wi-Fi. My journey is short and sweet to say the least; in fact we barely make it through the entirety of Chris Rea’s ‘Driving Home for Christmas’ before arriving home. Attempts to document my journey home via my Snapchat story rarely exceed two snaps, thereby generating a rather pitiful comparison to my friends who can quite easily send 5 or 6 snaps should East Coast Wi-Fi allow. Rather than retrieving a suitcase that seemingly weighs the equivalent of a very large elf, I simply carry my belongings from the car, to my house in a couple of trusty Ikea carrier bags that have served me well since being a Fresher.

When I arrive home, I’m not exactly knee-deep in two weeks’ worth of Christmas cards, most of which have already been given to me by my mum along with the bag of clean laundry I collected the previous week. Unfortunately there’s no novelty in the house decked out in new unseen Christmas decorations, as I helped decorate the place less than a week ago. The tinsel was placed strategically by my own hand, rather than surprisingly by my dad, and the festive room spray purchased by my mum now fails to resonate, having filled each room last week. All the presents bought for my parents, boyfriend and friends that I had sent home have already been wrapped and labelled, thereby saving me the lengthy wrapping session with Michael Bublé blaring in the background, which due to my meticulous nature is both enjoyable and agonising. An afternoon catching up with my parents about my studies and social escapades from the previous term over hot chocolate is simply not required, having kept them well-informed throughout the term. Even the delights of my parent’s fridge, filled to the brim with Christmas treats fail to amaze, as I accompanied my dad to help purchase the contents of our festive fridge. Indeed, arriving home for Christmas as a student who lives in Durham is not quite the magical experience I imagine other students have upon arriving home.

Returning ‘home’ at Christmas, I am always eagerly awaiting the return of my friends, who live in Durham but go to university elsewhere. A trip into Durham for a coffee and a catch up is always necessary. For my friends, it’s a chance to check out Durham’s Christmas lights and gaze in awe as they light up the dark corners of the Market Square. Unfortunately, the lights fail to invoke an equally appreciative reaction from myself, as I have seen them multiple times every day since mid-November. As well as the visually unimpressive lights, I also listen to my friends excitingly rushing to check out the new stores that have arrived in Durham over the course of the term. Unfortunately, any anticipatory interest in the new H&M, Patisserie Valerie or the soon to open Pret-A-Manger, is not shared by myself, having already visited these stores when they first opened. Town is exactly the same as the week prior when the bulk of students were still here: no additional festivities have been added upon their departure. In fact, there are only a few notable changes that accompany the end of term. One is the apocalyptic feeling that descends upon Tesco Express, where you can go visit at 5pm and actually find the fruit and veg isle to be reasonably well-stocked. The Viaduct also turns into a deserted forest of artificial four foot Christmas trees that most student houses have thrown out rather than stored away for the following festive period next year. Aside from shorter queues in Tesco and an excess of bin bags filled with prematurely abandoned Christmas decorations, Durham’s landscape remains largely unaltered by the mass departure of the student population.

However, being a local at Durham University over the festive period does have some perks. For me, Christmas starts on the first of December and not a day later. I always insist that my bedroom at home be decorated accordingly, as I fully intend to extend the duration of Christmas-themed decorating for as long as possible. As mentioned earlier, I accompany my dad on our annual Christmas marathon at Tesco, thereby ensuring we’re stocked up on my favourite seasonal treats. Rather than receiving a lump sum of Christmas cards, I’ve already accumulated a plentiful supply already displayed nicely in my room and have delivered all the necessary responses to family members and neighbours. Following various festive celebrations held within the university, remaining in Durham over Christmas also means I get to enjoy the delights of what has become known as ‘Black-eye Friday’, an infamous North East tradition that occurs on the final Friday before Christmas when you can guarantee everyone fully embraces the seasonal spirit. Those who don’t quite get on board with the whole ‘peace and good will to all men’ message are gifted with a free smack in the face and if they’re lucky, they’ll wake the next morning to the early Christmas present of bruised knuckles and a black eye.

Indeed, Christmas as a local student may be lacking in the novelty of new decorations or the thrill of a last minute dash sending out cards, but bears a reassuring sense of familiarity. Before too long the Christmas period comes to an end and the decorations come down; fortunately, my attention is diverted to the arrival of the students who slowly filter in, ushering in the new term.