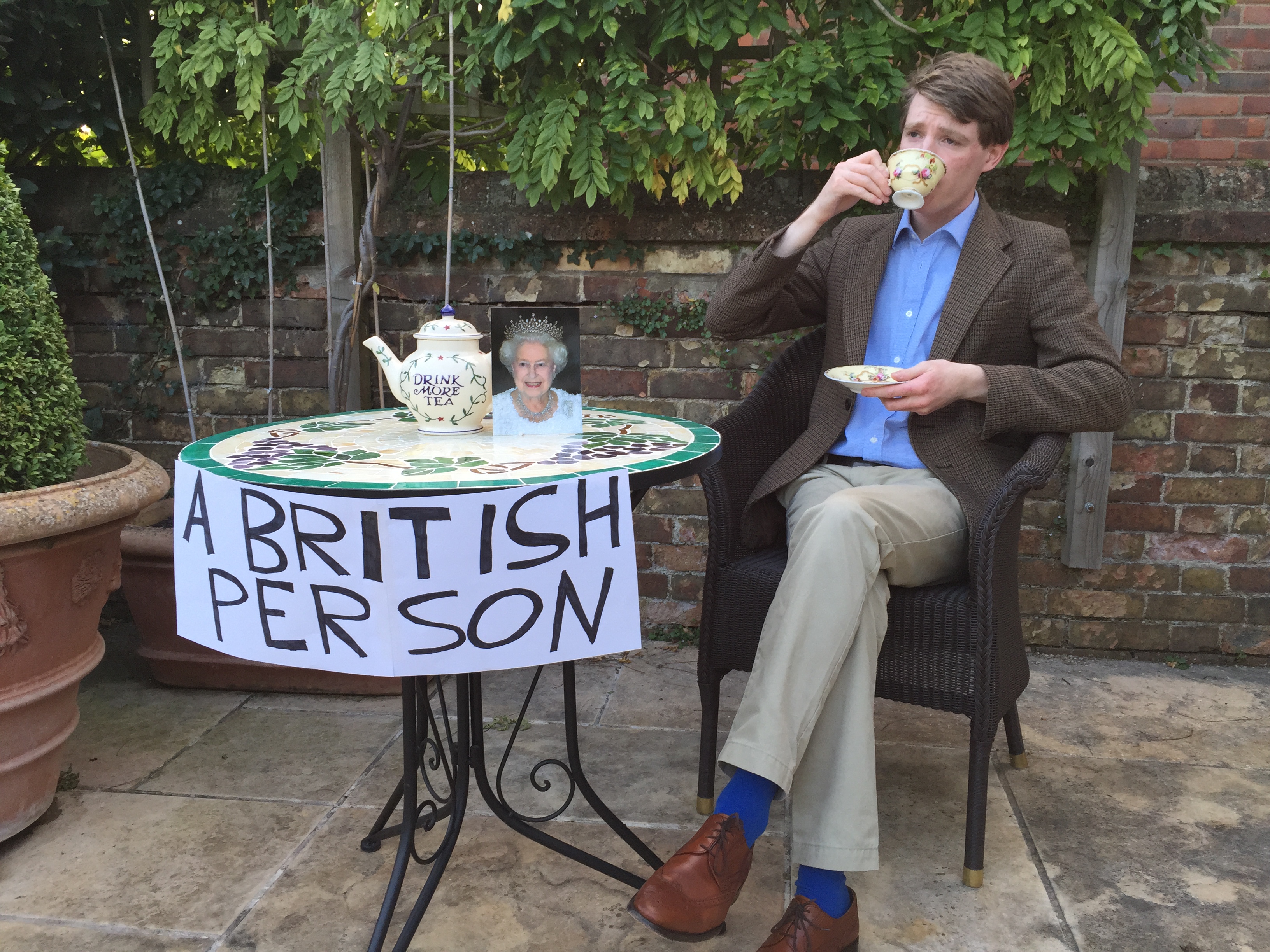 I don’t know how the Italians can tell I’m British!

Italians never fail to impress me at their uncanny ability to tell someone’s nationality from their appearance. Maybe it’s just me being oblivious, but on several occasions an Italian has approached me in a group of Erasmus students (comprised invariably of multiple nationalities). They then proceed either to guess or, more spookily, to ask each of us in turn which part of England, Germany, France etc. we’re from, without prior knowledge of our countries of origin. I have often voiced how impressive this skill is to them, but they always shrug it off, as if I’m flattering them needlessly – indeed, I have since been told by a local that bored Roman youths play a game called ‘Colosseum’, where they head to the building, and then try and guess the nationality of all the people there.

I once asked an Italian friend what it was that made me appear so ‘British’. She looked quite taken aback, as if she’d never considered what it was that made my nationality so apparent. “I don’t really know”, she said, dodging the question. “Oh, go on, there must be something!” She thought for a moment, searching for a diplomatic way to say it. After a few seconds, she mustered an answer: “It’s your hair, and the way you dress”. “In what way?”, I prodded eagerly. I mean, wouldn’t you be intrigued to know as well? “It’s just that you don’t have much…style.” I did ask, I suppose: the single thing that characterizes us, that makes us so distinctive and universally recognisable is our apparently abysmal – and renowned – sense in fashion. To think – this whole time, whenever anyone from the continent has seen me, they’ve clocked my chinos, tucked-in shirt, and shit haircut and immediately come to the conclusion that I simply must be British, because who else would commit such a fashion travesty to oneself. Well, that’s just great. Philip Green might as well go and cap himself right now.

Other Italians take a slightly different view though, perceiving the average Brit to be a loud, rude, perennially-sunburnt-and-drunk twenty-something with crop-cut hair, baggy shorts, and an ill-fitting polo – in other words, a rugby lad. I try to assure them that we’re not all like that, and that in fact we as a society actively shun that type of behaviour. After all, these are the kind of people who, regarding Rome as basically Magaluf but with older buildings and cheaper flights, decide to go on an ‘absolute mad one’ with their three mates. This would invariably entail shouting, swearing, RyanAir, customized t-shirts, enough alcohol to make Gerard Depardieu blush, public urination, and someone vomiting in, on, or around a cultural heritage site. 2pm the next day they would emerge, bleary-eyed and reeking of tequila, to gawp sweatily at the Trevi Fountain, before ‘getting back on it’ a little before supper. (Incidentally, isn’t it remarkable how integral a ‘lads’ holiday’ seems to be in consolidating their friendship? It’s almost as if it’s like a rite of passage: if you haven’t got drunk together in another country, you’re not really friends, are you? I mean, I really can’t imagine these blokes pouring out of a MegaBus into Hull city centre before making a beeline for the nearest pub, or perhaps a bit of sightseeing.) My Italian friends were not so easily persuaded – how depressing that the rugby lad has become the public image of the nation. So, to summarise, depending on who you ask, Britain is entirely populated by either a people whose sense of fashion is so terrible that it completely eclipses any other defining physical characteristics, or boisterous just-turned-adults whose overarching purpose in life is to get hammered. According to the Italians, at any rate.

On the other hand, Britain approaches Europe as if looking at its own reflection in a one-way mirror. We only really focus on ourselves and our own issues, and don’t see anything beyond our own borders, whereas all of Europe can peer in. When I visited Italy and mingled with Europe, I was very surprised not only by how much they knew of British culture, but also by how very little I knew of theirs. The international British stereotype is almost bang on: we do drink tea, we (sort of) love the Queen, we sunburn easily, dress badly, make witty jokes that no one laughs at, don’t make eye – or physical – contact with strangers on public transport, and have indeed developed a perplexing reliance on alcohol for all social – or solitary – situations.

By contrast, we have stereotypes of the French, who eat cheese, play the accordion beneath the Eiffel Tower, and run away at the slightest hint of military action; the Irish, who eat only potatoes, get drunk on Guinness, and barter in fool’s gold [See 31st May, 2015]; the Germans, who drink beer, wear lederhosen, and invade countries (before inevitably losing); and the Italians themselves, who eat nothing but pasta, pizza, and gelato, spend most of the time sleeping (mostly with each other), and are incredibly inefficient (ok, that last bit is kind of true). These really seem quite ill-informed by comparison.

I have come up with a solution to this problem, though: that every Briton would, at some point in their life, have to spend a year abroad in Europe. As it stands, our primary interaction with the continent is the ‘lad holiday’ we inflict upon them, which could only be surmised as ‘the dregs of British culture’. It only makes sense to expand that to the wider demographic of third year students. They’re already going to be getting drunk – why not let them go and do it in another country? Then they’d return, mellowed by the ways of the Continent, and hopefully having adopted some aspects of their more laid-back culture (provided they steer clear of that abysmal excuse for a music genre they call ‘house’). Who knows? We might even pick up a thing or two about fashion on the way.