Fumbling in Erasmus Land: A Night Out in San Lorenzo 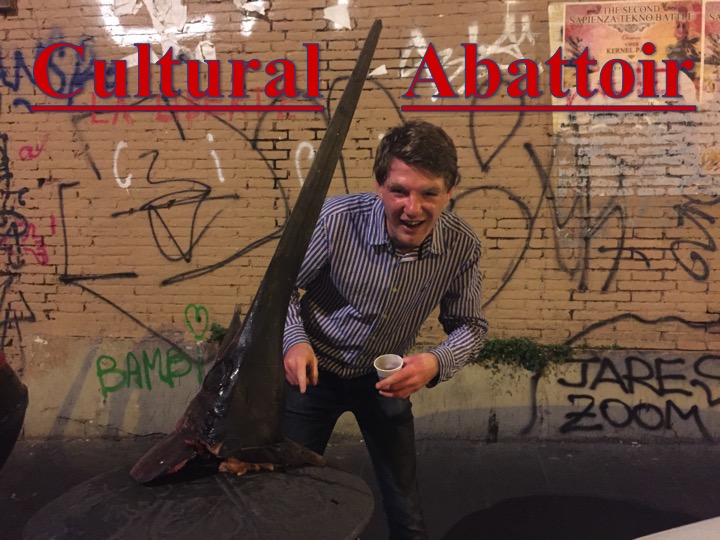 So it’s a standard Saturday evening at Chez Dunnett, and let me set the scene: my flatmate has gone off with her girlfriends to eat sushi somewhere, leaving me all alone. In a rather feeble attempt to embrace Italian cuisine, I have just finished eating a rather unsatisfactory homemade concoction of pasta, tomato passata, and bacon (my tried and tested technique is to throw things at a frying pan until it doesn’t have salmonella on it anymore). I’m now sitting at my computer scrolling down my Facebook timeline looking at the usual bollocks photos of what people ate for supper (missed a trick with that one), watching YouTube repeats of people falling over, and trying to think of some funny status to write. It’s normally at about this time that I write these articles. If I were in Britain, I’d probably have texted a couple of friends and broached the increasingly facile question of whether they’re up for a cheeky Nando’s. It’s altogether a dreary affair.

I have only just clicked on ‘GTA 5 Stunts – Amazing Backflip Helicopter Kill!’ (sic) when my phone buzzes – it’s my friend, saying he’s got a couple of friends in town and would I like to come and meet them in San Lorenzo? Dear Lord. He’s clearly not looking to win ‘Host of the Year’ award any time soon. San Lorenzo is a district in South-East Rome where the government’s policy on liquor licensing is, shall we say, ‘laissez-faire’. This is the place you go when you want to buy alcohol – or anything else, for that matter – for (literally) criminally cheap prices. San Lorenzo, therefore, forms a stark cultural crossroads for students looking for a bargain, and for the more financially impaired who can’t afford to drink anywhere else. I’m always reminded a bit of that point in the Amazon River where the two different waters meet, but never quite mix.

Texting him I’m on my way, the first problem of the night starts: what to wear. At nighttime, Rome has the rather irritating tendency to change quite suddenly in temperature, meaning it’s always impossible to gauge the number of clothes to wear on a night out. You could forego the jacket and risk a swing in temperature – after all, girls try that all the time in Newcastle, and they’re wearing short skirts. Well, clearly they have the metabolism of an arctic fox, because pull that stunt in Rome, and it could leave you shivering like Anna after she’s been struck in the heart by Elsa’s ice bolt (in Frozen). The last thing I need is queuing up in Italian intensive care, waiting for the kiss of life from Hans of the Southern Isles. Equally, you could adopt the ‘better-safe-than-sorry’ attitude and bring one with you, which leaves you being that awkward person permanently carrying a jacket round with them (the bane of all nightclub-goers), or just sitting there in reticent sufferance, sweating like a whore in church. A detestable conundrum.

The first thing that strikes you about San Lorenzo is that, for an area almost universally regarded as the last word in nocturnal depravity, it doesn’t look half bad. Wide streets, good lighting, and tastefully painted buildings, and without any of those horrid neon signs you’d see in any other European city. If you walked around the area during the day – I haven’t – I’d imagine it would look rather fetching.

Walking down the street, it’s fair to say that our surroundings have now become a bit sketchier. This is most noticeable from the dumpsters placed every two hundred metres or so, which overflow with nothing but beer bottles, and the graffiti saying ‘Lazio FC can eat dry shit’, or some similarly cheery and well-informed message. A bit further on, standing out like a sore thumb at a fisting competition, sits a grandiose building, perhaps sensibly surrounded by a high wall and loads of barbed wire: the headquarters for the Knights of Columbus. Directly across the road sits a restaurant perpetually churning out drunken late night diners, tastefully named ‘Pizzeria Porca Vacca’, roughly translatable as the ‘Bloody Hell Pizzeria’. What a place to be.

At the end, we reach our final destination, the place I affectionately refer to as ‘Marijuana Bay’. It’s a piazza of moderate size with bars dotted around the perimeter and a church, of all things, looming over it. The developers clearly envisaged the piazza to serve as a place for happy worshippers to mingle and exchange a few words before and after mass. Unfortunately, though, that vision seems to have gone a tad awry, for the place is crammed – no, seething – with people, all of whom are off their faces. It’s like Sim City gone wrong. Its real name is ‘Piazza dell’Immacolata’, or ‘Piazza of the Undefiled’ – lordy lord, that’s ironic.

Now, I know it looks a bit dodgy, but give it a chance – honestly, the problem with you lot is you’re so quick to judge.

As you enter, you are almost immediately accosted by gentlemen wearing both baseball caps and hoods at the same time (you know the type), saying things like ‘hash hash, good price’, and ‘don’t drink: snort’. We assure them we weren’t really in the mood for Class A drugs but thanks for the offer and if we do change our minds, really, they’ll be the first to know. The four of us make a beeline to the nearest offie and buy a 660ml beer each, totalling about 2 euros – at these prices, you could literally drink yourself to death for about 8 euros.

Then, sitting down on one of the benches, sticky with spillages and God knows what else, we survey the scene before us. A group of Italian girls slur animatedly about nothing in particular, whilst passing round a huge spliff, like it were an inhaler at an asthma convention. A few men, too lazy even to use the bar toilet, are instead relieving themselves against the far wall, which has clearly been used for that purpose for so long that a good chunk of it has been eroded away. A number of street sellers mill around the square, sporting a perplexing range of wares, namely tissues, socks, and African beads – presumably to appeal to all creeds of public onanism.

In amongst them, other men circulate the piazza with rucksacks, opening them before groups of people to reveal a veritable smorgasbord of illegal substances to their all-too-willing clientele. During this time, perhaps 40 minutes, we were offered marijuana 3 times, ecstasy and cocaine twice, and LSD and heroin once: if we’d accepted all that was on offer, we would have had more drugs in our blood than blood. All the while, the pungent smell of cannabis wafts through the air; it’s like a perennial summer of love. This is not a place you’d take your gran. One time, on what had clearly been a particularly raunchy night, someone had stuck a whole swordfish’s head upright on one of the bins (see fig. 1) – in Britain, we would only use traffic cones but this is another level.

It’s got to that stage in the night – about 2 am – where the initial festival of drug use has died down to a mellow chit chat, and it is at this point that the dealers decide to put away their rucksacks and, as one, re-emerge with a wide variety of musical instruments. I’ve no idea where they get them all from – one of them has bongos and another a tenor saxophone, so I can only presume they have an agreement with a bar to store them or something. Then, almost unbelievably, these guys – once dealers, now musicians – just start up a jam session in the middle of the square. Almost immediately, everyone jumps up from the ground and starts dancing in a massive group: what had once been a mellow hubbub of stoners has now been transformed into an al fresco rave. The funny thing is, though there is a police presence in San Lorenzo, they make absolutely no effort to stop it – usually, they just stand at the edge of the square, nodding their heads to the rhythm and occasionally tutting disapprovingly. I’ve never stayed to see the end of it, but I’m guessing the police eventually move them on before the morning mass.

I end up walking back on my own (the others decided to join the queue for a late night/early morning pastry). It’s now about four in the morning. As I’m passing a bar, I notice three girls standing by a table. Some guy, in passing, gropes one of them, clearly thinking nothing of it. Almost immediately – and I mean, so quickly that before my eyes I couldn’t work out what happened – two of the girls had him pinned to the ground whilst the third started stamping on his face. As I stood there, watching this rather extreme approach to ‘stamping out misogyny’, I couldn’t help thinking that, yes, what truly makes San Lorenzo so awful is its people.

San Lorenzo is like a cultural abattoir. It’s not where culture goes to die. It’s one step worse. It’s where it’s taken and slaughtered.