Confessions of a Bamboozled English Student

Allow me to set the scene: a young fresher introduces herself as hailing from the mystical and ethereal temple known as Hild Bede. Confused silence at Elvet Riverside ensues, for no one is quite sure that such a place exists, such is its’ ambiguous majesty. After a taxing and deeply strenuous 2 hour day (with, I feel compelled to add, an exhausting hourlong break in between), the English student makes her pilgrimage home – sashaying gloriously over the riverside bridge to observe the breathtaking Autumnal leaf-shedding, internally listing a further 6 superfluously flowery adjectives to capture Durham’s cinematic views. Having been held at a standstill at the crossing for approximately 17 minutes, this is a welcome moment of reflection over the river – pun very much intended, thank you very much. 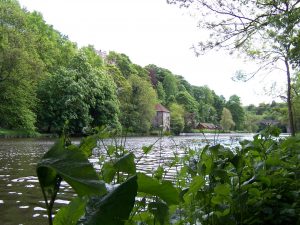 But, the English student had to scuttle on, compelled by the intensity of workload, you see, we have places to go and people to see, by which I mean, beds to nap in and people to tag passive-aggressive spongebob memes in. Of course, another day passes, and after arising at 11am, having gone to bed at 4am, the English student drags herself to the nearest beanbag to begin another arduous day of reading and consulting synonyms.com. Interesting fact: English students are never found more than 4 metres away from a place of rest.

It is important not to lose hope during these moments of oppression, dear readers, – do defend yourself from the imperious, self-righteous delirium that you find your STEM ‘friends’ in. Allow the smugness to bloom in your heart when you gently inform your physics acquaintance that just got obliterated by being on the wrong end of a 7-hour day, that you had a 3 o’clock lecture, and yes, it was bothersome. This attitude has encouraged a new and improved alternative to #yolo: #yosch – You Only Have Six Contact Hours. It is important to bear this mantra in mind later in life when that physics friend is working to a cushy 6-figure salary and you found 20p down the side of the sofa and briefly considered investing in Bitcoin. But we didn’t have any 9ams, so …. 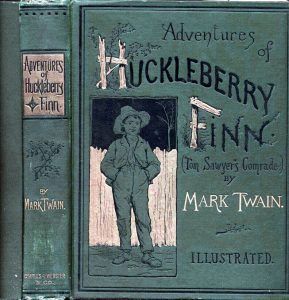 English students will always remember that one time they had to make the half hour hike up to the Palatine centre for a 12 o’clock tutorial that only lasted 20 minutes because a 4.39 minute pause in the tutorial elapsed, during which heads dipped, rose-gold Macbooks were nervously being typed upon, and pages were uselessly flipping, before the poor, misguided tutorial leader finally conceded defeat and answered his own question. People breathed a sigh of relief. The postgrad wiped the beading perspiration from their forehead. Never has the concrete of Elvet 201 been such a blessing – with its endearing affinity to flood the floor and leak through the roof.

The English student will also laugh in the face of the post-in note that is still stuck on their wall with a supplementary secondary reading list from October. The list did not age well, the poor, ambitious thing.

Another hallmark of English-studenthood is the ability to whip out a randomly outdated scathing insult – any excuse to debut a new colossal word that they pretended to know how to spell in the lecture. Examples include: a dry slug; an unseasoned chicken leg, and a foppish wench – the only downside is that no one, not least the insulter, has a flying clue about what any of that meant.

It is also pleasant to peruse the lecture hall during ‘Intro to the Novel’ to see a tasteful swathe of mustard yellow knitted jumpers, a dappling of overreaching quiffs, a smattering of obscure Russian sonnet handouts from the previous lecture, and the near ubiquitous presence of the tortoise-shell Teddy-boy glasses with a pathetic ‘aesthetic-prescription’ of -0.5 and -0.75 respectively. This I say, bearing ¾ of the artfully pretentious listed characteristics. By the 5th week, however, it is more a case of trackies and leavers hoodies, because we all woke up approximately 8 minutes before the 2pm lecture and had to grab and run. By which, of course I mean, grabbing a chai latte and strolling in 8 minutes late, walking straight past the handouts and attempting to sit in that row end without a seat. 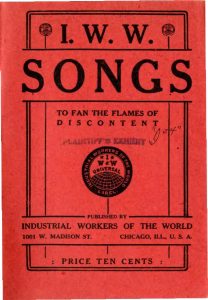 When your parents call, blag something about researching diphthongs and leap back into your nest of crumbs and tasteful throws.

You may have noticed that in this day plan I have not outlined a slot for work. This is intentional. #lolchemistry

However, there is a period in mid-November and early March where you will find yourself hunched over a ridiculous pile of critical anthologies, muttering something about the mutual repertoire of shared something and diglossia, or whatever that lecturer was flapping on about this morning. Suddenly, as you hand in your 6th essay in 10 days, you realise that you missed the deadline to become a Mongolian goat groomer, and you are now stuck here.

The English student will now puddle over to Klute to drown their sorrows in sweat and EDM to get absolutely slipper-socked.

Rather like neglecting to proof-read their senseless summative, the English student will regret this in the morning.