Quick poll before we start: which response to the question of ‘how to write an essay’ most makes you most want to dissolve into the sea:

‘How long is a piece of string’

I personally find the cat one most compelling, if only because it taps into the recesses of violent malevolence that this phrase summons in my soul. No, I’m not still salty.

It all starts with a suspicious squint as to whether your supervisor is a Doctor or a Professor (don’t worry too much, you will inevitably pick the wrong one). Next, wonder at length whether you are on sufficiently intimate terms to address them by their first name. Conclude against it but feel the pressure when they continue to sign off as ‘Peter’. Of course, the one time you invoke First Name Privileges you are so caught up in the immensity of the moment that you instead type ‘Dead Peter’. You conclude that spontaneous combustion wouldn’t be such a painful way to go.

Things are not helped by the fact that the most recent message in the chain was a confident, if rather baseless, promise to ‘have a draft by week 10’. It has aged about as well as the kale from two weeks ago that is currently generating its own sentient ecosystem in my fridge. What’s that Mark Twain quote? Reports of my diss have been greatly exaggerated…

You will also agonise over whether or not to include that fifth exclamation point in your two-sentence email before closing your eyes and hitting send to yeet that bad boy out of your drafts. A moon cycle or so later you may receive a soul-crumbling reply of the ‘sure – sent from my iPhone’ variety. Weep.

In other words, like the first pancake, the first draft is the regretful lovechild of your presumption to write about the literary narratability of death, and your decision to start drafting at 3am while Henry Cavil did something broodingly violent in the background on The Witcher. 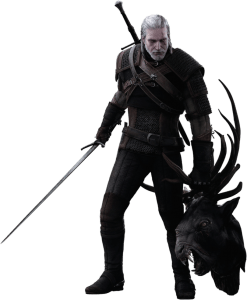 That said, my first draft weighed in at 40k words because I have a) zero chill and b) tendencies towards self-sabotage.

I’ve since chopped her down to 14k but much like the pans in the kitchen sink at home, I’m gonna let it soak (read: fester) for a week until I can be bothered to look it in the eye again.

I mean first drafts are capricious things aren’t they. I’m always anecdotally reassured by the fact that, whatever my editing flaws, I share them with the man himself, Charles Dickens. It’s fun to think that the first iteration of A Christmas Carol involved rather more grave-digging goblin kidnappers than the version we see today. Ah Chucky D, what a lad.

That notwithstanding, let’s pause for a moment of embittered wordplay to lament the emotional upheaval of the final proofread.

Diss-embark from this mortal coil

Diss-cover a latent desire to be a paving stone in Paris because it probably doesn’t have to write about Things.

Oh yes, things are very much stepping up a gear midway through term two in the final year. But don’t worry you’re bearing the stress well. Your stream of nihilistic complaints to the family group chat haven’t got your parents worried at all. No sir.

It’s only when Adele’s 21 album trips into the playlist that we need to initiate an extraction team. That, or you walk in on your housemate smashing their head on their keyboard – whichever comes first. Just keep complaining about how commensurately difficult life is and reflect that you will never finish the diss and that it’s the worst thing that has ever existed. Because obviously that’s both rational and true.

The next course of action? Escape.

It became necessary to leave Durham immediately following an incident involving Bluetooth headphones in the library. Let me set the scene…

My stomach had been conducting a tasteful symphony of exotic whale calls for the better part of an hour, hitting notes that no earth-dwelling creature had made before. However, unbeknownst to me, apparently there was a more compelling performance still to come…

This came in the form of the 13-second opening bars of REM’s Losing My Religion deciding to consciously uncouple from my headphones, blessing every unfortunate soul within a five mile radius of my phone. You know the song I mean, right? The one with that lengthy ‘ooooooh’ groan that could be either someone giving birth or some sultry yodelling remixes. I’m pretty sure Glee covered it at some point, if that remotely narrows it down.

I didn’t sense that the girl next to me who left her phone on vibrate was feeling particularly charitable given the look I was given, but either way it was time to scarper, having f i n a l l y realised that the music was playing out. The guy in front of me actually had to turn around and gesture to his ears in a totally non-mortifying turn of events. You can see why my position in this astral plane became untenable, I’m sure.

Also, a quick piece of abstract prose directed at the person you talked to in tutorials in December that had the whole thing drafted already:

Equally the person who hasn’t written a word by late February gives me hives because you guys have nerves of absolute steel.

We have to lean into these genius moments. Yes, Plato wishes he made that connection. Terry Eagleton wants what you have. You are unstoppable and you discuss the ‘ontological contestability of spectral wraiths’ not once but thrice in your essay. Ride that high and don’t let the fear of intellectual capitulation quash that.

Rest assured, this glory won’t last. Three minutes later you will realise that you somehow managed to spell ‘necessary’ with eight superfluous ‘s’s, didn’t punctuate an entire page and included a stream of conscious monologue about what you were having for tea that night. (Salmon and rice, if anyone cares).

You almost laugh in the face of your supervisor when he brings up formatting issues in your draft. Footnote whomst? I don’t know her.

‘When it comes to crunch time I’ll just find that passage in my notes, no problem’, I assure him, fully aware that I misquote, misspell and neglect to attach the critic’s name to my notes like it’s going out of style.

I’ll just have to do some sort of footnote rain dance to summon the sources nearer the time (read: the night before deadline).