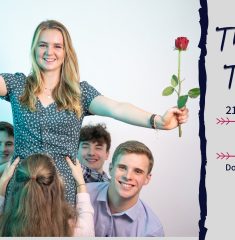 Review: ‘Things I Know to be True’ by Collingwood Woodplayers

Woodplayers’ adaptation of Andrew Bovell’s Things I Know to be True was energetic, vibrant and deeply thought-provoking. The audience were thoroughly engaged in the story, which depicts the trials and tribulations of the seemingly everyday Price family, who live in Adelaide, Australia. To stage Things I Know to be True is an ambitious feat, especially […]