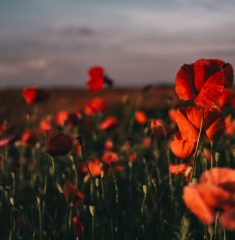 The writers who make us remember: Commemorating war through literature

by Isobel Roser and Alice Smith