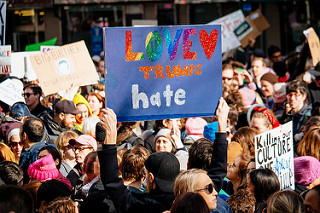 Trump: what comes next?

Donald Trump’s inauguration as the President of the United States of America has generated waves of fear and turmoil across the world, especially among women, people of colour and the LGBTQ+ community. The Women’s March across the world the day after was a proclamation of solidarity that exists among us and our will to stand […] 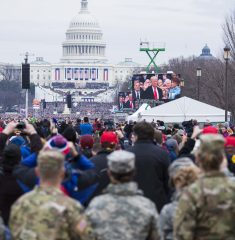 The inextricable relationship between Christianity and American politics: religion in the inauguration ceremony.

On January 20th, love it or loathe it, Donald Trump was sworn in as the 45th president of the United States of America. His inauguration ceremony featured a number of religious firsts, but Christian themes within American politics is far from a new concept. In fact, almost all US presidents have claimed affiliation to Christianity […]