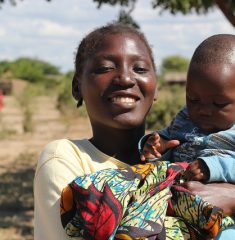 Isabel Fletcher looks at the co-benefits cutting down global carbon emissions could have on public health.