Preparing for a year abroad is a really exciting time for so many students. Between the excitement of exploring new cultures and cuisines and finding the perfect set of luggage to parade through the airport, there is lots to look forward to. A year abroad for many is the perfect opportunity to broaden your horizons and meet new friends from all corners of the world; and all in the name of a university degree!

When I was preparing for my Siberian adventure, I too was excited to procure some shiny new suitcases and get my tickets booked. What I didn’t know, however, was that only 3 weeks later that very same baggage would be arriving back in Heathrow Terminal 5 just 6 months sooner than my initially scheduled date of return. After 3 long flights to Russia and 5 days of quarantine I was really excited to practice my language skills and explore more of the local area but sadly, due to the ongoing invasion of Ukraine, our time abroad was brought to a premature end. Living in a volatile society with looming sanctions made for a rocky start to time abroad and despite my overwhelming disappointment and sadness, I know now looking back that it definitely was the right decision to leave. 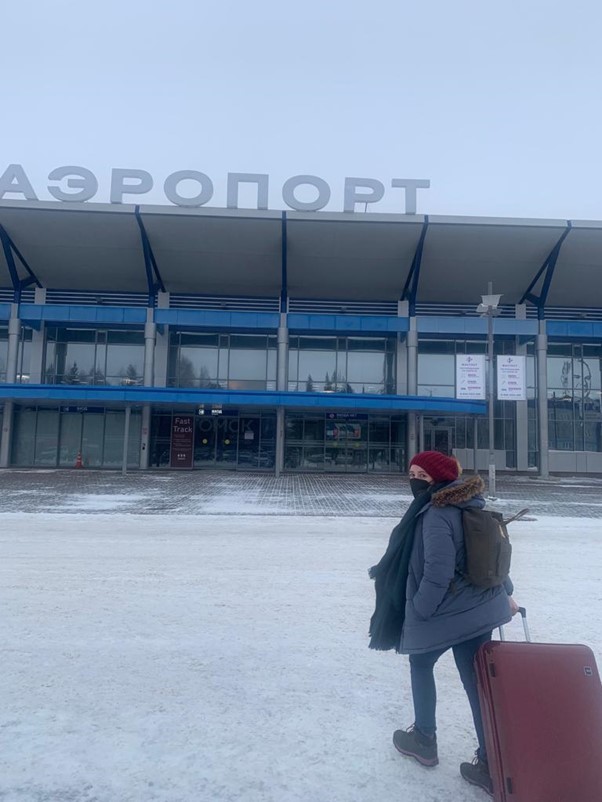 While life for me in Western Siberia hadn’t changed dramatically, and I was very fortunate to be safe and well out of any direct conflict, there was a great deal of uncertainty. Before we had formally received any kind of notification encouraging us to return back to the UK, we started considering our options and set out a plan of action for if we were to stay. Thankfully the decision was taken out of our hands when the FCDO changed the Russia advice to ‘advise against all travel’ and added a note on the page encouraging any British citizens to return back to the UK with planes that are still flying. I was so glad I had signed up to the Russia updates on the Foreign Travel Advice page because it meant I received an email as soon as the page changed. Flights were getting booked up quickly and if I hadn’t seen the notification, perhaps I would have had more difficulties leaving.

During year abroad preparations, you don’t necessarily think about things going wrong but sadly, in some circumstances things, don’t go to plan. I was also grateful to have the good support of the university department who were able to help cover the cost of a very expensive flight home via the Middle East. One major oversight of my preparation was reading the full terms and conditions of the travel insurance. As I had hoped to do a little bit of travelling around Russia following the end of my course, but I was yet to receive confirmation of a visa extension, I hadn’t booked a return flight which was a prerequisite for a pay out from an insurance company. Thankfully, the university were keen to get us back on British soil and were willing to foot the bill for an eyewatering plane ticket home. I suppose the moral of the story is to learn from my mistakes and as boring as it is, read over the conditions of the policy so that you know you are covered should anything go wrong.

A year abroad is a such a great experience and even if things don’t go exactly as you hoped, there will be a story in everything. Believe me, when I came back home, I dined out on my leaving Russia story for the first couple of weeks! Even though my time in Russia was cut short, I still look back on it with fond memories and in such a short amount of time I made friendships that will last a lifetime. Overall, it was a really positive experience. Just remember to plan well, learn from my mistakes, and don’t feel defeated by factors out of your control. I know it is easier said than done but I truly believe that this is the key to a great year abroad regardless of the final outcome.