Review: The Comedy of Errors 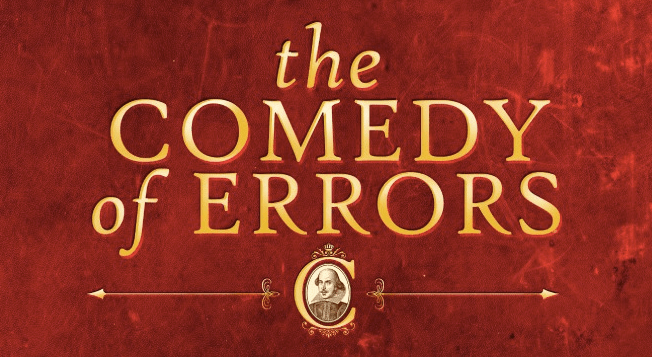 Comedies are harder than tragedies. Yes, I did just say that. To get someone to laugh, silently chuckle or even just smile in amusement one must have a very keen mind to target (and hit upon) the funny bone. Humour is all in the pace of delivery, the gap of silence and any facial or physical expression which go with it. If you don’t get this all right, then what’s meant to be funny is easily lost. It is especially hard when the words are in Shakespearean English.

With that all been said, I can safely say none of these things held back Foot of the Hill in their effortlessly amusing take on The Comedy of Errors. It’s a quick-paced, farcical play about mistaken identity, featuring more bawdy jokes than I dare repeat. Antipholus and Dromio of Syracuse are mistaken for their long-lost twins of Ephesus, who also have the same name. They then set off a chain of events, which the Ephesus men are unaware of, but they are made to receive all the consequences that come with them. Confusing right? The dramatic irony of it all and the mishaps the men fall into are what make the play, and the cast pieced it together nicely.

They had a cohesive confidence to be as ridiculous and over-the-top as the play required, yet all could hold their own in their solo roles. They were constantly engaged with the action unfolding around them and always reacting, which added to audience communication. While it is always so hard to drive across the meaning of Shakespeare’s complex poetic lines, the knowing glances at each other/audience and the hyperbolic physical comedy revealed the comedic intent. They often reinforced the puns within the text and I am grateful to directors Sophie Boddington and Sophia Rahim for achieving this triumph among others. The comic nature of the play started with the set; simple yet the irony of the posters made me crack a rye smile. I won’t spoil it too much, you will have to see it for yourselves!

The cast’s solo performances I could talk at great length about because they all held their own and added a special comedic flair to their role. I’ll start with Auguste Voulton and Matthew Redmond as Dromio of Ephesus and of Syracuse (respectively). Firstly, I have to comment on the excellent casting, they look very alike, which fits with the confusion in energy. Voulton was filled with an energy which rose and fell in the right places, quite an impassioned, ridiculous fellow. Redmond had a more reserved take on the character, with poignant, cynical wit. Yet over time the two characters almost became one in their traits, to the point where even I began to wonder who was who. It was a clever ruse. Keir Mulcahey changed between risqué flirtatiousness and hyperbolic romantic passion. He had a devilish confidence in his role as Antipholus of Syracuse, I couldn’t help but enjoy the chaos he was unwittingly causing.

Tom Porter, as his Ephesus twin, was much more composed and prim, in a constant state of disbelief over what he was being told. His anger and confusion were more contained, grounding the exaggeration that surrounded him, so the play maintained its focus. Yet Porter still exhibited the hidden side of this supposed upstanding gentleman in his closing interaction with the feisty and fierce Courtesan (Niamh Hanns). The leading ladies, Adriana (Naomi Clarke) and Luciana (Lily Kattenhorn-Black), really captured my attention with their subtlety in emotion. Naomi played a wife, deeply in love with her husband (Antipholus of Ephesus) to the point where it could even obsessive; when she mistakenly thinks her husband loves Luciana, Hanns played her withheld anger and hysteria in a manner that made me chuckle with a nervous concern. Kattenhorn-Black’s Luciana was balanced between a knowing innocence and a starry-eyed, sensual flirt. Her portrayal wasn’t over the top but her portrayal of idealised romance still managed to make me laugh.

I can only really fault on articulation, some of the lines were lost to the shouted echoes of the hall, but it was a solid first night. I’ve tried to avoid any spoilers because I believe you have to see it for yourself. This is The Comedy of Errors done right.

The Comedy of Errors is on at 8:30pm, Sunday 4th March at St Mary’s College (Main Hall).