Yolanda Kakabadse, President of the WWF: The State of the Earth

At her lecture in Durham Castle Great Hall, Ms Kakabadse discussed the environment and the human condition to ‘wait until we are at the edge of the precipice to react’. The time to act, however, is now. 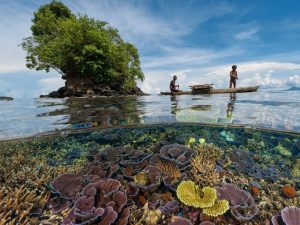 Our world is in need of saving, there is no doubt about that. Yet, when we unfold our newspaper of choice, it devotes little attention to earth’s red lights, as Kakabadse points out – instead focusing on mitigating business and improving performance. The irony is however that in neglecting our planet we are poor businessmen. If the ocean was a country, it would be the 7th largest economy in the world; as it provides irreplaceable services such as distributing heat, stabilising the climate and is worth trillions of dollars economically.
Yet 90% of global fish stocks are almost or fully over-exhausted and our population is ever-growing. Economically, we are forever expanding. Simultaneously, 6 million tonnes of plastic is deposited into our ocean every year – the sea our all-purpose garbage dump. If the ocean were an organism, she would rasp and wheeze her every breath. 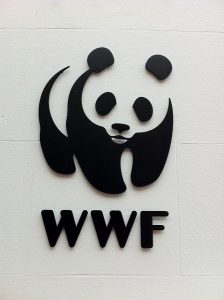 But Kakabadse’s message had a different tone. Whilst stressing the damage we have done to our planet, she remains hopeful for the future and emphasised how finally a momentum is building for environmentalism. Crucially, she explained how change was being effected faster that expected and on an international scale. The 2015 Paris Climate Agreement, for example, occurred 4 years earlier than anticipated – and time is imperative. There has also been a global effort to control markets of environmentally costly goods: last November, 7 African countries signed a pledge to protect 70% of Africa’s remaining rainforest and to produce sustainable palm oil, and the following month China legally banned its domestic ivory trade. These measures are to name just a few. 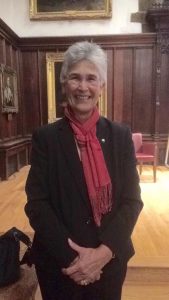 Ultimately, Kakabadse’s message was this; ‘be the change you wish to see in the world’. As easy as it is be demotivated, some of us must start and let the world catch up with us. But for many, it isn’t just a question of motivation – but one of boredom as well.

Oliver Burkeman raises the question on everyone’s lips in the ‘NewPhilosopher‘; ‘who cares?’ All too easily, we can all identify with the yawn that some stifle in the face of climate facts. It just doesn’t possess us like news about the suffering of our fellow human beings does – despite being an ever increasing cause of it. Despite her message being positive, Kakabadse subtly underlined how ‘determined (we are) to let our short-sightedness get the better of us’.

Burkeman suggests that the weight of environmental disaster possibly is just so great for us, so we numb ourselves to it; feeding into our ‘just world bias’ belief that the world is ultimately fair and reasonable. Simultaneously, he also suggests that when we do recognise its gravity we can be left feeling distraught and unable to affect change. Both of these theories may be true, but it is also fundamentally true that we are unwilling to work for a long term reward when it comes at great cost to our lifestyle – climate threat is a much more vague notion than product price and quality in our everyday consumption. This is not entirely our fault – our lives are made so busy and commercial we often struggle to find time to stop and think, let alone discover how to live sustainably.

This was perhaps the most important underlying message from Kakabadse. When asked about the WWF’s stance on corruption, her instantaneous response was to talk about the unethical, immoral commercial world. We throw away a whopping 43% of all packaged food – ‘expiration dates in my opinion are placed on the products to rotate’. Kakabadse also emphasised how ‘the rich are getting richer’ and how ‘we must have an investigation into this’, ultimately arguing that effective change cannot be made without tackling this fundamental human issue. This effects us directly, as human beings, every day – as big business monopolises and swindles us, wasting our earth’s resources.

But Kakabadse’s message resonates clear; ‘be the change you wish to see in the world’. We must fight the good fight, because this impacts all of us. It can be done, together.

Yolanda Kakabadse gave a lecture in Durham Castle College Great Hall on 15/02/17. Kakabadse is the President of the WWF foundation whose aims primarily revolve around wildlife conservation. For more information, click on the following:
Facebook: https://www.facebook.com/WWFUnitedKingdom/?fref=ts
Twitter: https://twitter.com/world_wildlife?lang=en-gb
Website: https://www.wwf.org.uk/