Show of the Week: Soul Sound

Emily Holmes in Uncategorized on 2 March, 2012. 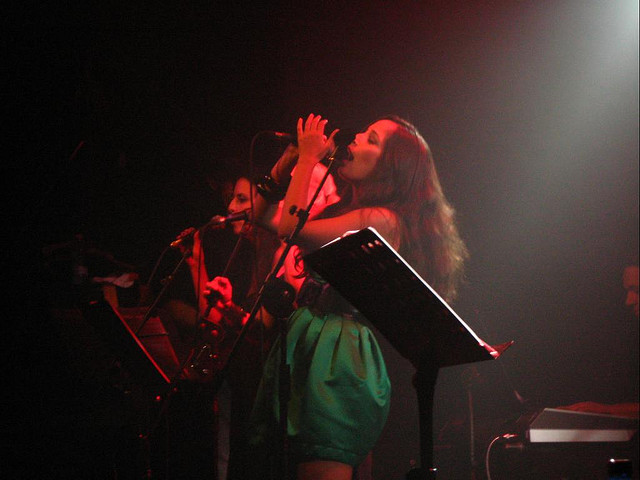 Channel your inner Aretha with Soul Sound! (This is a tribute act. We couldn’t afford the real thing.)

What’s better than listening to feel good music first thing in the morning? We can’t think of anything either, which is why Purple Radio has chosen Eleanor Haynes’ show ‘Soul Sound’ as our show of the week! This show brings you the best of 50s, 60s, and 70s Motown, Soul and Funk and funk, as well as including a feature discussing top new bands who have been inspired by the classic “soul sound”. We caught up with Eleanor to find out a little more about it!

Why did you decide to sign up for Purple Radio?

I knew I wanted to be involved with the radio station before I even arrived in Durham and went to the Freshers’ Fair solely to find out how to get involved. I thought actually getting my own show was a bit optimistic but, it’s worked out really well.

What made you want to DJ a show specifically on soul music?

I only recently became interested in soul music after I went to a club-night in Manchester called Revolver which plays a lot of types of music I play on my show. I just really enjoy the music and think it’s pretty timeless. I don’t know that many people who are into this style of music but I definitely think it’s needed in Durham to escape from all the club and chart music once in a while.

Who are your favourite artists?

Any of my listeners will know there’s a bit of a joke throughout my show about The Beatles, and that I play at least one song from them every week – it’s become a bit of a tradition for me so they’re definitely up there as one of my favourites. Bob Marley, Jackson 5, Jimi Hendrix, James Brown, Earth Wind & Fire and Stevie Wonder are also all pretty common for my show.

Any soul music musts or recommendations?

If I had just one recommendation to get people into soul music it would probably be Land of 1000 Dances by Wilson Pickett – that song has got everything. I have a tonne of new soul recommendations as well which feature on the show but my favourite band of last year was Fitz and the Tantrums who have definitely got the soul sound.

My friends and family who listen find my best moments on the show the parts where it all goes wrong in the studio. For example, for this term I am now the first show on a Sunday morning so when I get into the studio the lights and everything are usually off. For one show I couldn’t find the light switch in the studio so did half my show sat in the dark, trying to find the switch between particularly long songs…

Don’t forget to tune into Purple Radio Sundays at 10 to catch ‘Soul Sound’!