Ben Vickers in Uncategorized on 28 February, 2019. 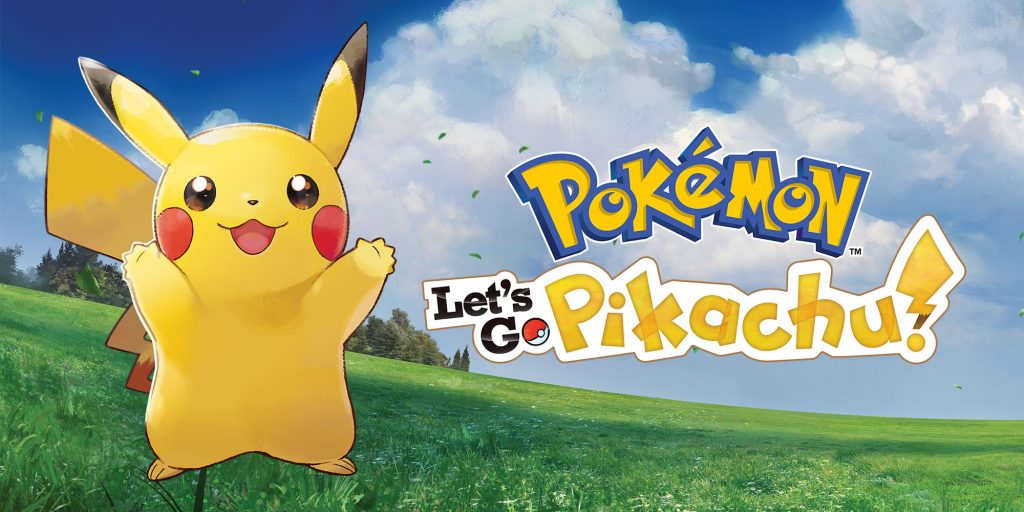 Continuing my journey, I find the answer to a question from last time; you do get given the Kanto starter Pokémon by other trainers! It also further confirms that Let’s Go Pikachu/Eevee are remakes of Yellow version. To get access to these free Pokémon you have to have caught a certain amount of Pokémon, 30 for Bulbasaur, 50 for Charmander, and 60 for Squirtle. This looks like a difficult task so early in the game, but, as I discovered after much searching for Pokémon, they don’t have to be 30, 50, or 60 different species, just that number of any Pokémon.

Anyway, armed with my new free Pokémon, I move on to Vermillion City, south of Cerulean, and reached via the Underground Path. Seeing as Bill the Pokémaniac gave me a ticket to a party on the cruise liner S.S. Anne, I head straight for the ship and board it, looking for said soiree. I then proceed to annihilate every guest with a Pokémon on the ship, including Brexit (who I defeat, but we’re not in Parliament, so…), who tells me that the Captain is giving out Hidden Machines, despite being seasick. I decide not to tell any of the passengers that the Captain hasn’t got sea legs, and head on up to see him. After administering some TLC, he thanks us with HM01 Cut.

To my surprise, this HM is instantly learned by Pikachu, who demonstrates his new-found ability by slashing a pot plant with his tail. Casual vandalism aside, this is an interesting change to the Pokémon formula (although a similar idea is to be found in Pokémon Sun and Moon) as previously HM’s took up a slot in a Pokémon’s pool of 4 moves and couldn’t be unlearned easily. Now they can be performed by Pikachu at any time. In some ways this is a huge improvement, making it much less an issue of tedious management, and Pikachu on a surfboard is a magical experience! On the other hand, a creature who is less than a foot tall moving a giant boulder is a little ridiculous, even for a Pokémon game.

Next, having waved farewell to the S.S. Anne, with slight concern for how the Captain will cope without my messianic healing hands, I head over to the Gym to defeat Lt. Surge AKA The Lightning American. This time with no clear type advantage to help me through, I rely on the sheer attack power of Pikachu (something that becomes a recurring theme), the absolute beast. Ultimately, I prevail over the ex-army Lieutenant, and claim the Thunder Badge for my collection.

Before heading back to Cerulean and passing through Rock Tunnel, I explore east of Vermillion and find a field full of trainers to challenge. Clearing the field and gaining some much-needed experience, I continue on to Diglett’s Cave. I head into the Cave and eventually emerge on Route 2, back where Viridian Forest is located. Quickly, I find one of Prof Oak’s aides in a house who presents me with HM02 Flash (they’re coming thick and fast!). From what I understand, the aide taught Pikachu to light up Rock Tunnel using a Mindfulness technique, to unlock the light inside of himself to drive away darkness. I don’t know why this is necessary as Pikachu is basically a lightbulb with a cute face and a tail. Hmmm…perhaps moving huge boulders wasn’t so strange after all!

This time I learned that Brexit is still rubbish, Sea Captains are apparently not screened very well, I have magic healing hands, and HM’s are now a bit strange in Pokémon games. I’m still very much enjoying my foray into Kanto, albeit not quite as I remember, and the game mechanics do provide a much more casual gameplay experience than usual. I’m not, however, sure if it will serve to convert Pokémon Go players to the mainstream Pokémon experience, but seeing as Pokémon Sword and Shield have just been announced (yesterday at the time of writing) perhaps they will garner some additional interest.