Nature and commerce: a game of unintended consequences 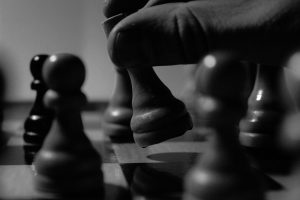 Nothing is ever black and white.

We are forever failing to encapsulate our lives in mere words. Forever saying ‘it’s not that simple’. So how is it we expect the life of the natural world to be simple too? Mother nature is a complex lady; and she certainly won’t simply follow our demands. She will continually refute, surprise and delight us.

This article then is a plain ‘refutation of the idea that we can manipulate the living world with simple, predictable results’ (George Monbiot). Our entire conservation efforts are based on the principle that A + B will = C, when in reality we are just resorting to a child’s level of problem solving; in denial of the sheer complexity of the problem. We are refusing to look environmental issues full in the face; we are trying to heal a gunshot wound with a plaster. 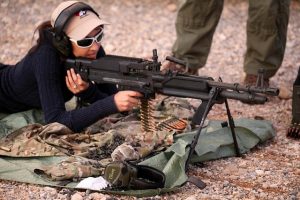 Or ‘conserve’ nature via mass extermination of target species.

The problem lies partially in the fact that the world is affected from the top down, not the bottom up. This process is known as the Trophic Cascade effect (‘trophic’ being to do with feeding) and can essentially be summarized as top predators determining the ecology of an entire habitat. The increase or decrease in their number will increase or decrease the numbers of herbivores, which in turn will affect the growth of vegetation, which in turn will affect everything from soil erosion to rainfall. The obvious thought process is this; we’ve wiped out so many top predators in our quest to cover land with either concrete or cash crops that this is going to have had profound impacts on ecology. This is certainly true; in some cases, we’ve even created new land masses with their own Dystopian ecosystems, such as the legendary Great Pacific Garbage Patch. George Orwell, eat your heart out. 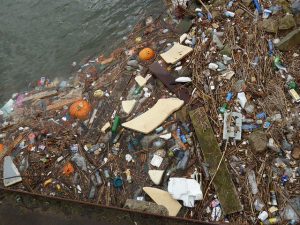 The water looks so inviting

However, I ask you to look at this from another angle; we are now the top predator. The undisputed master of every ecosystem on the planet. ‘Veni, vidi, vici’; we came, we saw, we capitalised. This could mean great things; we are the most intelligent, most reflective, most capable top predators that ever were. Jules Howard writes in The Guardian that ‘today’s world contains perhaps the biggest, most spectacular thing that natural selection is capable of producing: co-ordinated minds that seek to save things other than themselves’. But I dispute this. We are capable; so we are culpable.

Now, I’m not saying that each of us has bad intentions. I’m not saying we are all guilty. We are guilty as a species, but not necessarily as individuals. In fact, I believe our good intentions are victimized. And who by? – I hope you’re sitting down – Industry.

Let’s talk about this concept of ‘supply & demand’ – or should I say: supply, supply, supply. It’s not exactly a balance. Granted, our global population is on the rise and we all need to eat, be clothed etc – but there are lots of other things we don’t need, and what we do is thrown at us in enormous proportions in a bid to make a profit. It doesn’t take more than a cursory glance around us to see this issue of imbalance; obesity in some parts of the world, starvation in others; an excess of material wealth, a deficiency in psychological health. There are many bugbears I could raise, but here’s what I’m going to say; this industrial decadence prevents us from self improvement.

Firstly, it lulls us into the false belief that there’s something to fix everything. Got this ailment? Buy X. Have this problem? Order Y. But the real world doesn’t work like that – we can’t just take a few last minute actions with the environment and all will be well again. As much as corporations would like you to believe, so they can continue to squander the Earth’s resources. 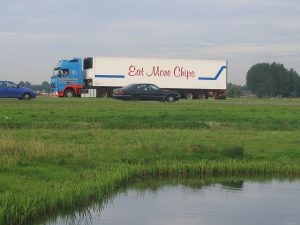 Secondly, business and commerce can be so all-powerful it can be difficult to take a principled stand – because we know it’s fruitless. For example, say you have watched Cowspiracy or something similar and have been inspired to reduce/cut out beef from your diet. When in your regular supermarket, you look around and slowly it dawns on you that your abstinence has made no difference whatsoever. The meat you would otherwise have bought is still there, just instead of making its way into your shopping basket, it will simply be purchased by someone else or wasted – just one more item of the 18-20 million tonnes of food is wasted in the UK (over half by the industry) due to aesthetic standards and sell-by dates.

As a result, moral decisions are often dropped due to the fact we don’t want to compromise our lifestyles when no good will come as a result. And I entirely sympathize – why should we live less comfortably only for our efforts to be ignored? But don’t get angry at each other, get angry with the system – which supplies you with so many products and screens that we are all worn down. We live in an age of Stuffocation.

But nothing is ever black and white. Despite this overwhelming force against us, we must be resolute in our convictions, even if they’re complex or debased. Good not only will prevail but must prevail; there’s no point looking to life on Mars. We need to be aware of this game of unintended consequences; the consequences of big business, our role as top predator, our ham-fistedness in regard to the natural world. In oversimplifying our conservation tactics, we often do more harm than good – such as spraying down both crops and national park trees with pesticides that cause outbreaks of other harmful organisms, such as elms in NYC’s Central Park being sprayed with neonicotinoids to combat long-horned beetles, but resulting in a spider-mite explosion (Douglas Main, Newsweek).

We must see the world’s complexity for what it really is, without ourselves excluded from it; as in reality, the fate of nature and commerce is now intricately linked. Every one of our actions has masses of unintended consequences; but we want to make ripples, not waves. 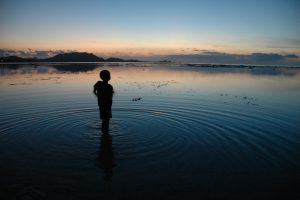