Could God create a stone so heavy he cannot lift it? 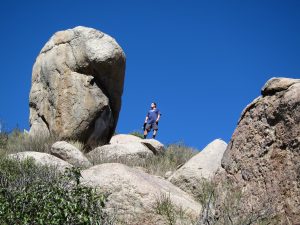 Could God create a stone he couldn’t lift? It’s a classic question, whether asked by curious theists or by sceptical atheists, and it does in fact have a kind of answer. The answer is that the question does not make sense. Contrary to appearances, this is not a cop- out but says something important about the way Christianity has traditionally viewed God.

To answer it, we might ask another question: does God exist? This question may be thought to have a simple answer from the Christian perspective,but there are complexities. Often the question is asked as if, ‘Does God exist’ is a similar question to asking ,’Does this computer exist’, and therefore has the same kind of answer.

In fact, Christian scripture and tradition argue that this is not the case. God is not one existing thing amongst many- he is the source of all existence. The existence of the computer depends on God, whereas God simply is; he exists in an absolute sense, the existence of everything else is merely relative. This idea is a very old one- the name which God revealed to Moses, ‘Yahweh’, means something like, ‘I am that which is’ (beating Plato to his conception of god by something like a thousand years).

The point here is that our ability to hold ideas about the world and to express them in language is limited, rather than absolute. This statement about the existence of God is hard to explain or to understand because the idea is beyond the ability of language to adequately convey.  The case of the stone is similar. The contradiction seems to be in the idea of being omnipotent. If you are all powerful you can make anything, including a stone you can’t lift. However if you are all powerful you must be able to lift it, which means you didn’t make a stone you couldn’t lift; therefore you cannot be all powerful.

The problem is that there is no way we can have a coherent idea of being all powerful, because such a thing is not a part of human experience or being. The best we can do to imagine such a being is to think of every possible action we can, and imagine those actions to be simultaneously possible. As we have see we run into difficulties doing this. But the difficulties are because language is straining to capture an idea that is at best at the limits of its capacity. That is why the question is ill- posed. It is impossible to properly define all the concepts involved. I said above though that this was not the whole story, that this showed something important about the Christian conception of God.

That something is the sheer otherness of God in the Christian tradition. More so than other conceptions of God, the Christian conception of God transcends human understanding. The human mind struggles to grasp the nature of God, and at the very best attains only a dim picture, like looking at shadows through frosted glass. That is one answer to the question. There is another, which is that God can make a stone he couldn’t lift, and he did- or rather he did not make a stone he couldn’t lift, but a beam.

When Jesus of Nazareth was condemned to death, he was lead from the Roman headquarters in Jerusalem to a small hill outside the city, carrying the horizontal beam of the cross to the place of his execution. The accounts of his death say that he was unable to do this. Weakened by being whipped, and from being beaten up by the garrison, he fell three times in the road under the weight. After he fell the third time, the soldiers, from pity or from frustration press ganged a member of the crowd to carry the beam instead.

This is the other half of the puzzle. Christianity has always stressed how far away God is from any of our conceptions of him, and how far beyond our ability to understand he is. But it is also taught that he became a human in the person of Jesus of Nazareth. From our side, God is beyond our intellects to grasp- as if he lies behind a veil. From God’s side, he has in fact torn through that veil and revealed himself in history as a human being.

In Jesus, as revealed through the scriptures and in particular the new testament, and interpreted by the tradition of the church, Christianity holds that God has revealed what he is like. This is the fundamental statement of the Christian faith, upon which everything else is built. Every piece of theology and Dogma is in some sense dedicated to preserving this truth from the one thousand and one ways it could be denied, and to prevent God being pushed back to a half seen glimpse in the mind’s eye.

If the strength and power of God are past human understanding, the weakness and humiliation of God are even more so. The basic statement of the Christian faith is that the incomprehensible being who made the universe was a baby lying on a mat of straw in a cave, a refugee fleeing a tyrannical king, a boy being taught how to make tables, and finally a man being spat upon and nailed to a plank of wood.

The Death of God has been proclaimed by the enemies of Christianity for almost two hundred years. But it has been proclaimed by the Church for over two thousand. Every Sunday for two millennia it has been commemorated and celebrated. Because if power itself is most truly revealed in this act of humility and sacrifice, then everything about the world is turned upside down, and after that moment nothing can be the same again.