Durham University has just announced further increases in college accommodation fees for the 2018/19 academic year. These increases, which see a single standard room with shared bathroom facilities increase from a price of £7,183 to £7,422, are in line with the 3.5% RPI inflation rate. 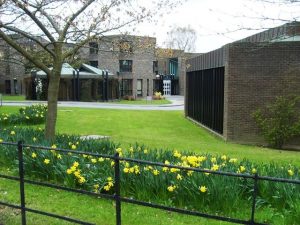 Student Union President Megan Croll has emphasized in a statement that, whilst disappointed by the increases, they come at a much lower rate than previous years.

The news, announced in an email from the Pro-Vice-Chancellor this afternoon, will be of concern to many Durham students who fear that they are already being priced out of the university. Alongside the fee increases, it was also announced that a grant of £1000, previously available to all students with a household income of £25,000-35,000, has now been restricted to only first years living in college. This leaves only a grant of £2000, for students with a household income of below £25,000, available for returning students. Croll argues that this is ‘unfair to returning students. Their financial situation has not changed since they finished first year, so why does their support?’

The latest fee increases charge inflation on what the Durham Students’ Union claim is already disproportionately overpriced accommodation. In the #RippedOff campaign launched last year against extortionate college costs, the DSU claimed that ‘had the University used the reasonable increase of RPI for the past nine academic years, the 2018-2019 fees would be at £5775 for catered, standard accommodation and £5139 for self-catered, ensuite’.

Some of the cheapest college accommodation provided by the university is a single standard room with shared bathroom facilities, which will now cost £5,195 per year. This amount still exceeds the loans many students are given by the government, meaning parents are obliged to pay towards both living costs and accommodation fees. However, the University has emphasized that if they did not increase fees, they would have to find ‘a cost of circa £1.5m’ from elsewhere in their budget, which would have ‘implications for the delivery of elements of the student experience’.

In a recent survey conducted by Save the Student, it has been revealed that 84% of students worry about having enough to live on, with half of students saying that financial concerns have affected their mental health. They revealed that ‘the average monthly maintenance instalment can be as much as £221 short of what students need to live on’. In a university with above-average accommodation fees, it would not be surprising if these statistics were even higher among Durham students.

An event created by Durham Students for University Reform plans to ‘protest spiralling rents for Durham’ on Friday 20th October at 12-1.30pm at the Bill Bryson Library.

To tackle rising college costs, you can sign the #RippedOff petition here. There is also a demonstration on Wednesday 29 November at the Science Site.