As consumers of sport, we all want to see as much of it in the newspapers, at sporting stadia around the world, and on our television screens, but has such a demand led to a neglect of player welfare? Bubble Sport contributor, Will Guy, gives his take on such a question. Nadal vs Federer. A […] 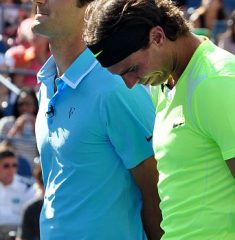 They just keep on going. Oliver Brett dissects the incredible return to prominence of both Roger Federer and Rafael Nadal, and their enduring rivalry.