When is Italy not Italy? 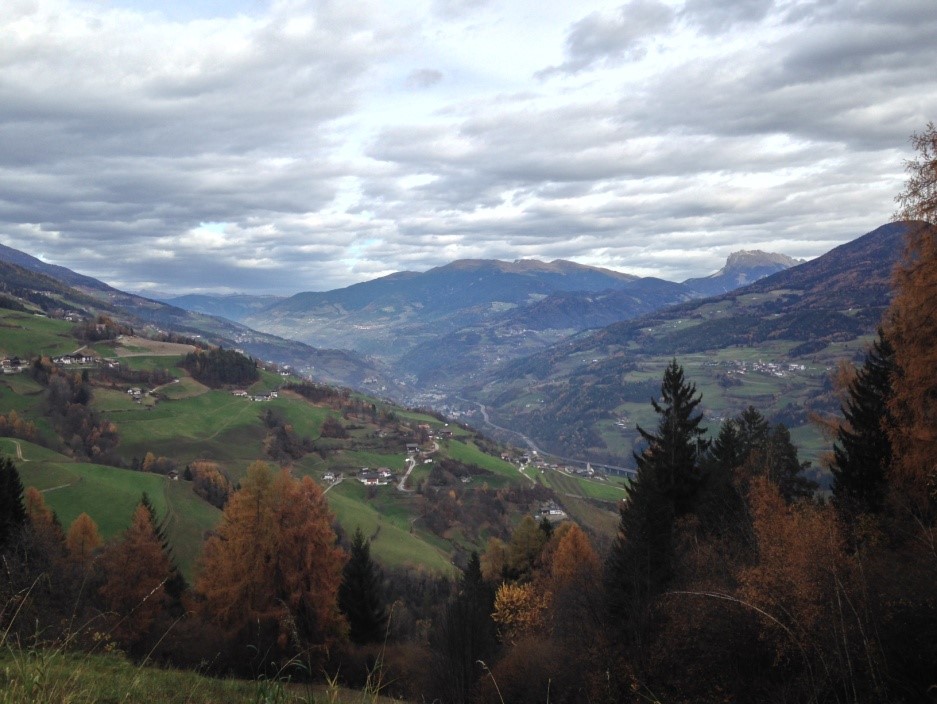 When is Italy not Italy? When it’s most definitely Austria. This is the peculiar situation I find myself in, on my year abroad in Italy’s most north-eastern region, Alto-Adige, or as it is more commonly referred to, South Tyrol. Belonging to Austria for a very long time, as part of the Austrian region of Tyrol, here you’d be hard pressed to imagine you were in Italy. If you ask the people who live here whether they feel like they are Italian, the response is usually always no, they are from South Tyrol. With its snow-capped mountains and deep valleys with green fields, it is a far cry from the rustic Italian countryside and bustling cities that you picture when imagining Italy, and closer to a scene from the Sound of Music. 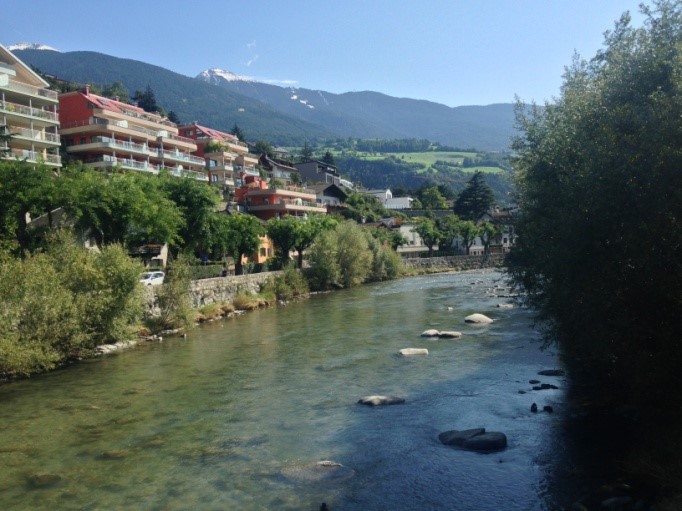 The Rienza river flowing through Bressanone/Brixen.

There is only one city with a majority of Italian speakers, Bolzano, or Bozen as it is called in German. Travel anywhere outside of Bolzano, and you’d be surprised to find someone who doesn’t speak to you in German off the bat. Yet for what appears at the outset to be a confused identity, the inhabitants of the region manage it very well. Most of them are proficient in whichever language is not their mother tongue, and are prepared to speak to you in Italian if you cannot muster up a few words in German. Visit a restaurant and you are likely to find a selection of pizza from Italy, along with regional and Austrian specialities such as ‘knödel’ (flavoured dumplings), goulash (a rich stew), and a selection of alpine cheeses. Living in the predominantly German speaking town of Bressanone/Brixen (75% German mother tongue), but working in a school with Italian as the teaching language, I expected the transitions between the cultures of work life and daily life to be jarring, but instead it just seems to fit with what is completely a unique region. 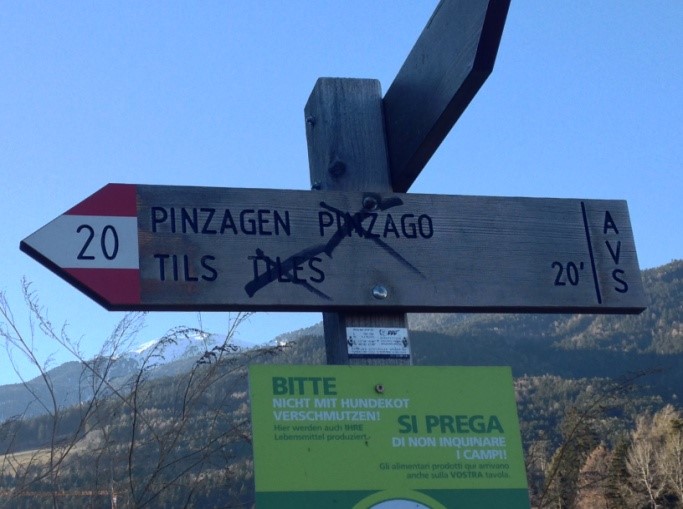 Venture into the countryside and you encounter hostility towards the Italianisation of the region.

The region itself appears to want a large degree of independence from the Italian state (The message ‘One Tyrol’ in graffiti is widespread, particularly around the area of the Brenner Pass, connecting Tyrol in Austria with South Tyrol in Italy) and has a degree of autonomy from Italy, which it reinforces by branding itself as an “autonome Provinz” or “provincia autonoma”, i.e. an autonomous region. The region is largely fuelled by tourism. In the summer, Germans descend from the North to experience the beautiful hiking and mountain climbing. In the winter, Italians come from the South for ski season. The lack of convenient airport, (the small airport in Innsbruck in Austria being the closest, and in Italy several hours south to the small airport at Verona) means that Munich is the closest large airport at 3.5 hours away, then there’s Milan at 4 hours. Consequently, the tourist industry is largely contained to Italy, Austria and Germany, giving the region a far more authentic flavour for those coming from further afield than the neighbouring countries. Indeed, it is rare to hear an English voice here. 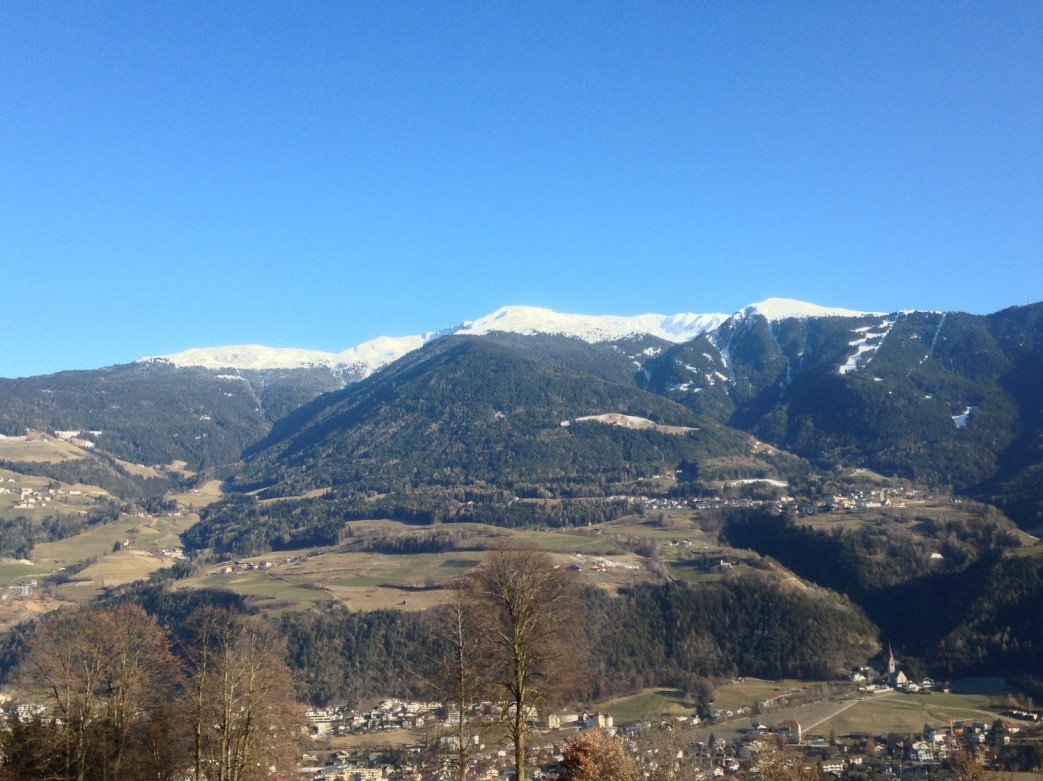 The view from the small village of Pinzagen/Pinzago.

The region itself is rather quaint and beautiful. The ‘capital city’, Bolzano/Bozen has a population of only 100,000, and the second and third largest cities, Merano/Meran and Bressanone/Brixen, have populations of 40,000 and 20,000 respectively. The region therefore has an incredibly rural and laid back feel about it, mostly filled with small valley towns and mountain villages. Once you leave the towns and see the villages in the mountains, it’s a very traditional way of life. Everyone greets everyone they see with ‘Grußgott’ (greetings to God), and there is a feeling of solidarity about maintaining the traditional way of life, with a large sector of the population involved in alpine agriculture and jobs specific to living in the mountains. 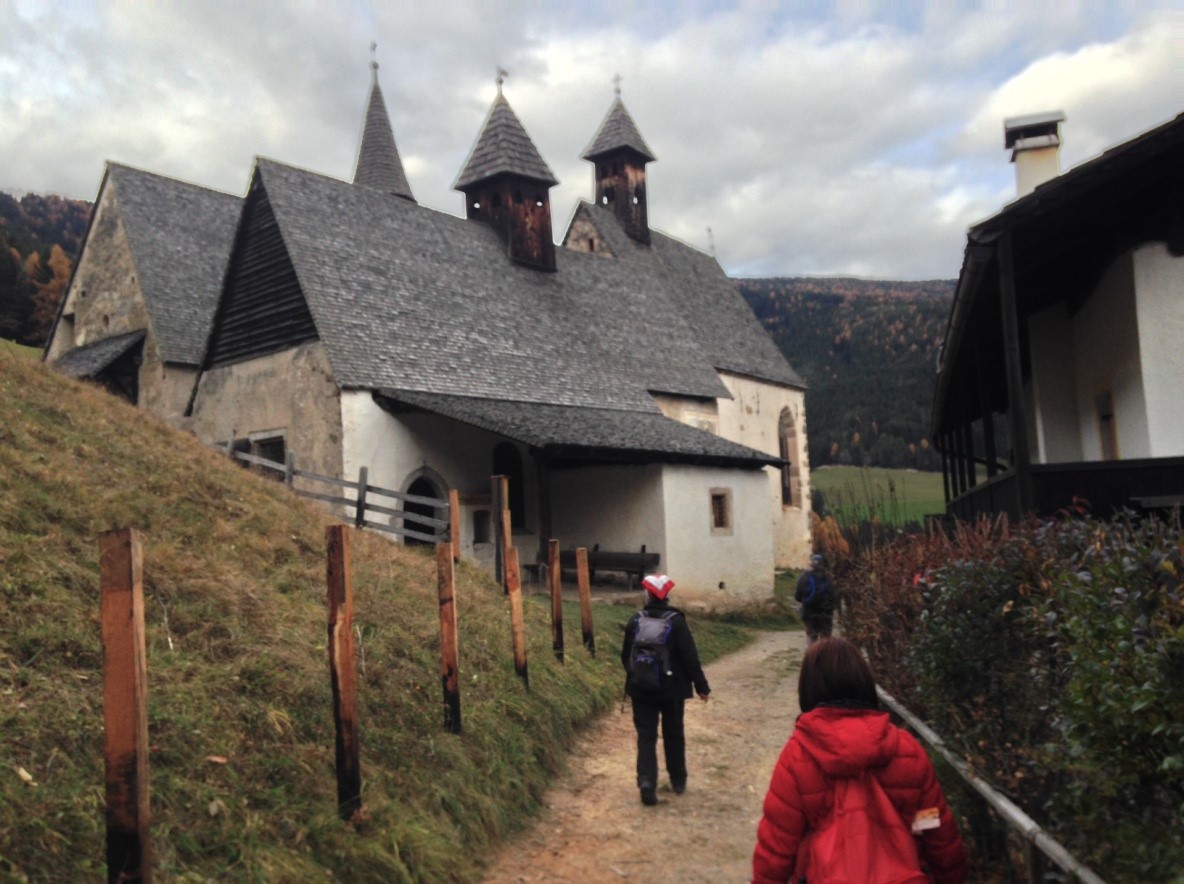 Dreikirchen, three small churches hidden in the mountainside requiring an hour hike from the nearest village.

Aside from the beautiful mountains and valleys, the region is also rich in history. Many of the towns you see today have been established for over a thousand years, boasting a vibrant history. As the traditional borderland between Austria and Italy, it is a frequent sight to see castles perched high up on the mountainside in defensive positions overlooking the entrances to the valleys, while valley forts also start to appear in the 19th Century to protect the passes into Austria. It is not uncommon to come across hidden gems in the mountains while on a hike. Historical trails often reveal old ruins, or more modern remnants such as World War Two shooting ranges to protect valleys. An old complex of three small churches, adjoining but separate, in an idyllic setting with a wonderful view is the reward for an hour’s hike from the village of Barbian.

Although the region may seem a little strange to start off with, it never fails to surprise and is without a doubt one of the most beautiful places I have ever known, fully deserving of its status as a UNESCO world heritage site.