I sometimes think that what is really, truly beautiful is fleeting; indeed, it is this very transience that makes it so achingly lovely.

That cannot be held true for Paris. Its great architectures of stone are not transient: countless eyes have gazed upon them over countless years; men and women and children from all walks of life have stood here, where we stand now. Above us, the sky is animated with stone-grey and pearly-white clouds that sweep across, indifferent to the city below and its multitudes of people. One moment we find ourselves blinking in bright sunlight; the next – running for cover as the heavens open. Now, after the rain, Paris shimmers at our feet, too; reflected in the luminous streets, intangible. 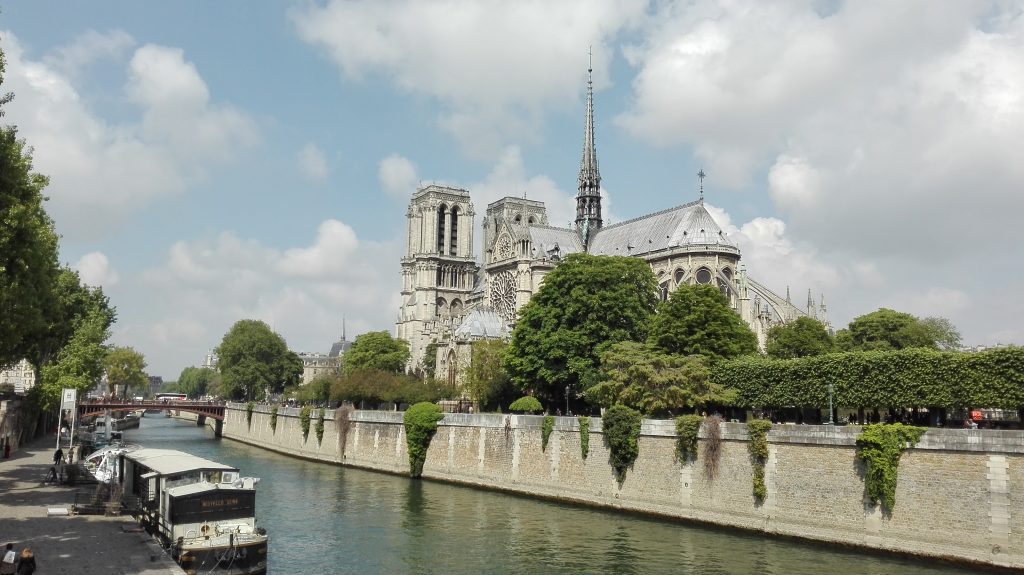 On the first evening, walking along the river embankment with a friend, I tried to reconcile the city surrounding me with the city I thought I knew – the city I had encountered already in words and pictures. Where was the revolutionary spirit of Les Misérables or the mystery of The Da Vinci Code? No fictional tale, no matter how convincing, is quite like the real thing, however. Not even memory can do justice to it: now, looking back, the reality of Paris is already fragmented by the imperfection of memory – and even that reality wasn’t (quite) perfect. 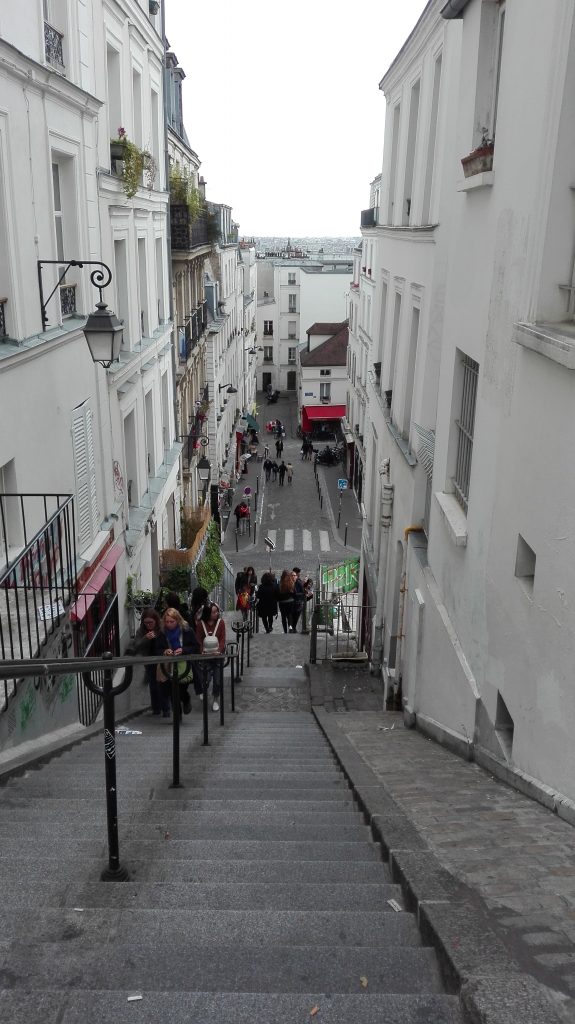 Paris: a maze of city streets

On that first evening, we left the river behind and made our way through the maze of city streets. Pausing at a cafe, I sat down outside while my friend went inside for a moment. The sun was setting and was casting its last, golden rays on the roofs across from me – but the stranger who stopped in front of me was already in dusty shadow. His French was broken and he had a limp, which he tried to mask by leaning on the table beside me. I regarded him cautiously.

‘Excusez-moi, mademoiselle,’ he said. ‘I have lost a… What is the word? When you have to do something because you lose.’ I looked at him blankly. ‘A bet, yes, I have lost a bet. And now I must kiss you.’

Paris, the city of romance.

‘You don’t find me attractive?’ he asked, astonished, when I refused his kiss. ‘But I lost the bet, you see…’ He leant towards me, clearly determined to keep his word, and I had to push him away. Shaking his head, he limped on: ‘It was just a joke, mademoiselle, just a joke.’

But the sun had set, and I was relieved when my friend reappeared.

Later, on the metro, as we returned from the opera, we were met with a request of a different kind.

It was a monotonous chant, the same words repeated over and over as the speaker walked up and down the carriage. She was tall, and would have been a strong woman, but her clothes hung loosely from her and her eyes were glazed, looking over the heads of the people she was addressing. Hoping? It was hard to tell.

And then we emerged from the metro, and were met once again with the beauty for which Paris is so well known. 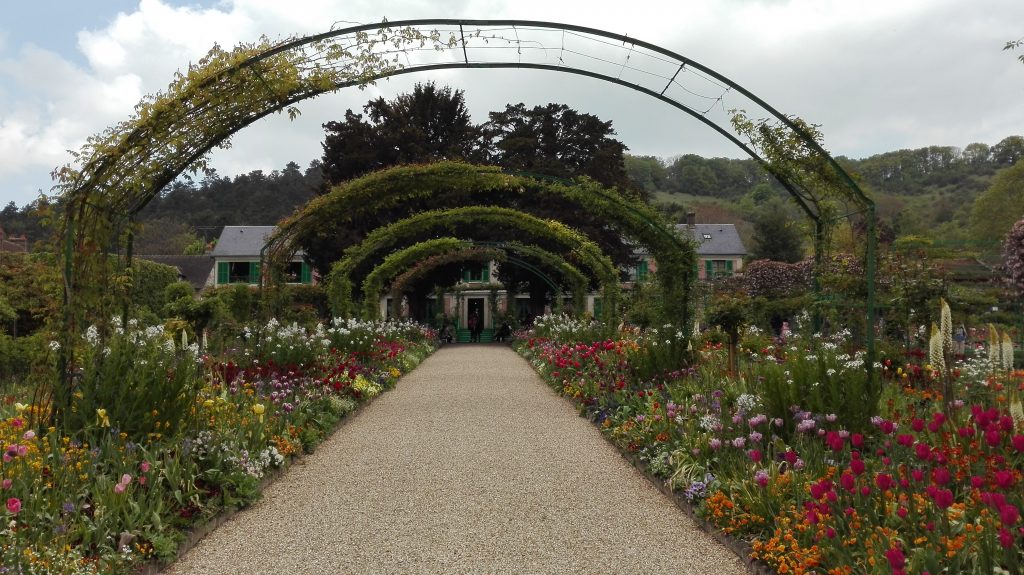