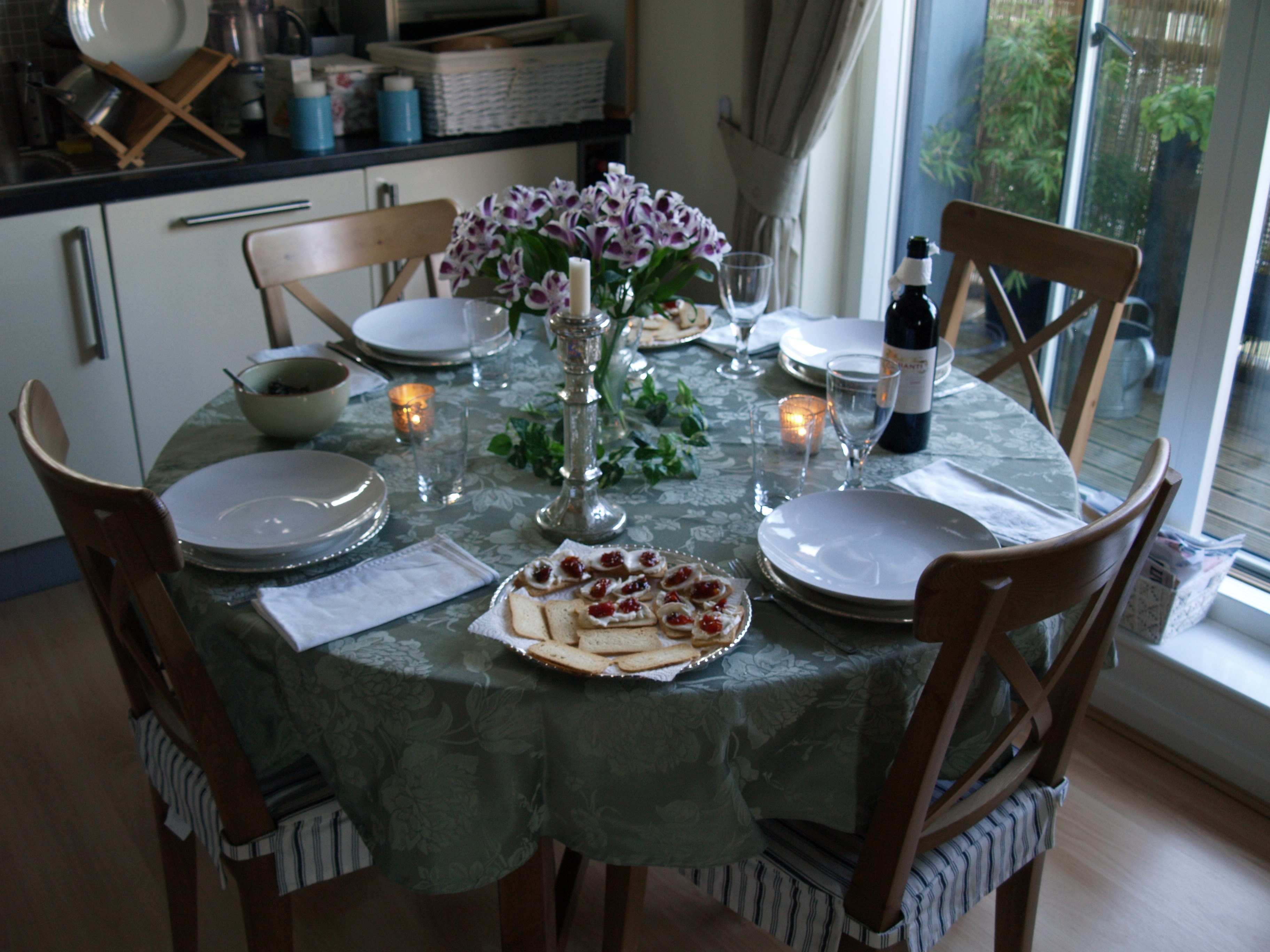 What does one wear, bring and say at a Parisian dinner party?

Recently I was invited to a Parisian dinner party. Despite being separated by a mere twenty miles, the differences between France and the UK can be staggering. During my year abroad of working in Paris, I had the chance to explore some of these cultural nuances when I received a dinner party invitation from one of my bosses’ friends.

I had already been to one of her famous dinner parties, so I knew how carelessly chic the evening would be. The rapidly approaching dinner party posed two major questions: what to wear, and what to bring. Luckily, my bosses had leant me a book, French or Foe by Polly Platt, which has become key in my understanding of the French, and has a wonderful section on Parisian dinner parties.

I quickly referred to this. The issue of what to wear was mildly tricky, mainly because I would have to wear whatever I wore to work in the morning. French or Foe recommends having ‘the right touch of elegance, not show’. This normally means black, and I managed to find a dress which was good enough.

The latter question, however, was particularly baffling. Bearing in mind I had already taken some smart chocolates to the previous dinner party, I thought wine would be a good offering of gratitude. Oh non non non, I soon discovered from French or Foe. If you bring wine to a dinner party, it is considered an insult to the host, as it looks as though you think their wine choice isn’t good enough. So no wine. 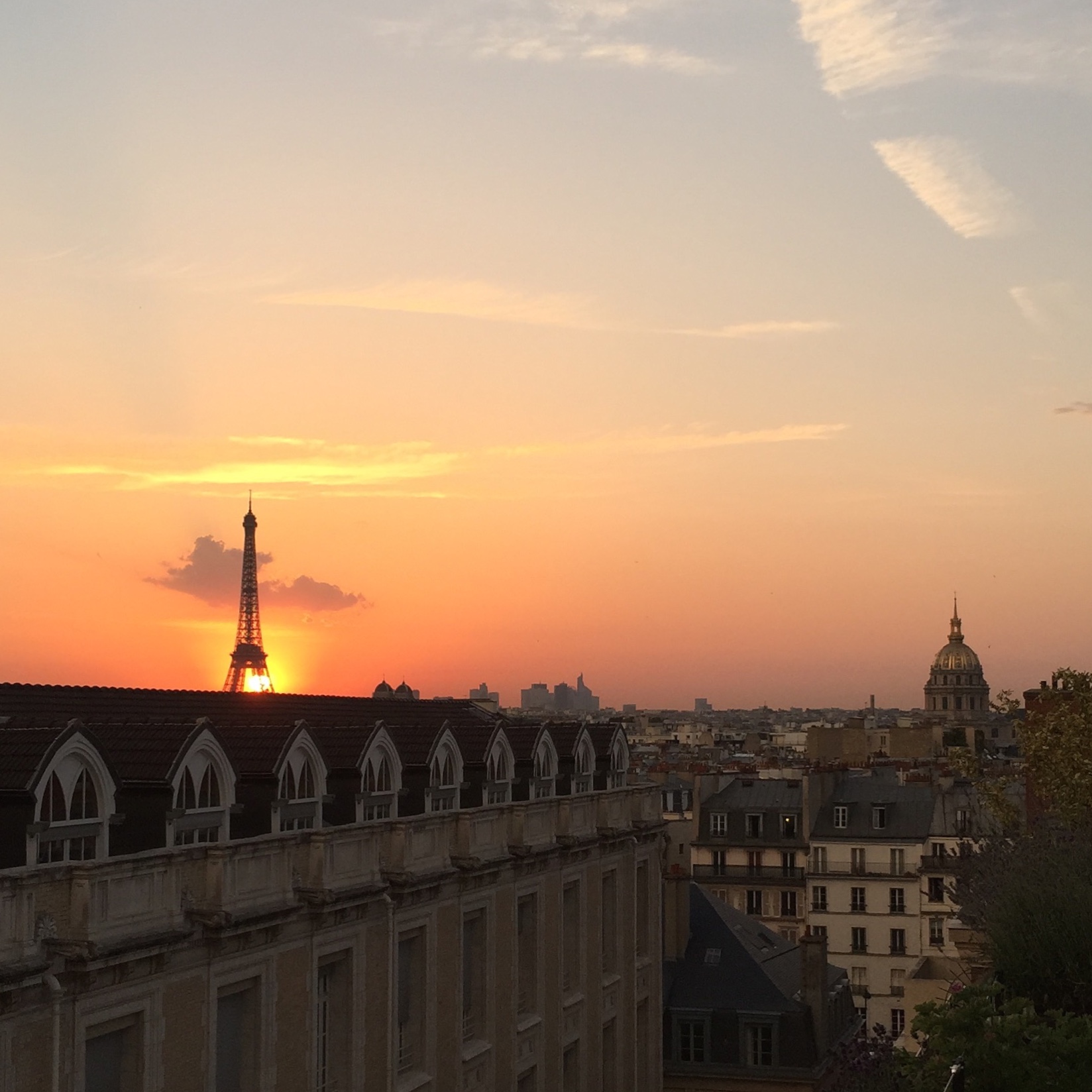 Poppy’s view of the elegant city from her first dinner party.

French or Foe discusses the complications in bringing flowers, as they are seen as a nuisance to the hostess, who will have to excuse herself to go and arrange them. Understandable. So no flowers. The book then concludes rather ambiguously, seeming to favour chocolates above anything else. But I had already taken chocolates to the previous dinner party, so what should I do? Faced with a blank list of ideas, I asked my mum. She suggested taking a candle. Normally mum is full of great ideas, but this one wasn’t convincing. Wouldn’t turning up to my dinner party with a candle be ‘a bit weird’, I wondered.

Fortunately, I was going to Italy the weekend before the dinner party. Perfecto, I’ll find something in Tuscany. But before I knew it, the weekend had flown by and I was at Pisa airport duty free about to fly back to Paris empty handed. Looking around, I spotted a leaning-tower-of-Pisa-shaped bottle of limoncello. Amusing, but a bit naff, and severely lacking Parisian chic. Perhaps some biscotti? But would that be the equivalent of bringing digestive biscuits along to a dinner party? Non to that idea. I could hear my gate being called. Bottles of wine surrounded me, so I thought enuf iz enuf, I’m going to get her some Italian wine. I will explain my host that I don’t mean to be rude, it’s not to replace the wine that she has already chosen for the evening – I brought it because I was in Tuscany and since she speaks Italian, she must like Italy! Voilà.

Back in Paris, I checked this through with my Parisian housemate. The predicament briefly stumped her, but she eventually agreed that the wine would be fine if I explained that it wasn’t to be drunk that evening. Problem solved.

She then warned me about the quart d’heure parisien, the Parisian quarter of an hour rule. When invited to a dinner party for eight o’clock, it is not particularly polite to turn up at eight. You should turn up at quarter past, so that the host has some time to organise herself. This is natural for French people, who run on a slightly slower time scheme than the Brits; nowhere near Italian timing, but definitely not punctual. 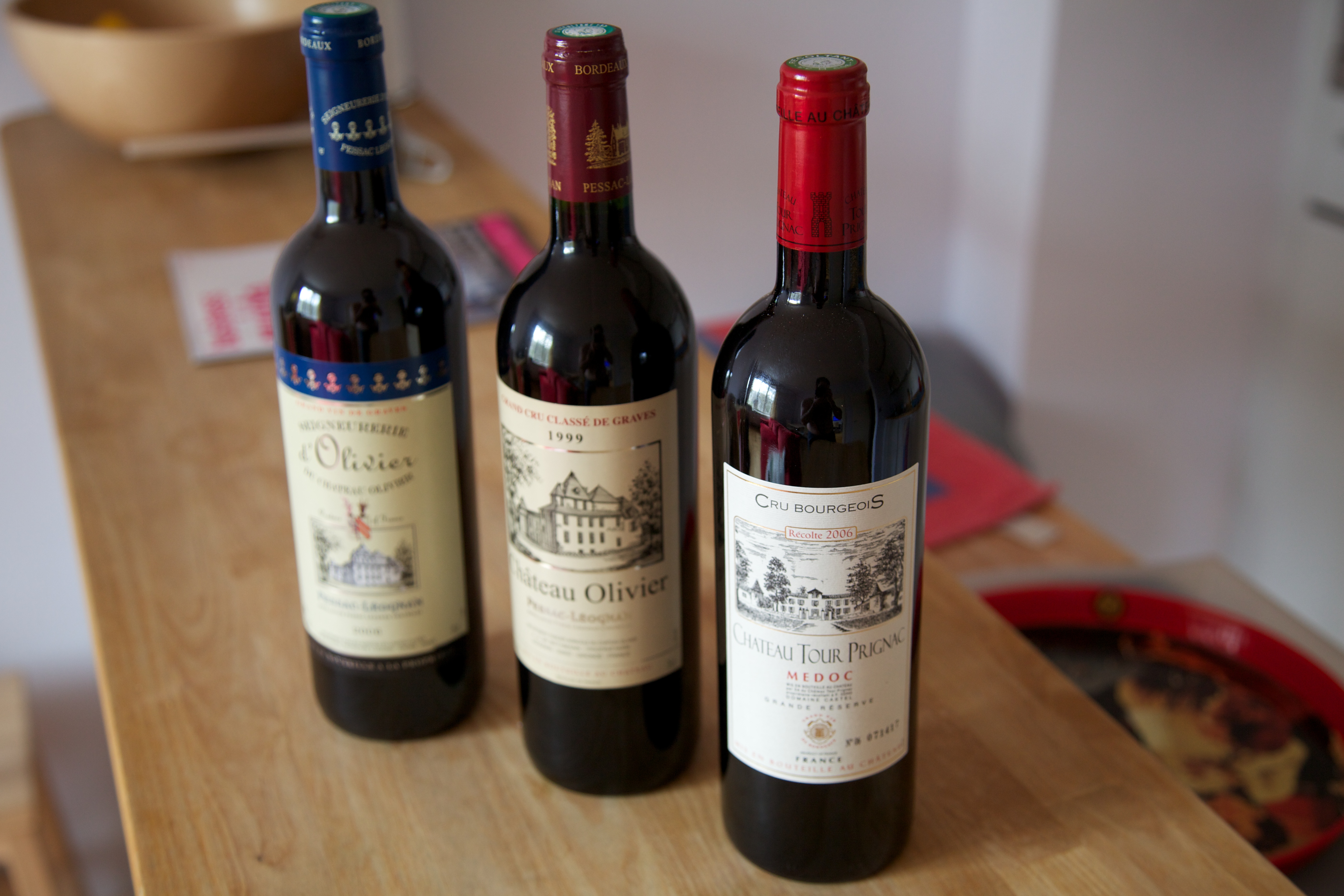 Bringing wine as a gift? Think again – it can be insulting to the host.

So I’ve got my dark dress, an Italian bottle of wine and an explanation for it; and I’m turning up at quarter past eight. Doable.

But one last obstacle. From reading French or Foe’s chapter on dinner parties and speaking with French friends, I discovered the problem, among many, of what to say during introductions. Or rather, what not to say. Whereas I would say in English ‘I’m Poppy’, or ‘Je suis Poppy’, a French friend commented on how funny it is that the English add in ‘I am’, Apparently just stating your name in French suffices.

Furthermore, whereas we would say in English, ‘nice to meet you’, saying the French equivalent, ‘enchanté’, is seen as ‘mal élevé’ – poorly mannered. I found this one hard to believe, as I have heard this said so many times. But when I checked with my bosses, they confirmed that the very well brought up French wouldn’t say ‘enchanté’, reason being if they had only just met you, how could they be sure that it was ‘enchanting’? I rolled my eyes. So stand-offish. And just SO French. But they were right – when I arrived at the dinner party, I listened out for anyone who might greet me with ‘enchanté’, and no one did. So what on earth do you say, to fill the silence after the brief exchange of names? Nothing, apparently. Say ‘bonsoir’ if you really can’t bear it, my boss advised me.

And thus I survived (and actually very much enjoyed) the French dinner party. A moment of silence isn’t as uncomfortable for the French as it is for us Brits, and they don’t have a problem with being direct.