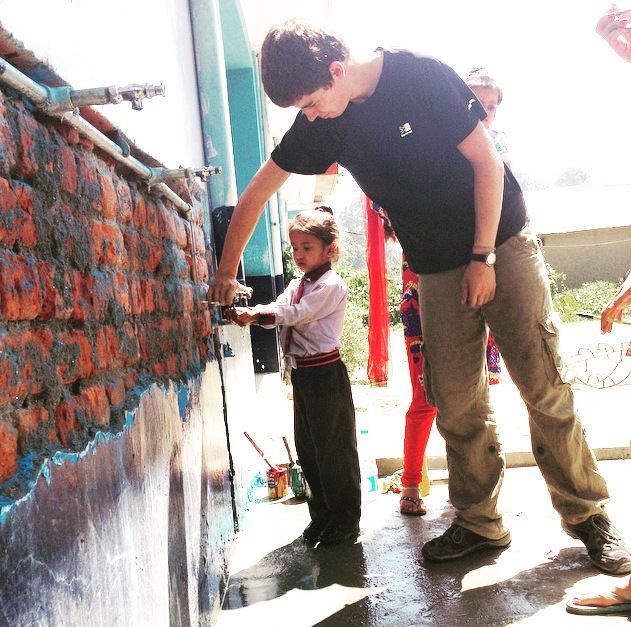 The Bubble sat down with Joey Wynne, leader of this year’s DUCK Borneo expedition. He will be bringing ten volunteers to the island of Borneo in South East Asia for six weeks on animal conservation projects. Last year Joey spent six weeks with DUCK’s expedition to Himachal Pradesh in northern India, building a water tank for a school in the village of Palampur. He spoke to us about why charity matters, the hardest parts about being a leader and what he enjoys most about volunteering.

Tell us about your expedition to India.

It was pretty much the best thing I’ve ever done. When we arrived the students had to either go without water or get it from outside the school. When we finished the tank they had a year’s worth of water storage. The water tank served 240 pupils and any of the local community who wanted to use it. The highlights of the trip were interacting with the kids, seeing them use the water tank and know from their faces that our work made a difference. Their parents couldn’t believe students from the other side of the world were concerned enough to help out. From the shock on their faces maybe we had changed their perceptions about students.

You changed their perception of westerners?

Yeah, our group was mainly comprised of girls. The water tank required digging a 9×9 foot hole. On the first day they told us you’ll never manage by yourselves and asked how many workers we needed to hire. But we dug it ourselves. It felt good knowing they recognized how much work we were willing to put in.

For the water tank – one and a half weeks of hard work.

Why should people should join DUCK expeditions?

It’s a great way to get involved in charity because it is fun and provides the motivation people need – they need to see exactly where their money goes. Seeing people live in different situations from yourself makes you appreciate what you’ve got and what you can give. A participant sharing on social media raises much needed publicity for these charities. It’s also a good pathway for getting into a NGO career in the future. Expeditions are more personal than just donating. You get to make connections with the people you help – I’m still in touch with the principal of the school from India.

Why did you choose to lead the expedition?

From my experiences – they’ve been the best times I’ve ever had – I definitely want to involve myself more with charity, maybe even as a career path for the future. Seeing how charities and expeditions are run is good experience.

Why Borneo and what’s the plan for it?

It’s from being involved in community projects in the past, and I think (slightly childishly) watching David Attenborough. People overlook animals even though their decreasing numbers are a direct consequence of our actions. We’re doing conservation work on orangutans and sea turtles, which helps the species and the surrounding communities. We’re helping with photo identification of turtles to work out where they feed and breed. Then we’ll fly to Borneo to visit two orangutan sanctuaries. We’ll do maintenance and construction, such as making platforms and fire breaks. Recently there’s been a massive forest fire, so it’s a key task. We’ll also be helping out at an orangutan nursery, teaching orphaned orangutans what they need to survive in the wild before releasing them.

Joey and his team will be visiting two orangutan sanctuaries.

What would you say was the biggest challenge of bring an expedition leader?

People management. Recruiting people has been tough because DUCK fundraising is a serious commitment; otherwise I’m not sure what people’s reasons are. I’ve spoken to 30–40 people in the last month trying to fill five spaces. Its been difficult. Trying to organize people from halfway across the world is difficult. When you sign up you think it’s a great task but within the first couple of weeks I truly realized how difficult it would be. It’s also a challenge to make sure people know exactly what they’re doing. I need to give as many fundraising tips as possible. I don’t want people to say in three months that I’m really struggling to raise money. Some people stress out about it so much that they drop out. You have to reassure them as that it’s possible.

What motivated you to undertake charity work?

This will be my third expedition. I went on my first expedition because I liked travelling. But from that I saw how charity work can have real impact on people. In India, my second expedition, I saw the [local] people’s reactions, which made me think charity work is worthwhile, as well as a great way to travel the world. Expeditions are not the best way to fundraise because of travel costs, but the deciding factor in motivating a student to fundraise is seeing the impact of charity work first hand, because then students get a little out of it. That was what motivated me to fundraise before I ever went on an expedition. Otherwise they just wouldn’t raise £1000. 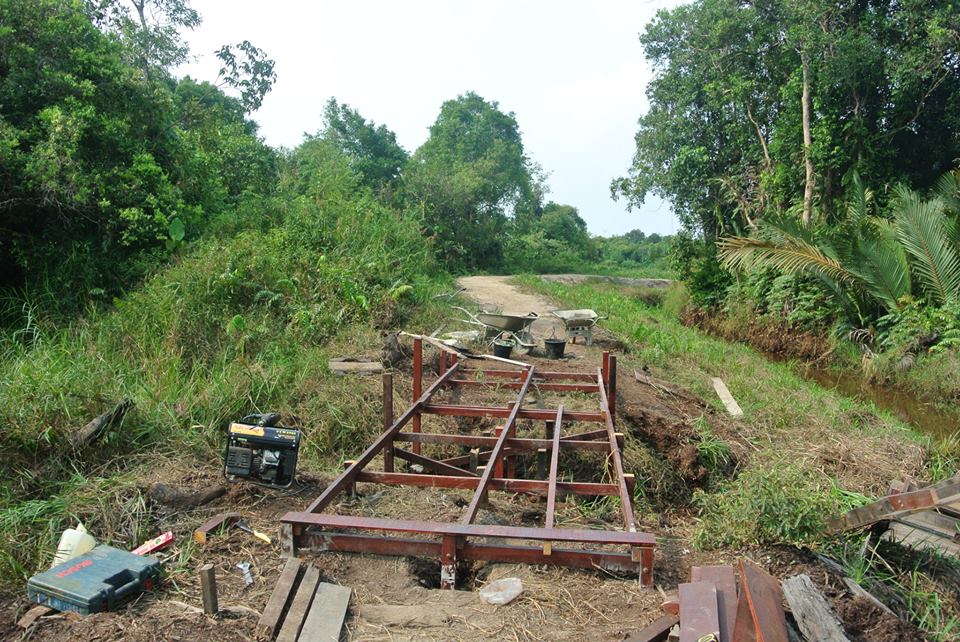 How about people who question whether volunteerism actually makes a difference? I know you get to experience it for yourself, but wouldn’t it be better to just donate money?

I completely see your point. Expeditions are not the most effective fundraising strategy; I wholeheartedly admit that one. Some people would shred me apart for leading an expedition and fundraising for flights. But I strongly disagree with anyone who calls expeditions holidays. In India we worked in the school from 9:30am to 4 or 5pm. It was exhausting. There are definitely some companies that exploit volunteering. Sometimes with big companies the project is set up just to bring people in. But through selecting charities, India was really a worthwhile project. DUCK also tackles this problem by having feedback. From this I know last year’s expedition did make a difference. A lot of people go through their lives without donating a single penny. They’ll watch all these appeals on TV but that’s the closest they’ll ever get to charity; whereas our expedition last year raised £150,000 of donations.

What proportion of your funds are spent on charity and covering the cost of the trip?

Direct donation [to charity] is always £1000 pounds per participant, which is separate from trip costs. Participants cover the trip cost, which is £2000 this year. It’s DUCK policy that they can fundraise for trip costs as long as they’re totally clear what the money is for. In my appeals for grants I’ve been clear that part of the money will go to flights. I check on my participants to make sure they do this. 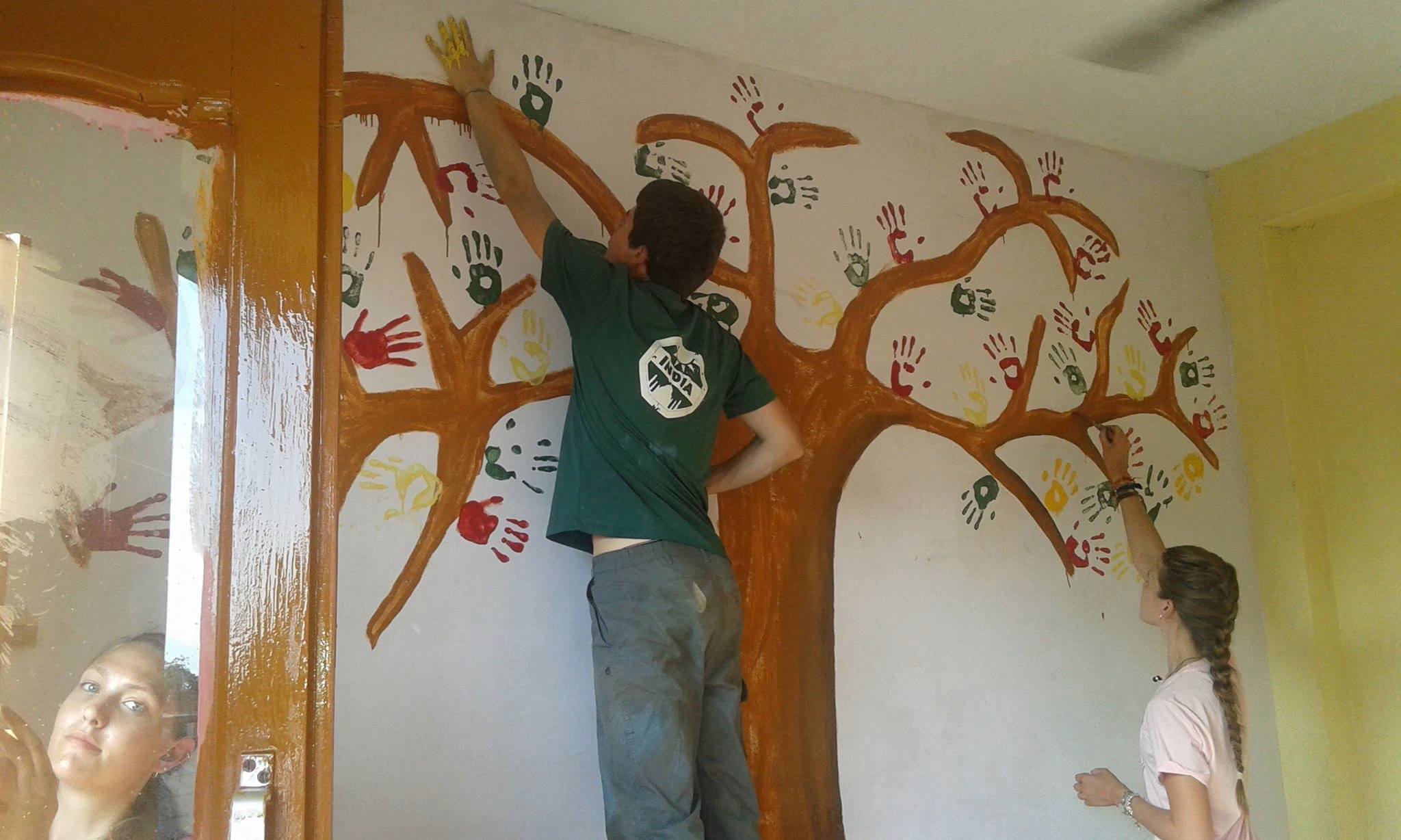 You’ve been saying that fundraising has been quite difficult. What have you been doing to fundraise?

People just do anything they can think of! I’ve always started with grants from college and local organizations with national links. I’ve written to a few Rotary and Lions Clubs. I described the project and after a meeting they sent me a cheque. I’ve also done cake sales; after all typical fundraisers are popular because they work well. I’ve organized a mobile phone collection in my village which raised £400. It’s important to spread the word in your local community. Say what I’m doing, what fundraisers are coming up, and ask for support. Try to get it onto the local paper.

For Borneo I’m planning on biking from coast to coast. I barely cycle, so it’s going to be tough. People get nervous about fundraising because it’s a daunting amount, meaning they have lots of ideas but don’t commit. Committing is the hardest bit, once you’ve done that and have a plan it becomes easier.

It definitely is. But I wouldn’t be doing it if I didn’t think it was worthwhile, both to myself and to the communities we’re helping out.