Navarra and the Delights of Northern Spain 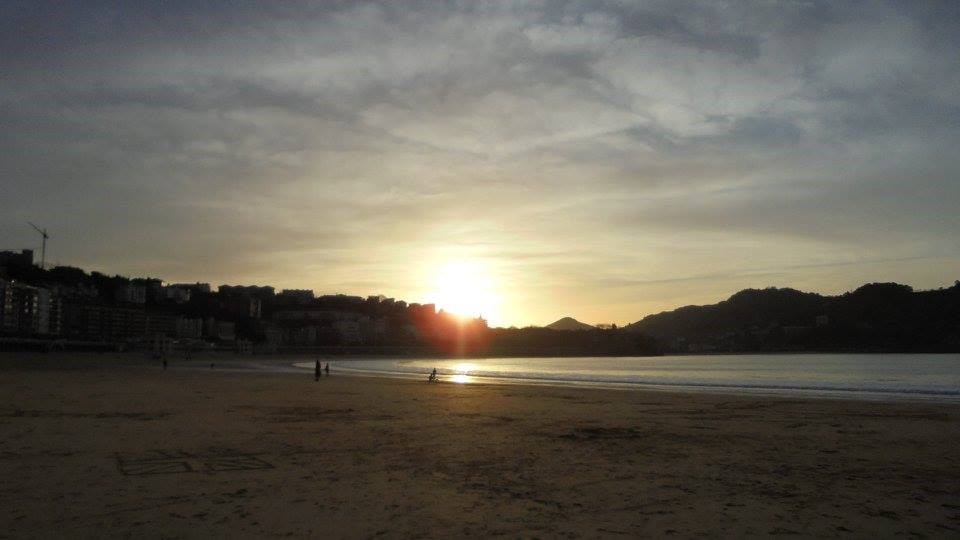 Stunning sunsets in San Sebastián – even in December!

The first holidaymakers from England ventured to Spain, quite understandably, in search of sun, sea, and sand… and not much else. Even though our interests have broadened, our holiday horizons don’t seem to have expanded in the same way. If we’re looking for a more cultural getaway, Spain is often a write-off. Save Barcelona and Madrid, it is largely known by foreigners as a haven for cheap sangria and scandalous Magaluf parties.

Speaking as someone who has been living here for almost 6 months now, northern Spain presents a completely different story, whilst still offering the sun and sand part of that Iberian dream. In fact, some of the most beautiful beaches in Spain can be found in the North. San Sebastián and Santander are two of the best kept secrets. Santander with its woodland coastline provides spectacular views of the Cantabrian capital. As for San Sebastián, its virginal beaches and gastronomic delights speak for themselves. The city is a hive of cultural activity all year round; a far cry from many southern destinations which become ghost-towns outside of the overcrowded sweltering summers. And don’t just take it from me; this year the city earned itself the grand title of European Capital of Culture. 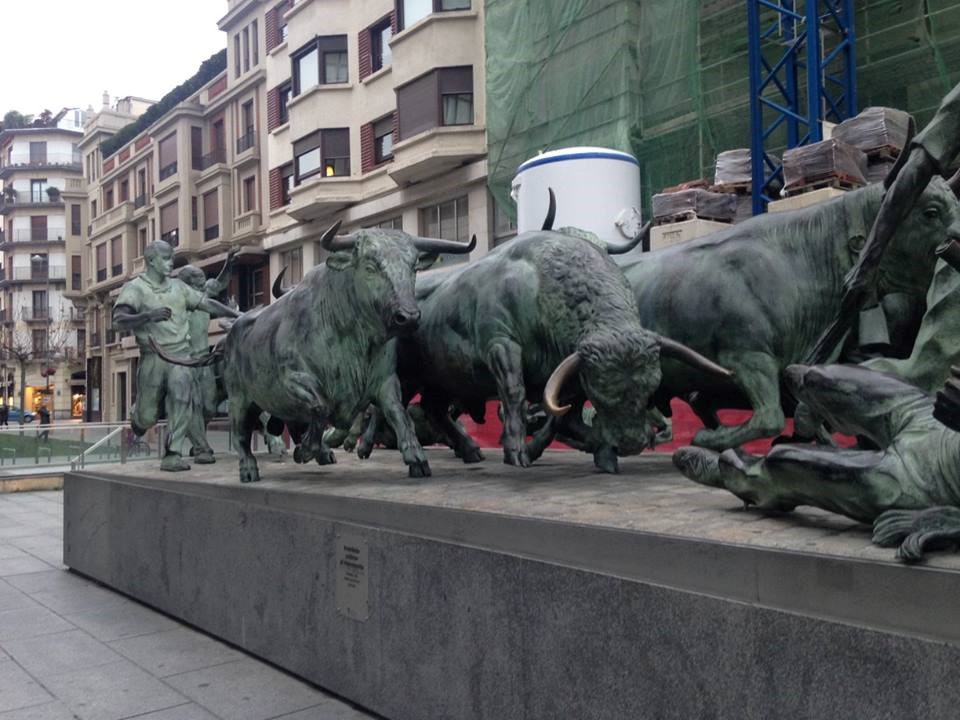 ‘El encierro’ in the centre of Pamplona which commemorates its famous bull runnings.

To the South lies the capital of Navarra, the home of bullfighting, and muse city to Ernest Hemingway, Pamplona. Its well preserved 16th century architecture frames the city’s strong historical identity. Whether it’s a stroll through the star-shaped Ciudadela, retracing the steps of the bull runnings of San Fermínes past, or simply sampling a pincho in the afternoon sun in La Plaza del Castillo, Pamplona is an underrated location for an unforgettable city break.

However, if modernity is more your style, you’re one simple train journey away from Zaragoza, the vibrant capital of Aragón. Its numerous universities give the city a truly youthful vibe, and when night falls the bars and clubs which scatter from the centre outward are buzzing with party-goers enjoying a few cubatas (spirit and mixers served in a huge bowl-cum-wineglass). Yet nightlife is hardly its main feature; Zaragoza is more famed for its Basilica; its turquoise turrets and mosaic roofs become an orientation point around the city.

A Charlie and the Chocolate Factory-esque glass elevator ride takes you to the top of the Basilica. The impressive panoramic view from this vantage point allows you to follow the route of the Ebro river as it winds its way through the city. 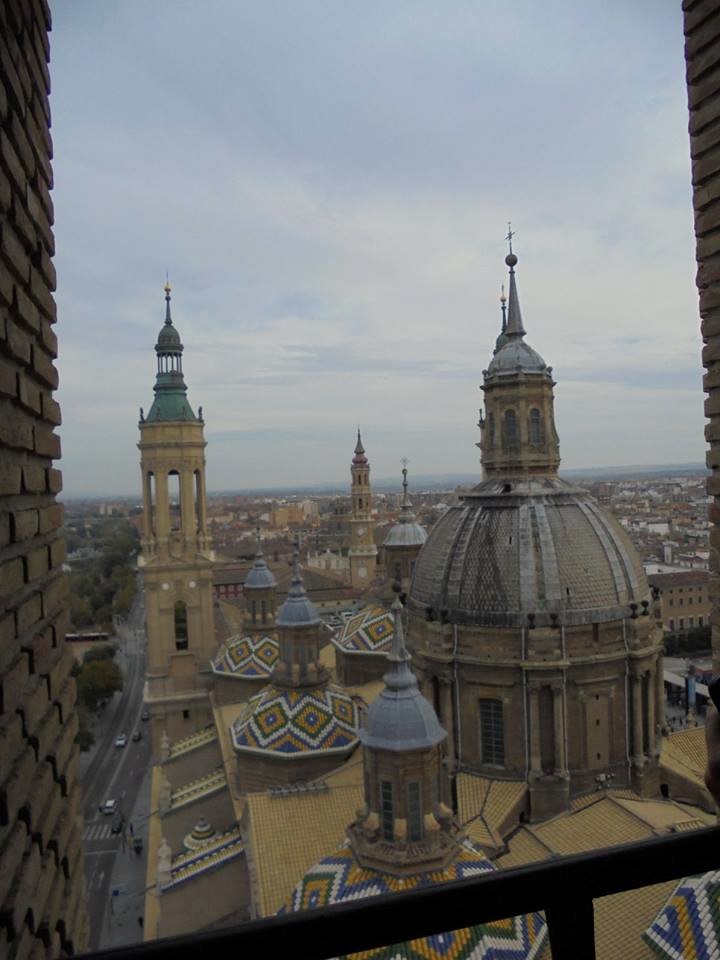 Scaling the heights of Zaragoza’s Basilica.

If you head one-hour north of the same river, you’ll end up roughly halfway between Zaragoza and Aragón, in the smaller-scaled Tudela. Upon first glance, the most eye-catching characteristic of La Ribera’s agricultural capital is its bulbous cathedral tower, nestled between the two counterpoint statues of Mary and Jesus either side of the city. On ground level you find narrow cobbled streets around the more Basque area of Plaza Vieja, where you can grab a croqueta and a local cider, proudly poured out of its original barrel. This is in contrast to the main square, Plaza de los Fueros, often referred to by the locals as Plaza Nueva. A great meeting spot and a sun trap, just off the lively Avenida Zaragoza full of coffee stops, bars and shops. However, Tudela’s biggest advantage is its location; close enough to Pamplona and Zaragoza for a day trip, but also the kind of place where it’s easy enough to find yourself up a mountain, lost between the pines of dusty woodland, or on a long ramble sandwiched between the river and lush farmland – all within walking distance from the city centre. 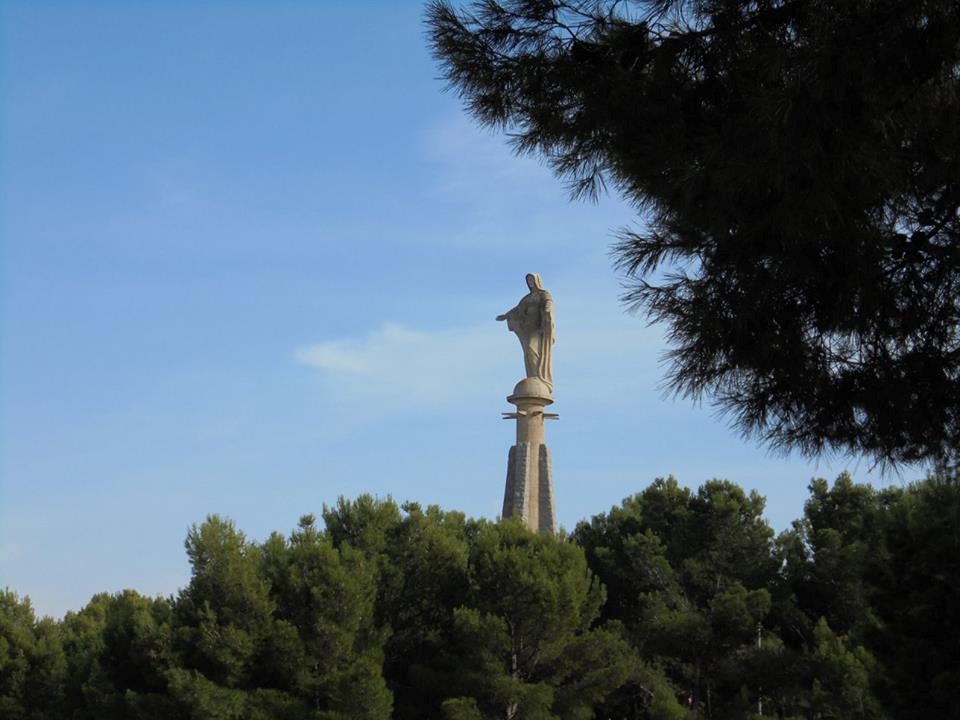 You might not find paella all the way up here, but neither do you find an onslaught of expat pubs conquering former fishing villages. You might not find the highest temperatures in this part of the country, but neither do you see the high-rise resorts. What you are guaranteed to find, however, is an authentic and distinctly flavoured Spanish experience, any time of year.