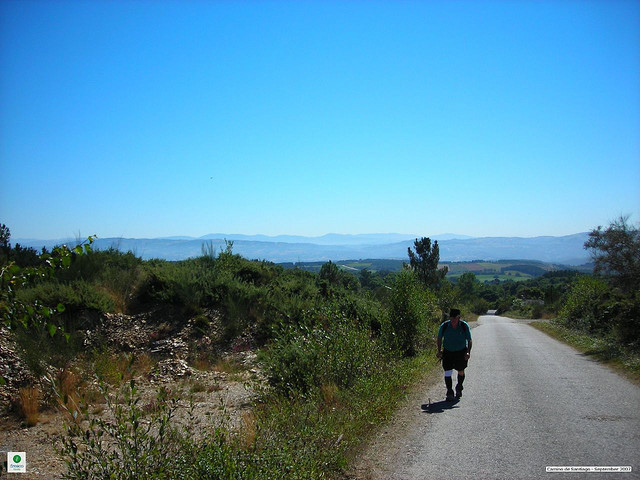 This piece is not a diary of my experiences on the road. Instead, it is intended to be an objective description of the Camino itself and what it can offer, elucidated through, and coloured by my own experience; a description that I hope will inspire the reader to undertake the journey themselves.

The Camino de Santiago is a centuries-old Catholic pilgrimage to the cathedral in Santiago de Compostela in Galicia, Spain, where the bones of Saint James are said to be buried. Pilgrims old and young from all over Europe abandoned their homes’ and their livelihoods’ to walk the long and dangerous road, walking almost the same routes that exist today. Nowadays people from every background walk the Camino; it is not necessary to be a Catholic, and indeed many if not most of the people on the road are not. Their motivations are many and varied. Some of the people I met had specific reasons for their pilgrimage, both spiritual and personal; and others, like me, could not really say why they were there, only that they wanted to learn more about themselves and the world. Whoever is seriously inspired to walk the Camino, doubtless has the motivation within them to get through the challenges they will face along the way.

The Camino is a challenge, without a doubt, but it is not an insurmountable challenge. Pilgrims old and young, strong and weak, sick and healthy succeed today just as they have for centuries. A young person, even an unfit young person, will find that with willpower and motivation they will get through the pain and find the rhythm of the road. After a while, a steep hill that would have caused them to despair at the start of their pilgrimage becomes a simple challenge to be surmounted with a smile, a song and a light heart. The simple act of walking becomes an art; you will learn to avoid roads and hard surfaces and to rejoice at the sight of well-trodden paths. You will develop an almost supernatural ability to spot the yellow arrows that mark the route, and of course become much hardier. You will also learn to appreciate your humble and hardworking feet like never before!

To walk in as beautiful a country as Spain is a great pleasure. I traversed 600 km of the Camino Norte, a route along the northern coast of Spain, through the Basque country, Cantabria and Asturias. Never having walked a day in my life, I found this figure more than a little intimidating when I saw it, but it sounds more impressive than it actually is; a geriatric could handle 20km in a day. I know this is true because I saw one do so! The sheer beauty of the route is indescribable. I am not a poet, so whatever I say about it will necessarily fall short of the thing itself; the cliffs, the deserted beaches, the roaring sea, the eucalyptus forests, the fishing towns on the coast, the tiny farming villages, the long and beautiful rivers, the warmth of the sun and the clear blue skies – I can assure you that had Wordsworth visited the Bay of Biscay he would never have returned to the Lake District as a subject! The places through which my Camino took me were so beautiful that they were almost otherworldly; when I recollect them they appear in my mind almost as a dream, but one to which I can and will return. This is not hyperbole but an understatement.

The people I met also left a great impression on me. “The magia of the Camino is that you are never alone.” These words were spoken to me by a young Spanish pilgrim who found me lost and hungry late on my third day, in the middle of nowhere, eight kilometres and a hill from the next town. He gave me some of his food and water, led me up the hill and cycled on to tell the owner of the hostel that I was coming. This was the sort of kindness that was commonplace along the Camino; a fellow-feeling among pilgrims and free and unstinting hospitality from the Spanish people themselves, old and young. I felt neither threatened nor endangered during a month of walking through a strange country on my own, nor was I ever met with anything less than real help when I asked for directions, food or water. The pilgrim, who would no doubt be treated as a tramp in England, can expect nothing but kindness and respect in Spain. As for the pilgrims themselves, there is a real camaraderie among them, despite their different backgrounds. During my Camino I met pilgrims, young and old, from places as diverse as Spain, Portugal, France, Italy, Germany, America, Australia, Switzerland and the Netherlands. I was even lucky enough to meet an English cyclist along the way who had been working as a farm labourer in the country for several years. The rarity of meeting an English person walking the Camino made this chance encounter and the ensuing coffee even more of a happy coincidence. Some of the people I met on the Camino were my companions for many days and I will never forget them. That I started out alone in Bilbao with only rudimentary Spanish and am now able to write these words is indicative of the atmosphere that exists on the Camino.

I have not spoken much about the practicalities of the pilgrimage, because these are dealt with in great depth on the internet. What I do hope is that this short article, while it is by no means all it could be – I am no writer, and I would need a book to say everything I would like to about the Camino – has piqued the reader’s interest sufficiently that they will read more about it on the internet. There are many great sources of information about the Camino, some of which I have listed below. If this can be the first step on another’s road to Santiago, the first step on a road that will lead them to the same depth of insight and experience as the Camino gave me, then I feel I have done my duty as someone who walked the way of Saint James and accepted the hospitality and kindness of those who labour to maintain it.

For further information have a look at the following websites:

http://www.santiago-compostela.net – an excellent site with some very relevant information about what it’s like to walk the Camino – with pictures!

http://www.csj.org.uk/ – The Confraternity of Saint James are the English pilgrim’s association – in addition to giving much information to the would-be pilgrim, they also produce very thorough and regularly updated guidebooks for all of the major routes.

http://www.caminodesantiago.me/ – The best English-language forum about the Camino.