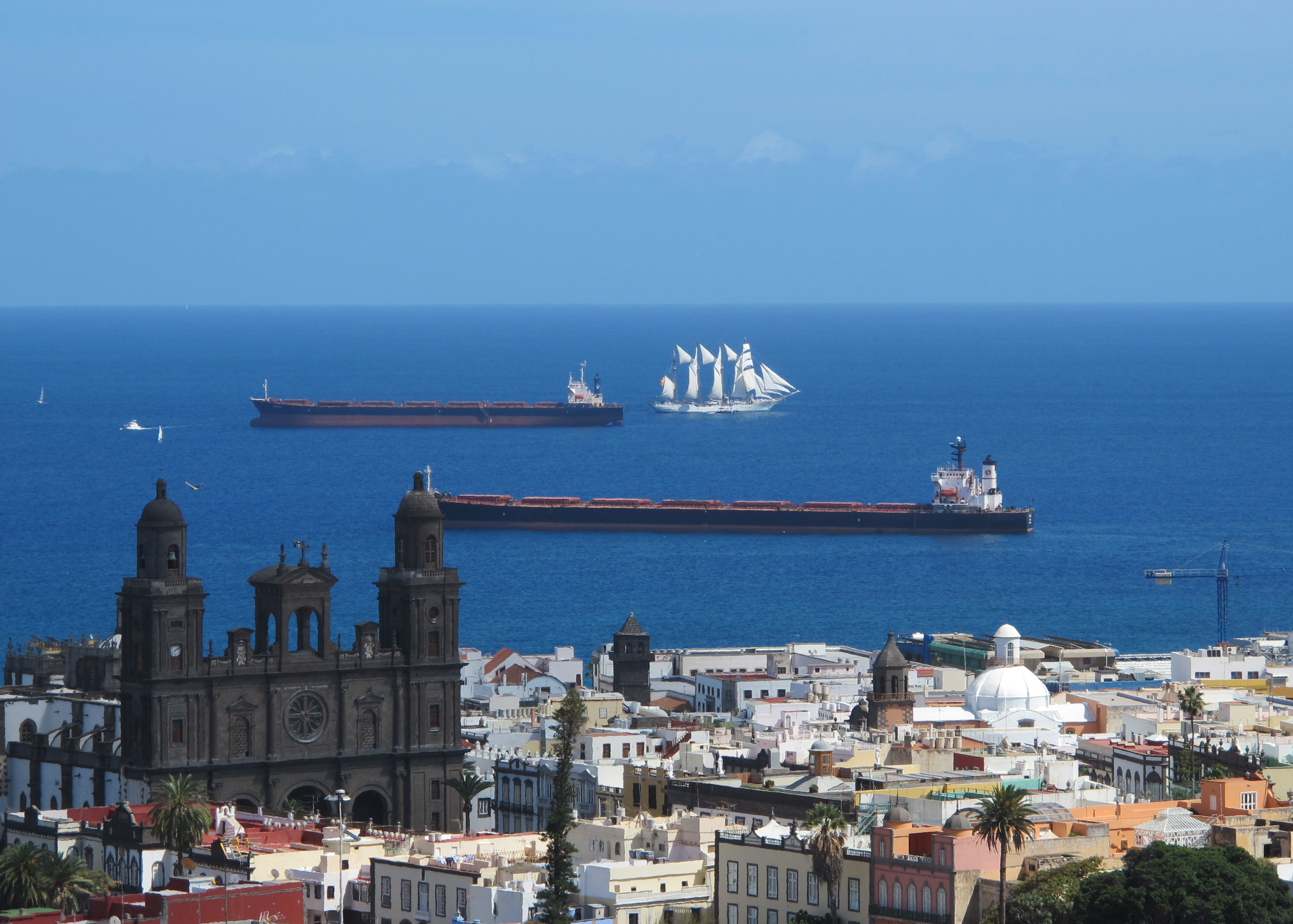 Las Palmas, my home of 4 months and a pleasant alternative to tacky tourist traps.

The Island of Gran Canaria is renowned for its abundance of sun, sea, and drunken foreigners getting sunburnt and making fools of themselves. What most people may not realise when searching for holiday destinations is that, whilst the Southern part of the island does indeed boast a hefty amount of the Irish-themed pubs, Germans in the shortest of shorts, and full English breakfasts, the northern city of Las Palmas offers a pleasant, vomit-free alternative.

Having lived and worked in Las Palmas for 4 months, I would like to share a few/ recommendations tips with the would-be student visitor.

Getting from A to B in GC is extremely straightforward thanks to the efficient bus network. The price of a single ticket at the time of writing is €1.40, which is pretty decent value. It is possible to do even better than this, however, as for €8.50 one can purchase a yellow bus pass, similar to an oyster card, fully loaded with 10 journeys at the main bus station (Parque San Telmo). The card can thereafter be topped up at any time at any other bus station and most convenience stores. Easy. I would also recommend having a glance at the map of bus routes prior to boarding in order to avoid any detours as I once spent an hour and a half on what I thought would be a 10-minute journey, resulting in an unexpected tour of the entire northern part of the island. I’m sure it would have been a very interesting little trip, had it not been three in the morning and pitch dark outside.

Everybody assumes that Year Abroad students have it quite easy and, as my flat was a two-minute walk from the beach, I’m not really in any position to deny this. Las Canteras beach is a truly fantastic drop of sand to visit, but it is often overlooked in favour of more famous Brit-stops such as Playa de Inglés in the South of the island. Las Canteras stretches about five kilometres and has more cafes, ice-cream shops, and restaurants than you can shake a tortilla española at. There are also multiple nick-nack shops for those in dire need of sun-cream, garish beach towels displaying a map of the island or ‘I heart Gran Canaria’ ashtrays.

Five minutes’ walk from Las Canteras is a public park named Parque Santa Catalina. Here there is also a main bus station, but the park is more commonly used at weekends as a gathering point for large groups of students who meet to drink and make Spanish merriment. Anyone who has studied GCSE Spanish will recognise this social phenomenon as a botellón and it is a great way to spend a Saturday night, getting to know other foreign students and sampling the traditional Canarian Arrucas brand rum. 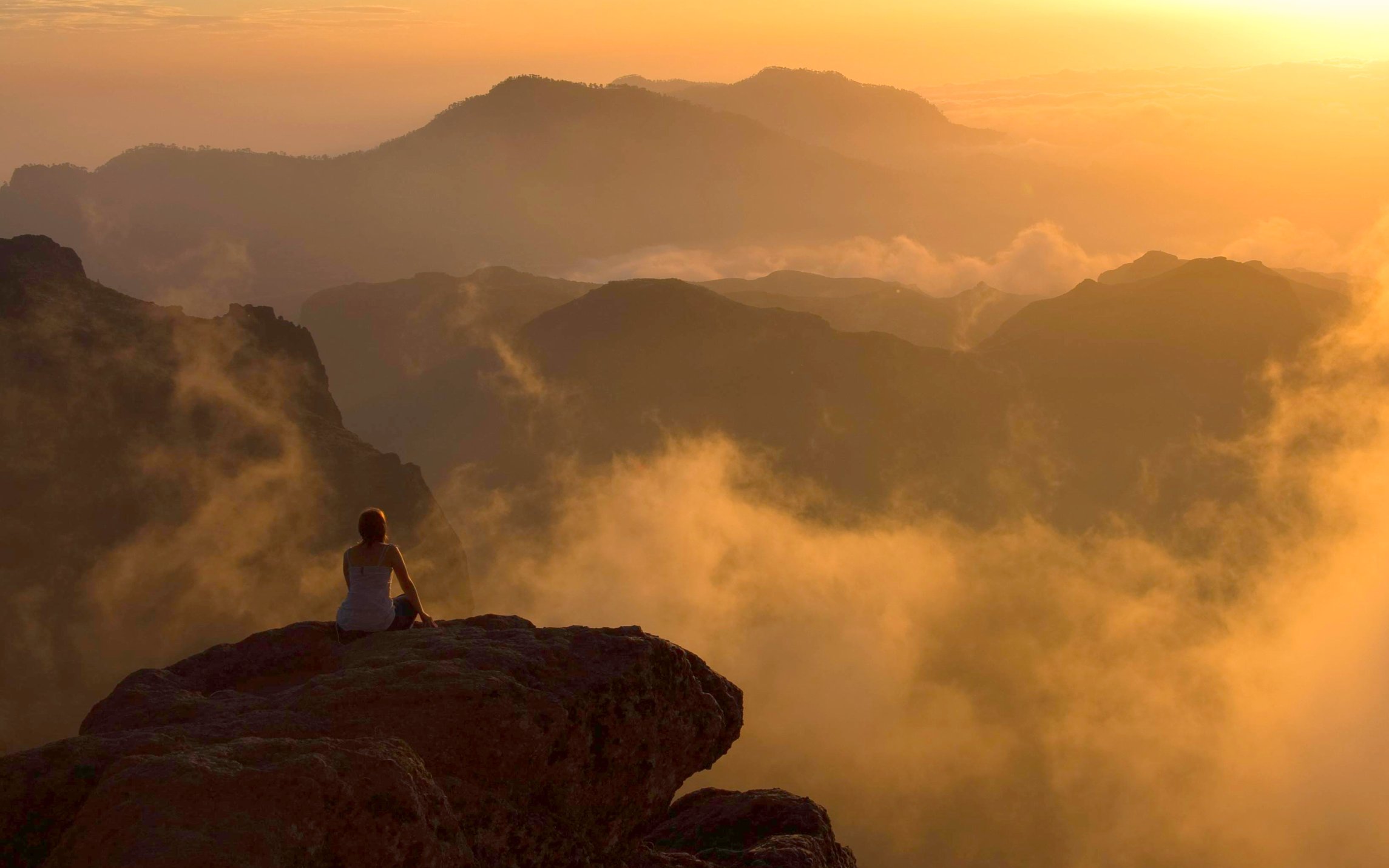 Another popular haunt of the youth population of Gran Canaria is the old town of Vegueta in the Southern part of the city. As well as being really rather pretty during the day time, on Thursday nights Vegueta comes alive with a mixture of Erasmus students, Au-pairs and bohemian gap-yah travellers. They are drawn by the bars offering special Thursday-night deals of drinks and a selection of pinchos. The exact definition of a pincho varies from bar to bar, however if you imagine any sort of tapas on a small piece of bread, then you’re not far off. Most places will do you a beer and a pincho for €2.50. Ideal for the budget-conscious.

Continuing with the theme of low-cost dining, another of my personal favourites is a fast-food outlet called 100 Montaditos. 100 Montaditos specialises in small sandwiches with a selection of fillings as well as other items such as Palomitas de pollo (glorified chicken nuggets) and anillos de cebolla (literally just onion rings.) There are 100 options on the menu, hence the name, and on Wednesdays and Sundays everything is €1. For my office colleagues and I, Montaditos became a Wednesday night tradition; an evening when we could eat cheaply and moan about work. If you ever find yourself in a Montaditos on a Wednesday or Sunday, I recommend numbers 53, 78 and 89.

If you do decide to visit Gran Canaria, inspired perhaps by the power of my words, then I hope some of this information is of use to you. My other very strong recommendations are morning coffee made with condensed milk (strong possibility of inducing type 2 diabetes but totally worth it), a visit to El Roque Nublo in the centre if the island for the incredible views and the Papas arrugadas con Mojo, a traditional Canarian dish, which are basically just wrinkly potatoes in a weird orange sauce. I’m conscious I don’t really sell them very well, but they are an absolute must-try.