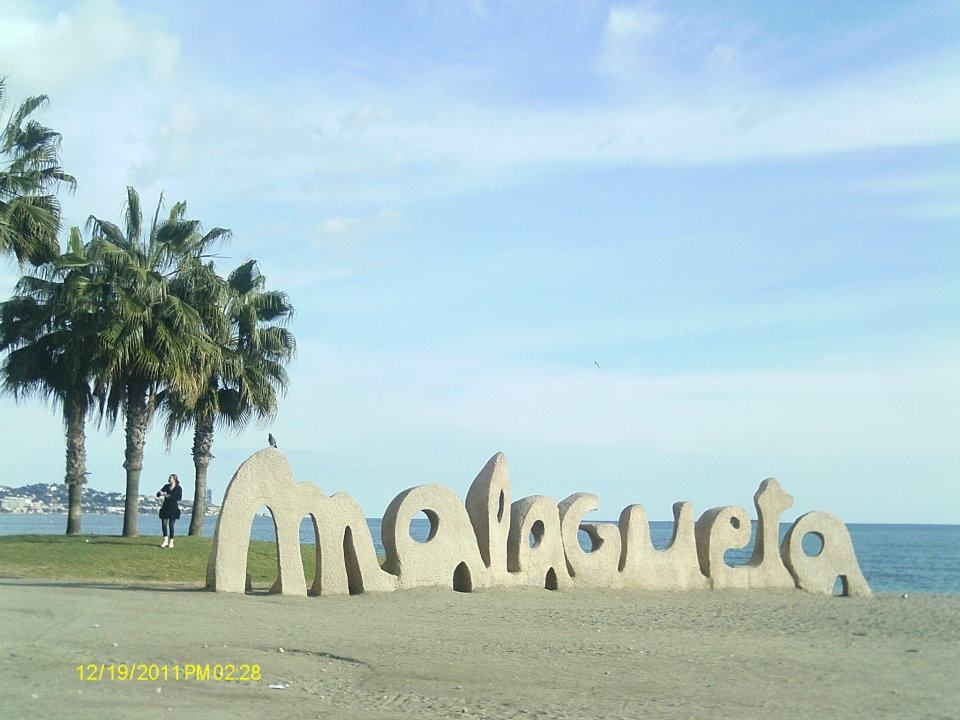 A beautiful view of a Malaga beach

My sister is a PT – a permanent traveller. This is a label that my dad jokingly bestowed upon her because she never settles in one place long enough to become a PR (permanent resident). Keeping track of her whereabouts is a better geography lesson than any I received at school. Her plans for the next three months are a case in point of her amazing lifestyle – she is flying from Australia to Malaysia, onwards to India, back to Malaysia, and then finally to Canada. She almost always goes to places not knowing anyone and comes back with a dozen new friends.

As for me, I am not as courageous as my sister so it took a lot of internal debates to decide to travel on my own. When I told my friends I was going to Spain for the Christmas holidays, they asked the usual questions: Do you know anyone there? Where will you be staying? Who are you travelling with? To be honest, I booked my flight impulsively so I had no accommodation planned. When I said that I was going on my own but did not know where I was staying, one girl from my evening Spanish course became really worried for me and made me promise that I will come back alive.

The original plan was that I find a host family on the Workaway website, that would offer me accommodation and meals in exchange for work before I booked the flights…but things never go according to plan. In the end I managed to find a family in Saragossa that would let me stay for two weeks in exchange for language lessons, which meant that the first ten days I had to find accommodation at a hostel. Due to this, I got two very different, yet equally, exciting experiences.

This article is directed at those who say that travelling on their own is not their thing. It wasn’t my cup of tea either. But travelling alone is so rewarding and interesting – the people you meet and the experiences you have are very different from when you travel with your family or friends. Trust me, I am not the bravest soul in the world but you don’t have to be to travel on your own.

The beautiful thing about going to a place where nobody knows you is that you make the effort to talk to anyone who speaks your language. After landing in Malaga and wandering aimlessly around town I realised that I had not said more than four words in six hours. I saw my opportunity to engage in a conversation when I passed by a woman who looked like a lone-traveller. Usually I would never approach a stranger on the street but I was about to start talking to myself in public so I plucked up the courage to say hello. After a few awkward minutes of explaining my need to talk to someone, we decided to go and have coffee together. Travellers, especially those travelling on their own, are friendly people; they are always willing to have a coffee/drink/meal with you spontaneously. We ended up spending the next two days sightseeing together. By the end of the third day, when she was leaving to catch a flight back to Austria, she gave me her contact address so I could come couch-surfing at her place. Strange to think that I would have never met her if I was travelling with a friend.

I am a worrywart – I am the kind of person who has to check five times that the door is locked at night and then sneak downstairs in the middle of the night to check again. So when I decided to stay at a hostel I was worried about everything from how to keep my stuff safe to sharing bathrooms. So I understand people having concerns about staying in a hostel on your own but it honestly is the best way to meet fun and interesting people from all over the world. I met so many people who inspired me despite the brevity of the encounters.

The travellers who were staying at the hostel varied from those who stayed for one night just to catch a flight from Malaga, those that stayed for a few days then left for a different city, and those like me staying for a week or longer. It was nice that those who were staying longer naturally started spending more time together. My plan was to stay in Malaga for ten days before catching the bus for Saragossa; but again, things never go according to plan. I met a very inspiring woman in her early thirties who convinced me to follow her to Granada. Then another friend followed me so we had a mini reunion in Granada. It felt like we had all known each other for a long time. In fact, some travellers we met in Granada assumed that we were all travelling together from the beginning.

Staying with a host family in Saragossa was a completely different experience. In Malaga and Granada I wasn’t speaking too much Spanish because the friends I made at the hostel were English-speaking travellers. With my host family I was forced to speak Spanish as they didn’t speak much English at all. Ironically enough I went out a lot more when I was with my host family than when I was with people closer to my age at the hostel. The Spanish really do know how to party! It was normal to have dinner at eleven in the evening and start the night out around one then come home around six in the morning. It was definitely different from going out with my friends in Durham and also different from going out with the friends I made at the hostel.

I wasn’t just partying in Saragossa of course (hi, mum). I gave English lessons to my host, helped clean the house, and looked after their toddler. My Spanish definitely improved and I was reminded of how difficult it is to be in an environment where you are the only one who doesn’t speak the language. The family took me to their parents’ house for the final two days. I was treated to homemade paella cooked by a real Spanish grandmother and I got to see a bit of the countryside.

I think back to imagine what the trip would have been like if I had travelled with a group of friends (which is equally fun of course). I would’ve never met my Austrian friend, wouldn’t have made as many friends at the hostel, and wouldn’t have chosen to stay with a host family. The freedom travelling alone gives you can be scary but is also very rewarding when things work out. I came back to England feeling a lot more confident about myself – I just travelled across a foreign country on my own and I came back stronger and very much alive. I met such inspiring people and had experiences that I know I will remember for a long time to come. I know I won’t become a PT like my sister but I can’t wait for my next trip.