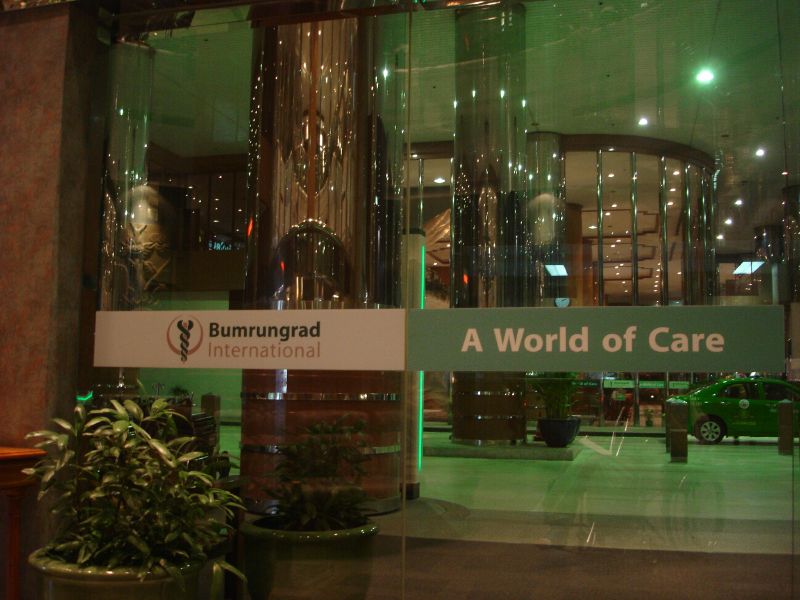 We love to travel. But our idea of travel and tourism is mostly associated with leisure, relaxation and getaways. What about the invisible – or rather low­-profile – underbelly to the industry?

Host countries are favoured for their medical advancement, shorter waiting lists, and reduced costs. Many Westerners opt for treatment abroad and combine this with a “rehabilitation holiday”. A heart bypass in Thailand may cost 75% less than it would for an uninsured American patient, for example.

The number of cosmetic surgery tourists is also rapidly increasing. They are fairly indistinguishable from the average tourist in that they, too, appear often in luxury resorts and sightseeing journeys.

Indeed, medical tourism can disguise itself very well in the form of recovery resorts that are carefully designed not to look like hospitals, as their purpose is to persuade patients that they are not patients but energized tourists who will go on sightseeing journeys and cave explorations a week after their surgery. Many tourists find the combination of surgery and travel unique and appealing as it allows them to feel less pain and escape the embarrassment of being recognised as a patient. The fact that they are in travel groups obscures their real motive for being on “holiday” and this is a crucial way for them to maintain anonymity. Away from those who know them, they are free to make drastic aesthetic changes which may carry social stigma.

There are many downsides to the medical tourism industry today. Sadly, it seems to be facilitating vast social inequity between upper and lower classes in terms of socioeconomic status and access to basic public services. The role of globalization may be taken for granted here, but it is important to note its complicit role in approving unbalanced distributions of wealth. Under pressure by supranational bodies like the World Trade Organization (WTO), countries like India have opened and liberalised their medical markets and allowed foreign tourists to come on month-­long visas specifically for treatments (which they can obtain at a tenth of the cost compared with in their home countries). The Indian government has shown its support of medical tourism as an economic driver, approving cuts to state subsidies and increased subsidies for hospitals catering to foreign patients. This has dragged many subsistence families and their relatives into deeper poverty, insufficient medical attention and needless to say, worsened health.

So with an economic incentive, host countries have a tendency to neglect the dire situation of their poor while continuing to promote their facilities to overseas patients. Western patients have an extremely sheltered experience during their stay at recovery resorts and remain blissfully ignorant of the harsh reality of the hierarchical healthcare system they are helping to create.

Medical tourism is not yet something majority of us practice, but if current trends continue, it will become far more commonplace over the next few decades.

This industry is exploding in many places all over the world. We cannot be sure of the consequences, but we can sure that this largely unseen facet of tourism will only grow in complexity, shaping the healthcare systems of the future.