A trip to Edinburgh

The first few weeks of Michaelmas term have already flown by and hopefully by now we’ve all settled back into a routine here in Durham. With travel restrictions having been lifted since the summer, this term is looking to be rather different than last year’s lockdown during this same period. With the benefit of Durham being well placed along the northern eastern railway, studying at Durham university provides the opportunity to take day trips or weekends away to some easily accessible, inexpensive and beautiful locations. With this in mind, Bubble travel is going to start a series on places to visit whilst living in Durham and I will begin with a personal guide to Scotland’s breath-taking and vibrant capital, Edinburgh.

Edinburgh is simply a direct train ride from Durham station to Edinburgh Waverley station. If you book early enough ahead of your visit, return tickets can be as cheap as £20.

The locations listed below are places I visited when I was in Edinburgh and only comprise a small part of the non-exhaustive list of attractions to visit whilst in Scotland’s capital city.

If you’re only in Edinburgh for a day and its your first visit, I would recommend spending most of your time along the Royal Mile, a succession of streets making up the Old Town of Edinburgh. It connects two royal residences, Edinburgh castle and Holyrood palace, and boasts many cathedrals and churches among other visitor attractions. Edinburgh has some of the cosiest cafés and this street is no exception, with for example the Saint Giles café, which serves some fantastic hot chocolates in a tucked away street just off the Royal Mile.

Although Edinburgh castle houses many important Scottish artifacts, as students we don’t tend to like spending £15 for admission. If you don’t want to pay for entry, Edinburgh castle still merits a visit as the outer courtyard in front of the ticket entrance, has some interesting information boards set up and offers views of the whole city. The daily one o’clock firing of the guns can also be heard from this courtyard. 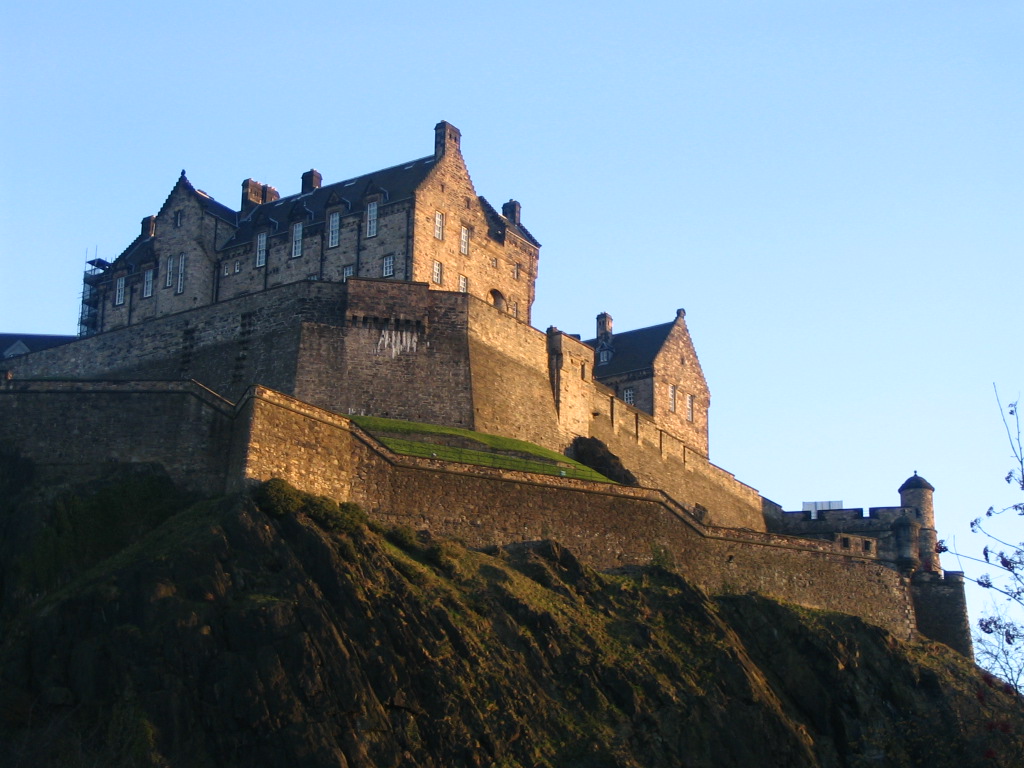 Located at the lower end of the Royal Mile, the museum of Edinburgh welcomes visitors for free. Housed in the historic Huntly House, this museum is a collection of rooms crammed with iconic objects from Edinburgh’s history and stories of the city’s people.

Greyfriars Kirk and the Kirkyard

This parish church and its surrounding burial grounds are unique destinations, just off the Royal Mile. The kirk holds a central and symbolic role in the history of Scotland; the National Covenant for example was signed on its grounds in 1638, starting the first Bishops’ war opposing the English ruler, King Charles I, and the Scottish covenanters.

The Kirkyard is also an exceptional location to visit as it holds some of the finest mural monuments of the 17th century. Some of the names found on the gravestones are ones that J.K. Rowling used in her Harry Potter books, like that of Tom Riddle’s. 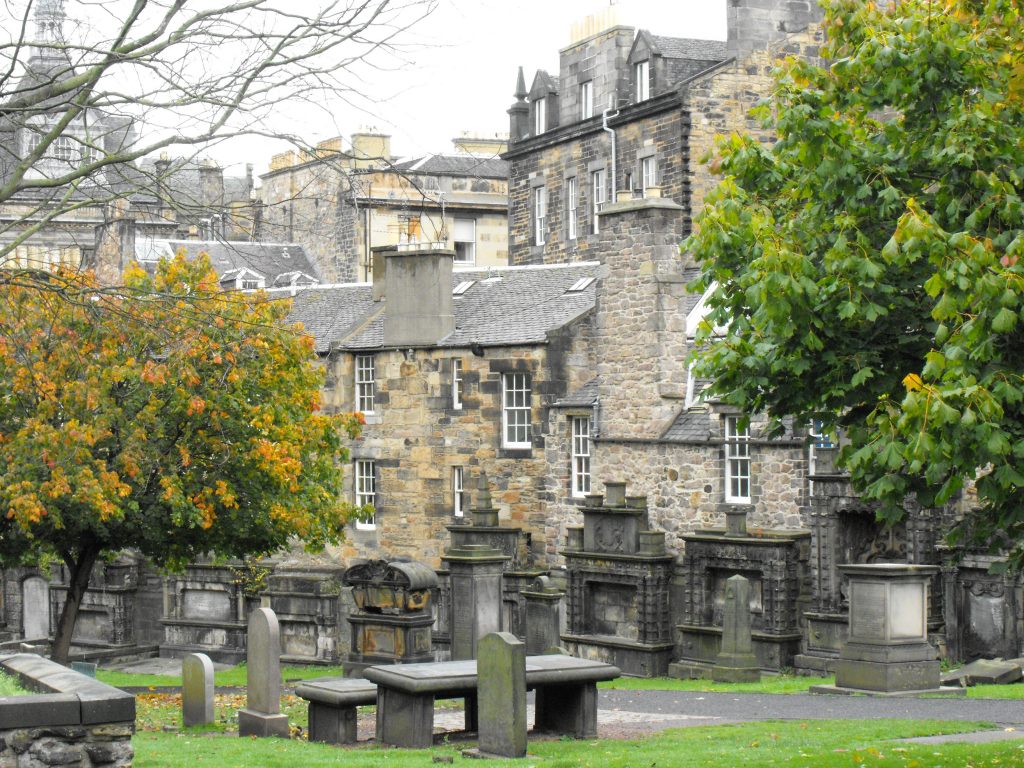 If you’re staying in Edinburgh for more than a day, the following attractions are ones further out of Old Town, that make a longer visit worth it.

This extinct volcano, older than Edinburgh itself, offers fantastic 360-degree views of the city. A walk through Holyrood Park, where the medieval remains of St Anthony’s Chapel can be found, is necessary to reach the peak.

Calton Hill is another location that offers fantastic views of Edinburgh. This area houses a collection of historic monuments, most notably the National Monument that was modelled after the Pantheon in Athens. The other monuments include Nelson’s monument, the Robert burns monument and the city observatory. 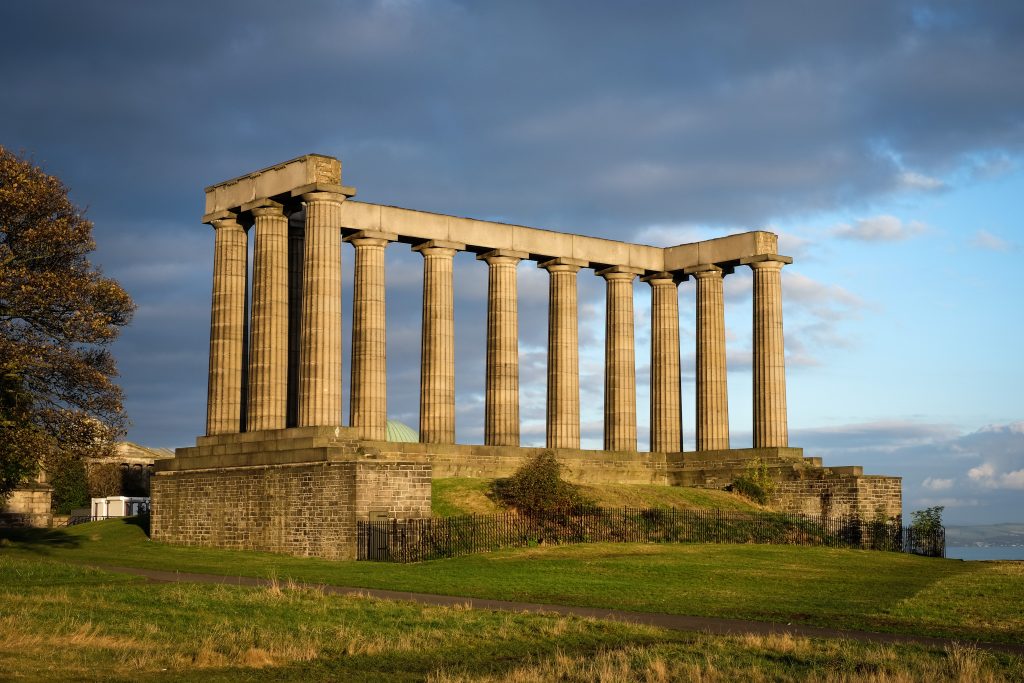 This attraction offers an unusual experience of what it would have been like to live through some of the city’s most gruesome times. It promises an unforgettable underground journey through Edinburgh’s darkest history using live actors, exhilarating rides and special effects.

Finally, what should convince you to visit Edinburgh, if this list of attractions hasn’t already, is Edinburgh’s nationally renowned Christmas market. The traditional Christmas market will be located in East Princes Street Gardens from the 20th of November to the 4th of January and will offer a wide range of bespoke products and tasty treats. 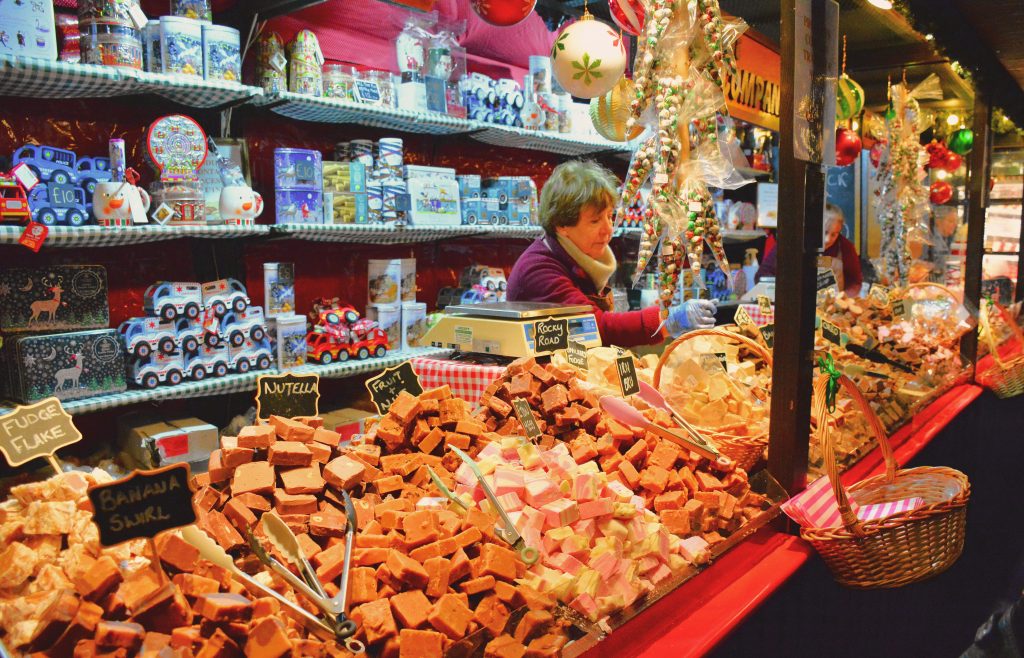 This guide to Edinburgh barely scratches the surface of what Scotland’s atmospheric capital has to offer. Hopefully you’ll now grab the opportunity to go to Edinburgh and realise this for yourself.