Instagram, Twitter, Snapchat, Facebook. It’s crazy how much social media can eat up your time. I didn’t realise this until I started looking at the screen time feature on the updated iPhone iOS, which would read on average 4 hours and 30 minutes per day. I know other people whose screen times read on average 8 hours per day, so I didn’t feel too guilty about my scrolling time, but I know it was still a lot of hours wasted.

The vast majority of this screen time would be spent on social media. I would scroll aimlessly on Twitter (though I’ll admit the memes did always entertain me), or open Instagram, which would unleash a continuous stream of bikini clad models, summer romances, and exotic beaches.

Meanwhile, I was stuck in my summer job office, working the 9-to-5 life to help raise money for my DUCK expedition to Argentina the following month. This was a unique opportunity: travelling to a part of the world I had never been to before, and volunteering on two extremely worthwhile projects. I saw that this would be the perfect time to detox from the social media bubble.

Prior to the trip, we were told, funnily enough, that we were to be without Wi-Fi for the first two weeks. This would be a massive help to my detox! My iPhone touchscreen had also been damaged just a few days before the trip. To my dismay, it deteriorated rapidly, making my phone impossible to use. Maybe this was a sign that I needed a break!

As I headed to the airport, I made the crucial move – I deactivated all of my social media accounts. This way I wouldn’t come back to an abundance of notifications (a bit too expectant, perhaps?) – my accounts would simply be (temporarily) removed. I was ghosting for a month. And it felt good.

I adapted fairly quickly to the world bereft of social media. It was easier than I first thought, as my group of other Durham students couldn’t access the internet, either. We had no choice but to actually talk to each other! 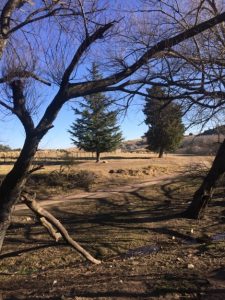 We were volunteering in a monkey sanctuary: it was far away from any town, hidden in the mountains, complemented with breath-taking views. We were given tasks throughout the day which kept us busy, though I often found my mind wandering to what was going on back home. What were my friends doing? What new music had dropped? Had we Brexited (lol, who was I kidding)?

As the days passed, I became more invested in the tasks we were given. I started to have less FOMO. I felt a closer connection to nature: being surrounded by various animals in the sanctuary, waking up early to stunning sunrises, and seeing infinite stars at night that lit up the night sky.

Thanks to the no internet situation, my team immediately bonded. When we weren’t working, we found pleasures in the classic past-times of card games, UNO, and charades; they kept us entertained and laughing for hours. No one was distracted by their phones.

After the first two weeks, we moved to Buenos Aires to volunteer for another charity. In the vibrant city, we finally had access to Wi-Fi. However, with my accounts still deactivated, I had no need for it. My only thought was that it would probably be a good idea to message my friends to let them know I was alive, and of course to update my family on my adventure.

For the last three weeks, I had no desire to re-activate my accounts or to find out what was happening back home. I realised I was far more focused in general – my mind wasn’t subtly pre-occupied. It allowed me to become wholly involved with my project of teaching English to children and adults, as well as taking photos of the city and enjoying the present moment, without feeling the need to post it on my Snapchat story or to think of a witty Instagram caption. 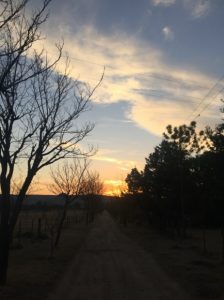 After the trip, I didn’t exactly jump straight back into the social media bubble, mainly because I needed to buy a new phone first. When this was done, I reactivated all of my accounts. I was excited to see what had been happening, but I didn’t feel that I had missed out at all. I got bored very quickly of scrolling through the various social media platforms. I subconsciously began to use all of my apps a lot less. I simply did not feel the need to open them.

I found this experience truly worthwhile. By spending a month in a beautiful country without phone distractions, I gained a whole new outlook on life. I no longer care about the trivial, materialistic things, like which Love Island couple has just broken up. I definitely spend less time perusing social media and have stopped going on my phone as soon as I wake up, browsing Twitter like it’s the morning newspaper. I am nowhere near as invested with the online world, and instead I am enjoying life in the real one.